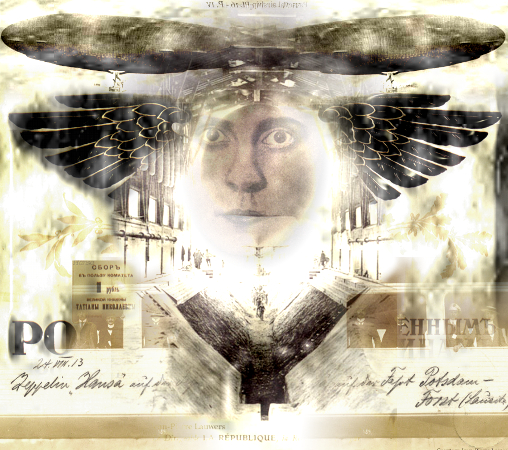 The first half of the 20th century was marked by radical ideas and the creation of the new technologies. The evidence of the time, photographs and posters, still carry the strength of this lost era. I feel that these visual fragments of history combined together, re-mixed with a new angle and in a new context, have power to reach the present generations. These images have dual purpose: to inspire… and to pull a person into a world so different from ours.

Artenza is where I put together a series of photomontages that reflect this period using genuine photographs, sketches and posters from France, Italy, Germany, the Soviet Union and other European countries.

I have studied fine art and alternative ways of expressing art for 10 years in Dubrovnik, Croatia and Vancouver, Canada.

You can view more of Damir's artwork at artenza.com, and he can be contacted by email at damir_radic@yahoo.ca.

Like Loading...
© Copyright 2008 Damir Radic
About Damir Radic
Bio to come.
No comments yet. Be the first!