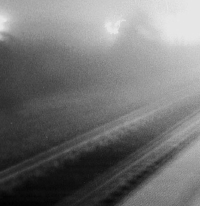 Something's not right in that train yard. That's what the old people say. That's also what the young people say. Something not right about those shadows or the way the cars sit in the darkness and moonlight like quiet animals. The way unquiet animals rustle and growl behind stacks of crates and under piles of scrap metal.

That train yard, we think that's where she comes from.

At night, a pale girl runs barefoot along the tracks that wind around our section of town. Everyone has seen her at least once. Growing up so near to the tracks, we saw her often. We saw her so much she became like an old friend, passing through on her way to somewhere else.

We got to know her so well, we began to bring gifts whenever we knew we'd be walking by the tracks. We brought her paper cups full of milk, bits of hard bread soaked in honey, and candy wrapped in brown paper. We left our gifts by the bend in the tracks, where the rails disappear underneath the bridge, wires humming overhead.

She'd run by, and we'd wave. Almost calling out to her but stopping ourselves in time. We knew it wouldn't be right. We didn't know her name. 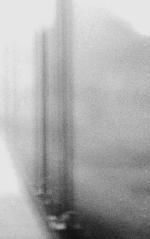 "In the old days, at intersections where the tracks crossed the road, they used to sing and dance and holler at the moon. Blew whistles and carried orange lights. Left the blood of black dogs smeared on the tracks. But not so much anymore," the old man told us. "No one does that anymore."

There's not a day or night without trains. We mark the hours by their coming and going. Everyone does. The howling of the engines disturbs no one.

For a few miles, along the western edge of the rails, there is a ditch six feet deep and full of water. The ditch water is full of slime and dead leaves, reflecting back the faces of pale women. There is also music, tinny and strange. Our grandfather warned us away from that bank, away from the hill that sloped sharply to the water's edge. Said if we got too close, we'd fall in and drown.

We stayed away from the water.

In the afternoon, we'd throw stones at the cargo cars as they rumbled past, small bone-white pebbles clanging off of their dark sides. At night, the trains woke us up. Shaking us out of dreams, their lights turned to burning torches as they screamed past through the darkness at the bottom of the hill. We watched from our window. Crossed our fingers and counted the seconds it took them to leave.

In the morning, we'd leave pennies. Three each, on the rails slowly warming in the early sunlight.

The trains took our pennies, and the barefoot girl ran with the trains—sometimes before them, sometimes after. If you went by the tracks at the right hour, you could see her. And some nights, if the moon was right, you'd see it shining on the tracks and on the wires, making them bright in the dark sky. Those nights, the barefoot girl would stop and see us, wave to us, her face pale but her eyes and lips dark. She'd wave us closer, wave us over the water and onto the tracks and under the wires.

She wanted us under the wires, those silver chains above humming with tension, the moonlit rails cool under our feet. And because she wanted us, we'd go. We'd go toward her, but always, somewhere, a whistle blowing and orange light bright in the darkness. Somewhere, a dog barking, and we would stop halfway down the hill and stand there. The water in the ditch would be black and white, still and flat as stone; and she, reflected in the water, would shake her head and frown.

We'd watch her turn and run, a white blur along the steel lines, and then we too would turn and run back up the hill and back home. 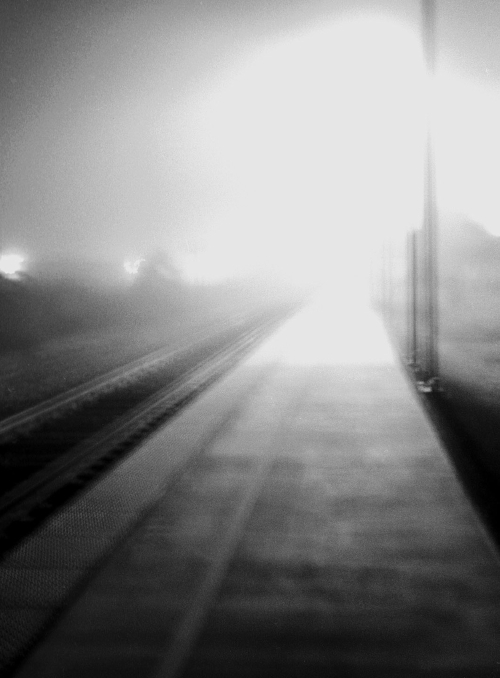