Since its coining in 2006 by author Catherynne M. Valente, the term "mythpunk" has been used among an ever-growing number of fantasy readers to describe speculative fiction and poetry that melds elements of myths, folk tales, and fairy tales with postmodern literary techniques and, quite often, feminist and multicultural perspectives. In this first of our four part series about mythpunk literature's history and future, Strange Horizons sat down with Valente to discuss what inspired her to call this movement mythpunk, her favorite mythpunk authors, and mythpunk's relationship to the works of J. R. R. Tolkien. 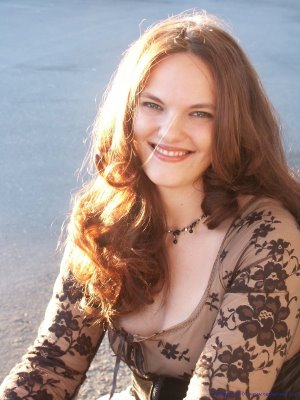 JoSelle Vanderhooft: First, let's go back in time to that 2006 LiveJournal post where you first coined the term "Mythpunk." What qualities about this term made it more useful than the other options you (playfully) considered during that conversation, like "ballet folklorica"?

Catherynne M. Valente: Good grief, I can't believe it was almost five years ago! At the time, it was really a joke—I mean, what's a spec fic literary movement if it doesn't have the word punk in it somewhere? I wanted to say that I felt that there was a commonality in some of the up-and-coming writers of whom I was a part, that a Thing was Going On, and mythpunk seemed concise and fairly clear on the face of it what it meant. I have always been surprised that it has become a Thing other people identify with and find useful—such is the danger of tossing off a blog post. Ballet folklorica was not really a serious consideration—it doesn't convey the energy and anxiety that I saw in the Thing Itself.

JV: Let's talk a little about the -punk suffix specifically, which has previously been used to denote movements like cyberpunk and steampunk. Why is -punk used to denote so many SF/F subgenres when we don't, say, have equivalents in mystery, thriller, or romance?

CMV: Honestly, I'm not wholly sure. I think cyberpunk has the distinction of being first on this little hill, but I could be wrong there. Maybe we're all worried we're not that punk rock. Maybe the long history of overlap between musicians and SF/F writers shows through.

I've always considered the appending of -punk to whatever other word to indicate that X is not merely being explored or ruminated upon, but in some sense broken, harmed, and put back together again with safety pins and patches, a certain amount of anxiety, anger, and messy, difficult emotionality expressed in the direction of X. Additionally, I look for some of the aesthetic of punk—they may be three chords used by everyone, but if you shred them hard enough and scream loud enough they can become something new.

I know everyone and their grandmother is sick to death of the punk movements, and the use of that word means pretty much automatically that people won't take it seriously. I didn't know that in 2006, nor did I ever really mean for it to be taken seriously. But I like the use of the word punk. I like the potential for explosive, energetic work the word implies. The potential for revolt and revolution. Of course, the -punks don't always live up to their potential. But who does? (I like the idea of -punks, Dash Punks, as a descriptor for those of us who write in the punk subgenres.)

JV: What's the -punk of mythpunk?

CMV: All of that, aimed at mythology, folklore, the fairy tales we grew up with that told us all about a defined world where we could only be a few things: princesses or witches, princes or paupers, wizards or hags. Mythologies that defined a universe where women, queer folk, people of color, people who deviate from the norm were invisible or never existed. It's about breaking that dynamic and piecing it back together to make something strange and different and wild. 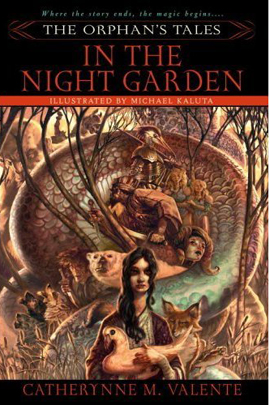 The Orphans' Tales: In the Night Garden, the first book in Valente's duology of interlocking, original fairy tales, is a textbook example of a mythpunk work.

JV:: A big part of mythpunk is, of course, postmodern literary theory. How do the two work together?

CMV: A while ago, I was asked to define postmodernism on Twitter, which of course means in 140 characters. This is an incredibly tough task, as more ink has been spilled on just what postmodernism is than in creating postmodernist art. I noodled around for a while with the idea of it as a toolbox, a series of techniques used to dismantle modernism, a group of metafictional devices meant to take apart the idea of a text as something cohesive, meaningful, and sacrosanct, etc. In the end, though, I finally came up with a short definition that satisfied me. It was:

Break it. It will be beautiful.

And that's what punks do.

JV: In that LJ post, you mentioned that most mythpunk authors were young, female, and small press. Why do you think this is so?

CMV: Well, I think women have a lot of ground to stand on when it comes to feeling anxiety toward fairy tales and traditional mythological narratives. Young people like to break things. And anything playing out on the edge is going to have truck with the small presses at some point, because small presses take big risks.

Now, groups of authors have interacted with myth this way before. Windling and DeLint and a whole crowd of them during the '80s dealt with mythic fiction in their own way. What I saw was my generation dealing with it in our way. I think some of us have grown up since then and done our thing in the bigger presses, but the size of the press doesn't really matter in the end. It's the work that matters.

JV: And why has mythpunk been largely a small press movement?

CMV: I'm not sure in 2011 I'd say it is anymore. I, certainly, have published my punkiness with big presses. I think you can find this stuff all over the place. I'm not even sure the extent to which I identify as mythpunk these days, which I suppose means it's a real movement, if the originator says such things. It's a useful explanatory term, not a prescriptive one.

But ultimately—all punks start out playing dingy clubs for no money, don't they?

JV: You've also said that the typical mythpunk author was "over Tolkien by roughly second grade," and indeed many mythpunk authors had or still have an interest in his work. While Tolkien is, of course, a granddaddy of fantasy as we know it in the West today, what role does he play in mythpunk specifically?

CMV: Well, I mean, I was being confrontational, and trying to differentiate mythpunk from the bulk of mainstream fantasy which is still in deep hock to Big Daddy T. The fact is, I am a Sindarin-speaking Tolkien dork, the kind that genuinely loved the Silmarillion and memorized the poetry. I love Tolkien. Thus, I have no desire to repeat his work. I think that great work can be done by confronting head-on the anxiety (of influence) toward Tolkien's dominant work, toward the assumptions and prescription of his incredibly pervasive memes. But that's different than the trend I was talking about. Tolkien himself was reacting to a long tradition of folklore and myth, going to the sources for inspiration. Afterward, many authors looked to Tolkien as a first source rather than a reaction, and a great deal of generation loss was experienced by the field as a whole. 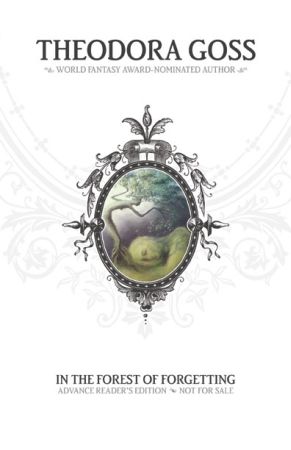 Theodora Goss's In the Forest of Forgetting is a collection of short stories that also fits into the mythpunk movement.

JV: Let's talk a bit about the performances around your novels that you have put on with S. J. Tucker and a number of other artists, which incorporate elements as varying as fire spinners and handmade jewelry. This combination of art forms has been given the name interstitial art, and several mythpunk writers also practice it. What makes interstitial art so appealing to the mythpunk writer?

CMV: S. J. and I started working together because we inspired each other, and were working on a similar wavelength. All the jewelry and fire and rope art and fiber and crafting has sort of accumulated for the same reasons in a tribal sort of fashion. A rising tide lifts all boats, and we all gather at the marina to help each other shove off. People come together around art that speaks to them, and it seems we were all warming our hands at the same fire. I don't think any one medium is better than any other, and more art, more beauty, more passion is always better than less.

I don't think anyone set out to blaze a trail. We all just looked around one day and realized how many of us were hanging out in the woods, and have started traveling together.

JV: In that vein, publishing is an ever-changing industry, and literary movements change just as rapidly. Where do you see mythpunk headed in the next decade?

CMV: I honestly have no idea. I assume it will change and become something wholly different—that's the natural lifecycle of literature.

Anxiety also reacts strongly to the political climate of the times. In this decade, we have had to cope with a government enchanted with magical thinking and simulations privileged over reality. It has deeply affected literature—I can no more predict the books of the next decade than I can predict the politics.

JV: Finally, if you had to create a mythpunk library, what books would adorn its shelves?

CMV: The trouble with subgenres is that you always want to reach back and find your foremothers, but I think it's unfair to claim books written before one started babbling about whathaveyoupunk. And maybe other writers don't want to be roped into it, and obviously I'll forget lots of people. So, you know, my books, In the Forest of Forgetting, Tender Morsels, Cloud and Ashes, Jeff Vandermeer's The Third Bear, the stories and poems of Amal El-Mohtar, CSE Cooney, Nicole Kohrner-Stace, JoSelle Vanderhooft—maybe even Charles Yu, who did this sort of thing with the folklore of science fiction recently.

Great interview and perspective on Tolkien!