For this week's Staff Stories, I'm interviewing our book reviews and columns editor, Dr. Aishwarya Subramanian. Aisha is one of our most dedicated, insightful editors, who has been with Strange Horizons since 2014. 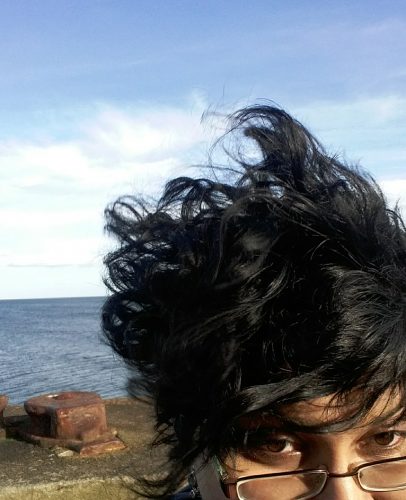 How did you get your start at Strange Horizons?

In the distant past, when Niall Harrison was reviews editor, I expressed interest in reviewing a book that looked likely to be terrible (it was). That was in 2010, and I’d already been reading Strange Horizons for some years. At the time, there weren't many online magazines that did the sort of genre-focused nonfiction that we did (there still aren't many), so it was exciting to me that this space existed, and that not being in the UK/North America/Australia didn't prevent me from being part of it—I'm still slightly amazed that anyone was willing to send a hardback, that no one really needed a review of, from the UK to a reviewer in India. For the next few years I did occasional reviews and roundtables for the magazine, as well as participating quite loudly in broader online conversations about SFF criticism. And then in 2014, when Abigail Nussbaum stepped down as reviews editor, I was asked if I wanted to be a part of a new reviews team, with Maureen Kincaid Speller and Dan Hartland. We've been working on reviews together for just over four years now.

How would you explain the way Strange Horizons approaches reviews?

We assign reviews in a few different ways—most often by sending out lists of available books to people who’ve reviewed for us in the past and matching reviewers with books we know they’re interested in, or by accepting pitches from reviewers. In some cases we’ll feel strongly that we’d love a review of a particular book by a particular reviewer and will approach them directly first. Once a review has been sent in, one of us will take charge of it. Eventually, after a few rounds of edits and correspondence between the editor and the reviewer, the review goes to the proofreaders and is readied for publication.

What the editing process involves depends largely on the review—an argument might benefit from restructuring, a reviewer might need to be nudged to go a little further, another may be so ambitious that they need to be reined in a bit to make a relatively short piece seem manageable and coherent. As a team, we're generally flexible about things like format and voice and style, and we don’t draw a clear line between reviews and criticism as long as the result is interesting and insightful.

(There’s more information about the reviews department here, if anyone has been inspired by this to contact us!)

What makes a good review? What’s one of your favorite reviews that you’ve either written or edited?

What I look for in a review is, primarily, a way into a book (or film, television series, etc.) that I might not have had. Good reviewers bring their own context, or interest, or expertise to the text, and locate it in a wider world—and convince you that these contexts matter. As a reviewer, I know I've always felt happiest with the reviews that allowed me to get on my own particular hobby-horses (such as the spatial politics of adventure stories); as a reader I love a reviewer that can carry me along on theirs. (For example, this review—incidentally, not one I edited.)

I also think that the best reviews are fundamentally ethical. This might sound a bit silly to some people—and most reviews probably aren’t unethical—but I like to see integrity and kindness (to the world, if not necessarily to the book), and a sense of what’s at stake. What I’m getting at is something that Phoebe Salzman-Cohen (who is a great reviewer and this is probably why) described in a recent review, as “a book that asks questions honestly, with an investment in doing right by its world and in our own.” A review can do that, too.

The reviews I'm proudest to have edited are some of those that were most difficult to edit—often because a reviewer is trying to do something genuinely big and complicated. It would probably be unfair to name names, but there's a real sense of, not just personal achievement (this piece of writing is good and I helped make it so), but of collaboration and shared purpose when you're working with a reviewer who cares about making the review as good as it can be, and who trusts you enough to work with you. 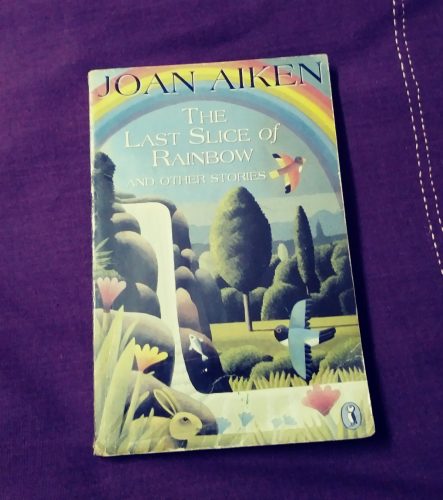 What do you feel has been exciting in children’s literature lately?

My focus, academically, is children's literature from the UK, which as you're probably aware has often been pretty terrible at racial inclusivity (and other sorts of inclusivity, but race and empire are what I work on). The last few years have seen some hopeful signs—writers like Alex Wheatle, and Catherine Johnson and Kiran Millwood Hargrave and Patrice Lawrence, who are doing things that are ambitious and stylistically innovative, and are actually being recognised and rewarded for it, and (of particular importance to me) we’re seeing a number of works of historical fiction that attempt to deal more honestly with Britain’s imperial past. It's been exciting to watch this progress, and sometimes participate in it. I'm only cautiously optimistic (children's publishing has made these advances before, only to revert to its former state), but it's been a difficult few years, and so I'll take cautious optimism.

What’s one book you liked as a child that you still love as an adult, and why?

I don't think I've ever actually stopped loving a book I loved as a child. Most of them I now read very differently (I did an entire Ph.D. thesis on the children's fantasies I grew up reading; it was bound to happen), but knowledge of, say, a book’s awful politics has never come with the kind of intensity that would kill my feeling for the book—in many cases I probably enjoy the book more now that there’s more to get my teeth into.

But a book I liked as a child that I still love in exactly the same way: that'd have to be Joan Aiken's The Last Slice of Rainbow. This was the first collection of Aiken's children's short stories I read; I think I was about 5 or 6 when I borrowed it from somewhere and never gave it back. (Whoever you are: I'm not sorry.) Aiken is as close to a perfect writer for children as I can imagine—she's both so clear and so strange. I lost my stolen copy of the collection years ago, but managed to track down one of the same edition and when I reread it, with Margaret Walty's illustrations, I responded to it with the same sense of joy that it has always given me.

Oh no, you've clearly seen me talking about this on Twitter. Some backstory here: My family moved back to India midway through the 1990s, and for the first several months we lived with my grandparents. They had one TV, and only had access to the state-run channels, and so my earliest consumption of Indian media was somewhat streamlined. But so much of it was fantasy: at the time, the most popular/widely accessible TV channel in the country had at least two major fantasy shows—my grandparents were regular viewers of Alif Laila and Chandrakanta. (Last April SH had a roundtable discussion as part of its India special issue—someone mentioned Chandrakanta and the book it was based on, and I was genuinely shocked that it hadn't loomed as large in the participants' 90s imaginations as it had in mine.) I was a child, and none of this struck me as particularly unusual. Since then, I've not only developed a sense of history, but I've discovered and loved some of the weird, camp, epic fantasies that Bollywood occasionally produced from the late 70s onwards (incidentally, I loved this recent piece on Ajooba, a film in which Amitabh Bachchan is the lost heir to a fantasy kingdom, who is raised by a dolphin and becomes a vigilante superhero)—it seems to me that there's a tradition, or an aesthetic, there, of which the cultural moment I walked in on in 1995 is a sort of tail end, and which is separate from the genre histories and personal canons of a lot of Indian fans, even those of us who remember it. And I want to understand this and find ways to think through it.

This isn't to say I want any sort of 80s Bollywood revival—like most things, it's linked to a particular moment in culture, and would likely not work outside it (and honestly, whether it worked inside it is debatable). But a critical return, yes—it's so different from current mainstream Indian mythological fantasy, and there's so much to unpack by someone with the interest (which I have!) and expertise (which I could acquire!) to do so.

It's possible that all of this is just a pitch for a book-length critical piece on Alisha Chinai's "Made in India." 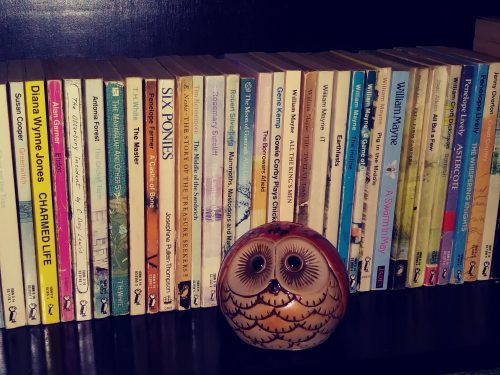 Choose three objects that someone who knows you might find on a shelf, and think immediately of you.

Like Loading...
© Copyright 2019 By: Vanessa Rose Phin
By: Aishwarya Subramanian
About Vanessa Rose Phin
Ness is a queer Baltimorean with a gaming habit and a fondness for green things. At home, Ness works as a learning designer and developmental editor; at cons, ve is the damned morning person and extrovert your mother warned you about. Ve started as an articles editor at Strange Horizons in 2012, and loves interviewing people.
About Aishwarya Subramanian
Aishwarya Subramanian lives in the North of England and the North of India, writes about children’s books and empire, and can be found at http://www.practicallymarzipan.com/blog.
No comments yet. Be the first!