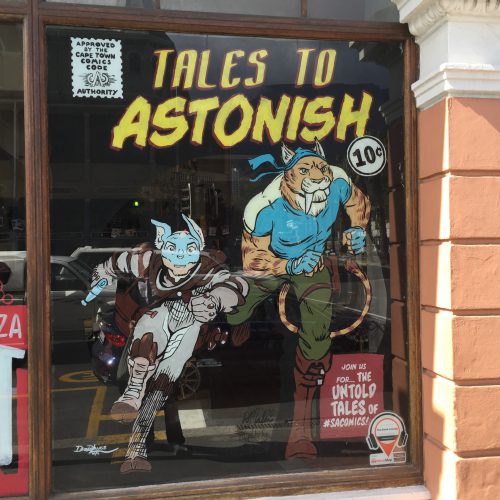 Some of these writers are in trouble.

Black South Africans are still under-represented in publishing, despite new efforts like Blackbird Books. This is truer of prose fiction than it is for TV and media, and is true for SFF, more so perhaps than even literary fiction. The list of writers I haven’t been able to interview is evidence of that.

Since the time of these interviews a very few black science fiction voices have emerged that I didn’t know about in 2016—among them Khaya Maseko, author of Mashu oMusha (2017), and T Q Zama, author of the novella Skyborn.

Most of the SFF-friendly black writers I did meet, like Efemia Chela, Ntone Edjabe, or Samuel Kolawole, are expats from other countries. The only South African-born SFF writers I was able to interview were Unathi Magubeni, Ziphozakhe Hlobo, and Mandisi Nkomo—and of these only Mandisi is an SFF fan.

The divisiveness of South Africa did make it harder for me to know about black writers. Fred Strydom and Efemia Chela warned me when I interviewed them. There probably are edgy young SFF writers coming out of the townships, but being who I am, I’m not well-placed to find them.

I wouldn’t want to be a white South African science fiction writer.

In the first place, white South Africa, when not being aggressive or eccentrically hip, can be stuffy and conservative.

Like so many things in South Africa, being old-fashioned is a product of bafflement, self-interest, dishonesty, and fear. You snub people when you know you are being snubbed. The industry knows that some good South African literary writing is being ignored by the rest of the world, basically because of who the writers are.

Literary South Africa still announces on its publishing websites that submissions of fantasy or science fiction will not be accepted. And so Toby Bennett has to look for publication abroad or to self publication.

At the same time, as we have seen, bookshops promote sales of (foreign) SFF to boost Christmas profits. Some literary writers resent the international profile of SFF writers like Lauren Beukes. The same writers are resented by some black South Africans (evidence: people speaking off the record).

More people speak Afrikaans (many of them not white) than English and they read genre fiction, mostly crime and romance. Historically, some of South Africa’s finest SFF was written in Afrikaans—for example Die Hemelblom (1971) by Jan Rabie. Many of these Afrikaans writers publish in translation in Germany and the Netherlands. While I was there, Deon Meyer, one of South Africa’s bestselling writers, published Koors, his first science fiction novel. I just missed interviewing him because of a scheduling conflict.

It’s touching how calmly some white Anglophone writers accept that the world is more interested in black voices from Africa. They expect reviewers to focus on black contributors to anthologies.

Rehearsing your wokeness to strangers so they will give your story a fair reading is part of the job. The writers are practiced at it—and sometimes sound like it. Even so, they can use their names, their mother-tongue English, and their cultural affinity for speculation, to simply melt into the wider SFF publishing world, selling to the USA.

South African writers can find publication in other African countries, free from their country’s limitations.

Nikhil Singh’s novel Taty Went West was first published by the Kwani Trust in Kenya. Omenana magazine recently published one of Toby Bennett’s stories, and The Ake Festival included a fine story by Stephen Embleton in its 2016 Festival publication.

Where is a writer like Zinaid Meeren in all this?

Zinaid may be right that a South Africa that works will be one in which your racial identity is of little interest. But right now progressive politics ARE identity politics.

As Zinaid has discovered, if he denies the necessity for racial identity, he will run up against what he calls the detractors—people whose aesthetics are built around issues like the representation of identity, or who try to push him into a convenient identity.

Always there, twenty three years after apartheid ended, the first and last thing you notice about Cape Town is its inequality ... the stretches of township, the white houses on the hills. And how that inequality is still built on race.

To be simplistic: South Africa suffered a double whammy—both apartheid AND colonialism. It may have dealt at least partially with apartheid. But too many legacies of colonialism remain.

So South Africa lags behind much of sub-Saharan Africa culturally and socially—perhaps now even economically. Nigeria’s economy is a third bigger.

An unreconciled generation of students and professionals have become decolonialists. They are intolerant of the failings of white allies, and regard the ANC as Rainbow-Nation sell-outs. They know perfectly well that white people are comfortable with the Struggle because they can blame apartheid on the White Other—Boers perhaps, or apartheid Nazi thugs.

But decolonialization means them.

The literary industry may become a particular target along with universities, as centres of white culture. The decolonialists are fed up with white professors, publishers, reviewers and writers holding the floor and keeping the gates— literally buzzing customers into the Book Lounge.

For an analysis of the role of culture and language in South Africa, you can listen to the lecture by Professor Mahmood Mamdani at UCT , streamed by Mandisi Nkomo on his blog, The Dark Cow. Part of the Professor’s argument is that South Africa must re-tool linguistically, funding new forms of black languages just as it funded the modernization of Afrikaans (the Professor calls the funded retooling of Afrikaans ‘affirmative action’ and the greatest act of decolonizaton in South Africa’s history—to surprised but delighted laughter).

Mandisi picks up on the brief mention of Afrofuturism to argue that one of the paths to decolonization may be science fiction by Africans. That, I think has been implicit in the argument for SFF by Africans from the beginning.

Structures hold you and channel you. In South Africa, SFF despite itself and the intentions of all these good people, embodies the division.

Like Loading...
© Copyright 2017 By: Geoff Ryman
About Geoff Ryman
Geoff Ryman is Senior Lecturer in School of Arts, Languages and Cultures at the University of Manchester. He is a writer of short stories and novels, and science fiction and literary fiction. His work has won numerous awards including the John W. Campbell Memorial Award, the Arthur C. Clarke Award (twice), the James Tiptree Jr. Memorial Award, the Philip K. Dick Award, the British Science Fiction Association Award (twice), and the Canadian Sunburst Award (twice). In 2012 he won a Nebula Award for his Nigeria-set novelette "What We Found." His story "Capitalism in the 22nd Century" is part of Stories for Chip, edited by Bill Campbell and Nisi Shawl and published by Rosarium.
One comment on “Endnote: Embodying the division”
Strange Horizons - Ziphozakhe Hlobo By Geoff Ryman