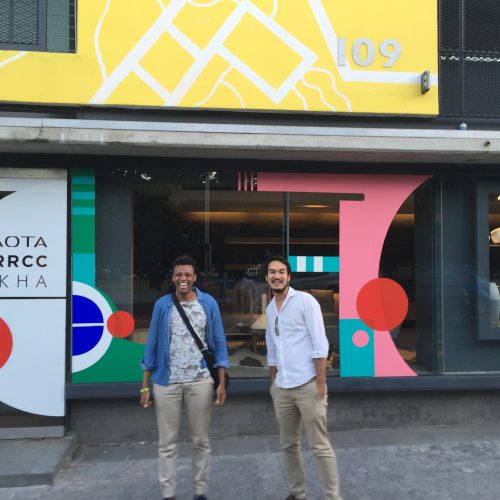 Cape Town can be a lot of fun

In November 2016, the banner outside the Harbour Front branch of Exclusive Books offered a Christmas escape to a traditional world of “Princesses, Giants, Fairies and Dragons.” A fantasy realm that has nothing to do with Africa.

A lot of the time, bookshops in Cape Town feel like an escape from Africa. At times, literature itself feels like a respite from where you actually are. 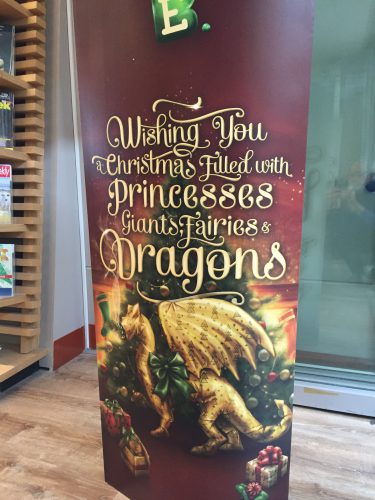 Whether you sink into the pleasures of Margaret Atwood, John Updike, or H. P. Lovecraft—or just want to reassure yourself that you were part of the Struggle—bookshops offer a restful ambience of elevation and contemplation. And in the case of the Book Lounge, a grill across the door so that staff have to buzz in the customers.

Science fiction and fantasy are linked to diaspora, and this is overwhelmingly true of South African SFF—only, this diaspora is white and brings with it a knack for speculation and maternal-language skills. 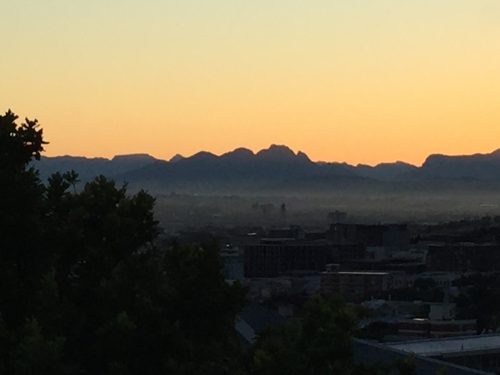 You may be struck by how often J. R. R. Tolkien is mentioned in these interviews.

Diane Awerbuck can’t stand him on the grounds of literary quality. Mandisi Nkomo rewrites him into an alternative version of the SWAPO struggle. Toby Bennett had Tolkien read to him as a child—but prefers Michael Moorcook.

Tolkien is a huge influence on fantasy worldwide, so it’s no surprise to find that he’s impacted South Africa. Indeed, by the definitions of the African Speculative Fiction Society, Tolkien is an African and The Lord of the Rings is by an African.

The Lord of the Rings feels to me very South African, a product of that white diaspora, with its yearning for European roots. Yes, Tolkien’s family moved back to Britain just before he was four years old. But we are told somewhere that character is formed by age five. As a young child in Bloemfontein, Tolkien would have been surrounded by languages—at least Afrikaans, English, Sesotho, Xhosa, and Tswana, and possibly more. The young Tolkien would have heard and seen a variety of peoples.

Is there a great English novel that from the roots of its inspiration to the tip of its presentation is so obsessed with languages and their variety?

Is there an English novel so preoccupied with oral literature? That too is a typically African theme. In fact Alex Ikawah in his interview prefers The Silmarilion to LoTR because it so resembles traditional storytelling.

Tolkien feels South African in other, less happy ways. For him, race helps determine character. In his fantasy all good things come out of the West (indeed one of his high civilizations is sometimes called Westernesse). Whether they look like Asians or Africans, the humans who fight on elephants for the Dark Lord come from the South and the East.

Yet in The Lord of the Rings: The Mythology of Power, Jane Chance felt able to proclaim that “Tolkien provided a voice for the dispossessed” (p. 8) The Hobbits are not only a cutesy version of the English—they are non-human Everyman figures. The hike across Middle Earth is a chance to meet all its various peoples, who are uniting politically against the grey sameness of Sauron.

Tolkien appears to have felt that in creating so many languages and peoples he was showing that goodness reveals itself in variety, diversity.

This too makes him typical of South Africa—he tried to imagine a Rainbow Middle Earth.

Here be people who confront South Africa, analyse it, and in some cases, ignore it.

Like Loading...
© Copyright 2017 By: Geoff Ryman
About Geoff Ryman
Geoff Ryman is Senior Lecturer in School of Arts, Languages and Cultures at the University of Manchester. He is a writer of short stories and novels, and science fiction and literary fiction. His work has won numerous awards including the John W. Campbell Memorial Award, the Arthur C. Clarke Award (twice), the James Tiptree Jr. Memorial Award, the Philip K. Dick Award, the British Science Fiction Association Award (twice), and the Canadian Sunburst Award (twice). In 2012 he won a Nebula Award for his Nigeria-set novelette "What We Found." His story "Capitalism in the 22nd Century" is part of Stories for Chip, edited by Bill Campbell and Nisi Shawl and published by Rosarium.
One comment on “Introduction: Traditional belief for white folks”
Strange Horizons - Diane Awerbuck By Geoff Ryman