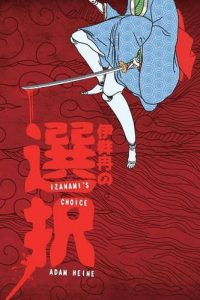 Those of us with a working knowledge of more than one language, or dialect, or for that matter register (so the vast majority of us, globally speaking) will be familiar with the practice of code switching, which is a slightly highfalutin way of saying "mixing languages." It's often done for the overlapping reasons of concision, precision, or interpersonal effect. The first two of these are largely ideational, as the speaker reaches for a signified which is more efficiently expressed by a signifier in one language than the other, and so slots something from language A into an utterance otherwise in language B. If it's a word that fills a denotational gap deemed salient by enough people, then it may be imported into the other language wholesale, from whence English gets sushi, ennui, schadenfreude, etc. All well and good.

The third reason—interpersonal effect—is in many ways the most interesting, as the speaker switches languages in order to signal something to their audience by the very act of doing so. The textbook examples of this are politicians with multilingual electorates, attempting to claim inclusion within whichever demographic whose votes they are currently soliciting. It can also be done to achieve something of the opposite, by appropriating positive perceptions of the other in order to claim inclusion with them, as opposed to the listener. The hoped-for effect is usually to suggest a certain élan, a certain savior faire, a certain je ne sais quoi. The actual effect is often only a certain prétention.

And then there's: "That is an invitation, ne?" Ne being an end-of-sentence confirmation request/question marker that serves a similar purpose in Japanese to a rising intonation or tag question in English, and which is usually translated as the latter: isn't it? The speaker is Shimada Itaru, the protagonist of Adam Heine's debut novella Izanami's Choice. Shimada is a private investigator and former samurai in a steampunk Japan at the turn of the twentieth century, here interrogating a jinzou (meaning "artificial." Or possibly "kidney."). We are led to understand that both he and the robot are Japanese, so in the absence of any suggestions to the contrary we assume that the unseen hand of the author is, as per convention, translating the dialogue into English for us. What we have here then is a speaker switching to Japanese from, er … Japanese. I'm assuming the hoped-for effect was to indicate a certain Japaneseness, in case the cover, title, setting, characters, and everything else about the book were insufficient to the task. "Jinzou" works as an in-universe neologism, as an ideational marker for something lacking a sufficiently congruent English equivalent, but that "ne" is an extradiegetic imposition. This type of code switching, from "translated" to "untranslated" dialogue, can only exist within the artifice of a mediated work: it's not Shimada switching his languages to signal something to the droid, but the author switching Shimada's languages for him, to signal something to us as readers. The unseen hand thus comes flapping into view only too clearly, scraping its fingernails down the blackboard of immersion and flicking Vs at our suspension of disbelief.

This is not the most auspicious way to open a story. I'd like to report that things improve thereafter, but at only eighty-eight pages this book doesn't have much after there. In some ways its brevity is a strength; the narrative is a rapid succession of robots, ronin, and roustabout swordplay. The plot proper kicks off in the second chapter when Shimada meets a droid who has become self-aware, with a gap in her memory coincident with the murder of a prominent politician. This inevitably leads our hero to a shadowy mastermind driving a conspiracy at the highest levels of society. Putting the idiosyncratic use of Japanese aside for a moment, if the prose isn't going to win any prizes for lyricism, then it does strike a stylistically (if not metaphorically) coherent balance between taut and fluid, moving the story on through a succession of well-constructed action scenes to a suitably high-stakes conclusion.

The book's brevity, however, also seems to encourage and exacerbate a number of problems, because there's a novel's worth of plot here, and in trying to cram it into a novella it feels like too much of the fat got cut elsewhere; too few words are expected to achieve too much work, and, as with that efficiently location-establishing but transcriptionally incoherent ne, they occasionally buckle under the strain. Taken separately, none of these expediencies are individually terminal, but the cumulative effect is not one I got along with too well. Fat, after all, is what really gives meat its flavor, and this is very lean.

It's also slightly ill-starred that Izanami's Choice invites comparison with two of 2016's more toothsome works of alternate history—Nisi Shawl's Everfair (which is very good), and Peter Tieryas's United States of Japan (which is less superlative, but nonetheless reaches for some very challenging ideas). Quite apart from the similarities in their worldbuilding premises (steampunk and Japanese alt-history respectively), both these novels evidence very clear conceptual impetuses. I'm not sure I recognize the impetus of this novella, beyond that maybe someone thought it'd be cool to publish a conspiracy thriller featuring AI and samurai. And they'd be right, it is cool, but I couldn't in all honesty call it enough. The "what ifs?" explored by Shawl and Tieryas are used as jumping-off points for wider considerations of universally significant themes. The "what if?" of Izanami's Choice is used as the jumping-off point for more jumping. And running, and slashing, and stabbing, and hackneyed musings on the notion of a samurai's honor.

At this point we'll pause for a brief historical diversion, because one of the main reasons this book feels underdone is that its themes and setting could, and arguably should, complement each other very nicely indeed. (Why write about these things in this place at this time if not?) The established narrative runs as follows: Modern Japan was birthed during the Meiji Restoration of the late nineteenth century, which saw the overthrow of the Tokugawa Shogunate, the ending of over two hundred years of "closed country" policy, the reinstallation of the emperor as the locus of constitutional authority, and an initially tentative but soon headlong rush to claim membership of the new world order. As with any significant societal shift, it was a result of a complex series of interlocking factors, but a key catalyst is often seen as the arrival of a fleet of American warships led by Matthew Perry (not that one), who rocked up in Tokyo (then called Edo) Bay in 1852 making various pronouncements about trade and open borders and also, by the way, have you seen our massive batteries of cannon? This only-too-real exemplar of Banks's Outside Context Problem heightened already bubbling tensions, creating an existential crisis within the Japanese elite of which the restoration of the Meiji emperor was merely the most immediate result. It prompted a concerted effort to "catch up" to the Great Powers through the importation of Western knowledge and technology, and spawned a deeply ambiguous relationship with modernity, as embodied by the West in general and America (Japan's default other) in specific. This ambiguity continues to the present day.

Izanami's Choice, then, in being set some fifty years after Perry's arrival describes a time and a place in which considerations of technology and the other were of the utmost significance. By throwing robots—the technological ur-other—into the mix, Heine creates a milieu saturated to weeping point with allegorical potential. Sadly this potential is then squandered almost entirely; the glimmer of metaphorical promise aside, there is nothing here that hasn't been done before, and with greater conceptual depth or stylistic flourish. The characterization isn't missing so much as workmanlike and perfunctory, and while for the most part the book manages to avoid blatant orientalism, it instead emits an eager yet clichéd awkwardness regarding its Japanese aspects. To give just a few examples: sensei is repeatedly used as a title when it should more properly be an honorific (so "Sakakura-sensei," not "Sensei Sakakura"); Shimda's dead son is called Mugen, which probably means "infinity" and is therefore a Significant Name (and possibly an anime or video game reference), but is not a name used by anyone in the real world these days or, as far as my enquiries allow, one hundred years ago; and the immersion-breaking code switching extends well beyond the spattering of ne, ranging from the mundane konnichiwa to the frankly weird use of gyufun as an expletive ("cow dung," so could be made to translate as "bullshit" but in actual use has all the emotional force of "fertilizer").

Many of these ejaculations come courtesy of the protagonist, seemingly based on the real-life figure of Shimada Ichiro, whose historical significance can be measured by the fact there's an English Wikipedia article on him but it's only a single paragraph long (the Japanese one barely fills a screen). If you're at all worried about spoilers, then you'll probably want finish this book before reading the link, but then if you care about being surprised by how a story unfolds you'll probably want to finish this book before reading pretty much any significant SF about robots or artificial intelligence written in the last half century. For all the book's breakneck speed, I had to summon up genuine resolve before starting the final act because by then it had become clear there was nothing coming I hadn't already experienced many times before, courtesy of Asimov, Gibson, the Wachowskis, and the like. These influences sometimes get nodded to quite nicely (green flipped-kana code raining across a screen, for example), but are never really expanded on, pastiched, or even parodied, just kind of reproduced by rote. Unlike the jinzou it features, the story never evolves beyond the quick and efficient implementation of predictable functions; it's sadly ironic that the very flaws Shimada ascribes to the droids at the start of the book are the flaws of the book itself.

The jinzou weakness—the one reason Itaru could fight successfully against them at all—was their predictability. He had fought hundreds of jinzou in his lifetime, and although their skills evolved in clever ways, the basics never changed. (p. 7)

As I attempt to wrap up this review (if only because I'm running out of synonyms for "efficient") I should acknowledge that I'm judging the book by what it could be as much as what it is, but what it is is a competent novella that feels like the plot synopsis for a much better novel. It all just needs more room to breathe: more space for nuanced character development; more red herrings to muddy up the predictably linear storyline; more exploration of the huge conceptual potential of the worldbuilding; and, of course, more confidence in the reader's ability to recognize things as Japanese without distractingly nonsensical linguistic intrusions. Put all that together and it'd be a very inviting proposition indeed.

Like Loading...
© Copyright 2017 By: K. Kamo
About K. Kamo
K. Kamo has master's degrees in globalization and applied linguistics and teaches in Japan, facts that are more related in theory than in practice. He blogs at this is how she fight start and occasionally tweets. He also regrets not choosing a less abstruse pseudonym.
No comments yet. Be the first!