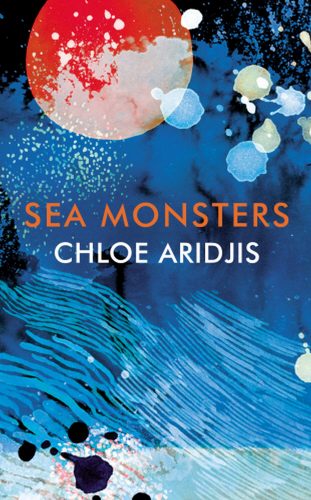 A young woman named Luisa lives with her parents in a middle-class district of Mexico City. She meets a young man named Tomas and is drawn to his wildness, the mysterious way he appears and disappears from her life. For Luisa, Tomas seems to stand directly in opposition to her daily routines, the seemingly inevitable progression from school to university to a respectable career. When she reads an article in a newspaper about a troupe of Ukrainian dwarfs who have defected from their circus tour and taken refuge at one of the beach resorts of Oaxaca, she suggests to Tomas that they travel to the coast themselves, to try and find them. Tomas is astonished by her suggestion—does she really think her parents will grant their permission? Luisa responds that she intends not to tell them. The two travel together on an overnight bus, arriving at Zipolite, well known as Mexico’s only nudist beach and a hippy hangout. They rent an open-sided palapa furnished with hammocks and quickly become assimilated into the beach culture. One night, under a full moon, Luisa spots two of the dwarfs at the edge of the sea, gazing up at the sky, but when she informs Tomas about the sighting he does not believe her. After some days, Luisa’s father turns up. Luisa’s parents have found out about her friendship with Tomas, and her father has been trekking up and down the coast in an attempt to locate her. After spending a night in a hotel close by, father and daughter return to Mexico City. The end.

This is not a speculative novel—the sea monsters of the title are the infamously strong currents just off the coast, through which many swimmers, both locals and tourists, have come to grief—but it does make gestures at speculation. The troupe of dwarfs on the run from a cruel master, the mysterious stranger Luisa refers to as the merman—in both cases these are real people, yet the author’s conscious allusion to more fantastical texts is clearly apparent, and it is no coincidence that the book Luisa feels most drawn to, that she carries everywhere with her as if it were a bible, turns out to be Les Chants de Maldoror, by the Comte de Lautréamont, the pen name adopted by the French-Uruguayan writer Isidore Ducasse.

Ducasse died at the age of twenty-four, the victim of one of the epidemics sweeping the capital during the Siege of Paris in 1870. His works—influenced by Milton, Byron and in particular Baudelaire—make precocious use of collage techniques, taking excerpts from the works of other writers and inserting, distorting, or quoting them in the manner of an early attempt at cut-up. His ideas, his flouting of literary orthodoxies, and his recurring obsession with the battle between good and evil exerted a considerable influence on the work of the Surrealists some fifty years later.

Les Chants de Maldoror is a prose poem in six cantos, dealing with the exploits and misadventures of a sinister figure named Maldoror reminiscent of Maturin’s Melmoth the Wanderer who has forsaken Christianity in the pursuit of his own desires. On his travels, Maldoror encounters fantastical creatures, such as a phantom tarantula and a giant glow worm, in scenes that utilise surrealistic and often violent imagery in a stream-of-consciousness style of narration. A sizeable part of Les Chants de Maldoror concerns the conflicting relationship between the human evils suffocating the city and the wildness of the coast.

Drawn to Goth subculture as she is, Luisa feels an affinity not only with the strangeness and twisted logic of Lautréamont’s text, but with the solemnity and conviction with which Ducasse pursued his vocation as an artist, a dedication that seems to her to become almost sanctified—like Rimbaud, like James Dean—in his early death. We are not surprised to find Luisa listening to The Smiths and Joy Division, a passion she shares with Tomas as one of the only interests that truly unite them.

Her growing disenchantment with Tomas—he is no Maldoror, after all, just a lad who likes smoking weed and loafing about on the beach like everyone else—leads Luisa to seek new excitement in the figure of the merman, a near-silent figure on to whom she finds it easy and thrilling to project her desires. As we progress through the novel, it seems inevitable that Luisa’s infatuation with this mythic “tall dark stranger” will also prove illusory.

The story of Sea Monsters presents a hundred alternative possibilities for resolution. As Luisa and Tomas travel for many hours on an overcrowded bus, the reader cannot help but think of other narratives in which teenage runaways have come to violent harm: snatched by people-traffickers, kidnapped by serial killers, spirited away into the jungle by drug cartels. If you pick up the novel looking for this kind of drama you may go away unsatisfied. Luisa is not on the run from abusive parents, she is not even unhappy. Her nocturnal bus journey is not the start of a nightmare. Rather, it marks the beginning of an interlude, a necessary breathing space for an intelligent and independent young woman as she approaches adulthood and the choices such a transition necessitates. At heart, Luisa is aware that her time on the beach at Zipolite will be very temporary, a short space of time snatched from the reality of one life to be enjoyed before the inevitable commencement of another. 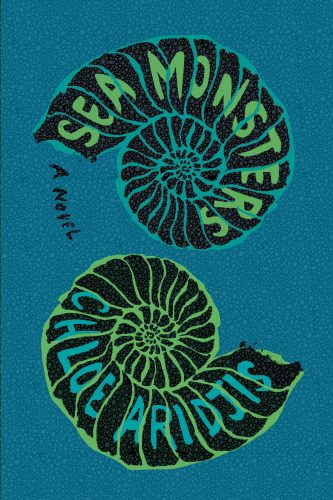 It is in this shimmering on the borderland, the boundary between the quotidian life of the city and Zipolite’s world of dreams that Sea Monsters allows us its most potent glimpses of the fantastic: the troupe of dwarfs, the merman, the prince who morphs back into an ordinary boy, appearing to us almost as phantoms through a fine mist of sea spray. In its vision of an unreachable paradise, Aridjis’s novel, with its idealistic protagonist, its lost Eden, its liminal spaces, brings to mind another classic of the near-fantastic, Alain-Fournier’s Le Grand Meaulnes. That the narrator of Sea Monsters is a woman marks the work’s originality and significance: in the canon of novels that deal specifically with a protagonist’s creative coming-of-age as well as sexual awakening—think Le Grand Meaulnes itself, Nabokov’s Mashenka, Martin Amis’s The Rachel Papers—the overwhelming majority of protagonists have been male.

Such a narrative is Roma, the 2018 film from the Mexican director Alfonso Cuarón, in which he maps the landscape of his adolescence and the people and events that helped to shape his evolution as an artist. Having recently seen and enjoyed this remarkable film, I found a pleasing synchronicity in the fact that Aridjis’s Luisa also lives in the part of Mexico City known as La Roma, albeit twenty years later and not long after the 1985 earthquake that devastated the city; and that both novel and film—like Lautréamont’s Maldoror—explore the drama created through the parallel realities of city and coast.

One of the defining characteristics of Cuarón’s film is its scintillating black-and-white cinematography. By contrast, the pages of Sea Monsters reverberate with the incandescent, saturated colours of a beachside hippy colony in the heat of summer. Yet both works convey the same sense of space, of expansiveness, of hiatus, the sense of a particular moment in time that cannot be recaptured or revisited except through art.

The language of Chloe Aridjis, like the camera of Alfonso Cuarón, assumes the perfect register for what is being described, an expression of what I find I can only call pure beauty:

One afternoon not far from the hut I spotted a group of people lying on the sand, three on their backs and two on their stomachs. I couldn’t help but fear they were victims of some nautical calamity; their positions looked wrong, crooked, arms and legs jutting out at awkward angles as if they’d been cast out of the hut lice dice, or else washed ashore by the waves, left to the chance of the ocean’s directives, a random throw that had created this perturbing configuration. I was debating whether to raise the alarm when someone’s beach ball struck one of the motionless bodies, the impact of which made the woman jump up in her black-and-white polka-dot bikini and shake a fist and start yelling in Italian, addressing an imprecise spot in the air since the owner of the ball, most likely intimidated, failed to materialise. Her yells ricocheted off the dozing bodies of her companions, two boys, a girl and a man, who sprang up jack-in-the-box, and soon everyone was awake, and incontestably alive.

With each word in every sentence perfectly weighted to produce not simply an impact but a meaningful impact, the music of Sea Monsters is sumptuous and lingering but never overwrought, reminding us that some books are so achieved, so effective in their rendering of a scene, so complete within themselves they make criticism seem superfluous to requirements.

Like Loading...
© Copyright 2019 By: Nina Allan
About Nina Allan
Nina Allan's stories have appeared in numerous magazines and anthologies, including Best Horror of the Year #6, The Year's Best Science Fiction #33, and The Mammoth Book of Ghost Stories by Women. Her novella Spin, a science fictional re-imagining of the Arachne myth, won the BSFA Award in 2014, and her story-cycle The Silver Wind was awarded the Grand Prix de L'Imaginaire in the same year. Her debut novel The Race was a finalist for the 2015 BSFA Award, the Kitschies Red Tentacle, and the John W. Campbell Memorial Award. Her second novel The Rift was published in 2017 by Titan Books. Nina lives and works on the Isle of Bute in Western Scotland. Find her blog, The Spider's House, at www.ninaallan.co.uk.
No comments yet. Be the first!