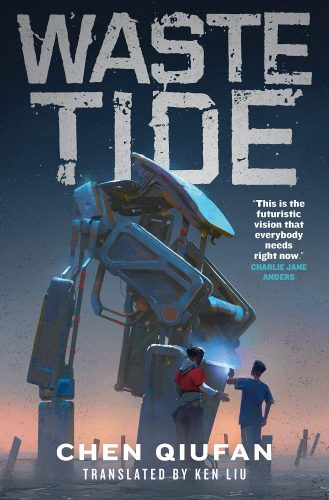 In late 2016, the novelist Amitav Ghosh asked why climate change—and, more generally, the “era of the anthropocene”—remained a neglected topic in contemporary literary fiction. Ghosh observed that fiction that did deal with climate change was invariably “relegated ... to the genre of science fiction.” He then went on to argue that this was because the modern novel was distinguished by “the concealment of those exceptional moments that serve as the motor of narrative ... the modern novel ... has never been forced to confront the centrality of the improbable: the concealment of its scaffolding of events continues to be essential to its functioning.”

While Ghosh’s argument may appear a bit too glib, it does reveal a possible reason why it is indeed science fiction that has squarely confronted both climate change (“cli-fi”) and the larger question of how we address the era of the anthropocene. A genre characterised by thinking about—and thinking through—the improbable is naturally equipped to deal with a time in which the improbable has become real. And Chen Qiufan’s Waste Tide is an exemplar of just that: a science fiction novel that is all about climate change and about the anthropocene, composed of a series of events that are improbable when taken alone, but are bound by an extremely plausible chain of causation.

Silicon Isle is one of the world’s dumping grounds. An island off the southern coast of China, it is a giant e-waste recycling centre. Caught between corrupt—and opportunistic—government officials on the one hand, and warring clan factions on the other, the workers of Silicon Isle—the “waste people”—live a precarious life amidst electronic detritus. Into this (literally) toxic atmosphere comes Scott Brandle, a representative of the TerraGreen Corporation, sent to negotiate with the government (and, by implication, the clans that hold the levers of economic and social power) about the setting-up of a new environmental and recycling project. But Scott soon finds himself caught up in the internal politics of Silicon Isle, even as his own motives come under increasingly uncomfortable scrutiny. Meanwhile, his assistant, Chen Kaizong—a Chinese-American returning to his birthplace after a long gap—falls in love with Mimi, one of the waste people. And matters come to a head when, after being tricked into what appears to be an innocuous helmet, Mimi finds herself changed, and then hunted by both Scott and the most powerful of the clan leaders. Through a chain of scattered clues connecting the Cold War, forbidden medical experiments, global supply chains, and the radical environmental movement, it turns out that Mimi inadvertently holds a secret that can change the world—for better or for worse.

Waste Tide stands at the intersection of many traditions of science fiction. There is, of course, SF’s perennial preoccupation with the side-effects of unregulated human experimentation, driven by ambition (or greed), and which inevitably spirals out of control. In Qiufan’s vivid descriptions of the mutations suffered by both landscape and life in Silicon Isle, we see shadows of Philip K. Dick’s classic Doctor Bloodmoney (1975), or, more recently, Jeff VanderMeer’s Southern Reach trilogy (2014), although Qiufan’s writing style—an interesting mix of fervid, florid, and detached—is most reminiscent of the Strugatsky Brothers’ similarly themed Roadside Picnic (1972) (except that there the cause of the weirdness was not human activity, but alien intervention).

Then there is SF writing that, in its examination of the anthropocene, speaks to—and directly engages with—the specific logic and inner workings of a particularly amoral global, corporatised economy, its impact upon both environment and society, and the unique cast of characters intertwined with it: from its “economic hit-men” apparatchiks, to its victims and targets, and to its resistors. Here, Waste Tide is in conversation with recent writing such as Annalee Newitz’s Autonomous (2017), or the later work of Cory Doctorow.

But most vividly, Waste Tide is in and of the contemporary tradition of Chinese SF. While its translator, Ken Liu, has warned against the stereotyping of Chinese SF, noting that “for every subgenre that you can identify in the West, be it cyberpunk or biopunk or social critique fiction, you can find some analogue in the Chinese science fiction community,” it is difficult to imagine this novel being set anywhere else. This is not simply because of the rich sense of place that defines it (through landscape, language, food), but also—as Liu pointed out in that same interview—because it reflects contemporary Chinese society in identifying the issues that are caused by “the way so much ‘progress’ has been compressed within a few decades.” That, of course, is not unique either; but perhaps what is (relatively) unique is China’s particular iteration of these factors, its position in the world as both global rule-maker and (still) at the receiving end of global supply chains, as both an advanced technological society as well as home to sweatshops. It is those internal contradictions—confronted, as well, by other recent examples of Chinese SF writing such as Hao Jingfang’s “Folding Beijing” (a point discussed elsewhere)—that come to characterize the world of Waste Tide.

These features—jostling for space in an often polyvocal novel—make Waste Tide a distinctive contribution to contemporary SF; it is participating in a “global science fiction tradition,” we may hasten to add, again following Ken Liu. It is a tradition that—as we have seen above, in each of its facets—squarely grapples with the structures that dominate our world today and, following one of Ursula Le Guin’s last exhortations, begins to “envision alternatives to how we live.” What is also interesting about Waste Tide is that it avoids the trap of crafting those alternatives upon the back of heroic individual action. Indeed, Waste Tide is perhaps among the few contemporary SF novels where it is collective action that plays a pivotal role (albeit an incomplete one, because those individualistic structures will not, after all, be demolished even by a single spurt of collective action, no matter how spectacular).

To do all this in the space of a single novel requires, of course, a prose style that can sustain it. Qiufan—and Liu, in translation—give us an idiom and a language for the anthropocene. It is fast-paced, and lushly described, its metaphors a combination of physical surrounding and William Gibson-style techno-punk:

Numerous nodes of complex data surfaced like reef islands in the sea, forming a confusing maze. Scott lifted his hands and, like a conductor facing a symphony orchestra, traced our graceful arcs in the air. His hands shifted through a dazzling array of gestures, which the high-precision sensors caught and translated into digital signals that acted on the corresponding information nodes: moving, magnifying, folding, unfolding, revealing details, building connections ... A flashing web gradually took shape, a network of irregular topology that exuded the beauty of a twisted rationality. (p. 195)

In the rain, the traffic crawled through the city’s main arteries and capillaric side streets like gleaming blood. (p. 288)

When metaphor and image falls into place, the effect—as above—is brilliant. But there is also a sense that Qiufan tries this a few times too many, coming up short either with over-description, or with giving us extensive personal reflections that “tell” us far too much about the characters’ interior landscape by way of dry information. These instances do, at times, put a rather frustrating brake upon smooth pace that Waste Tide establishes on the whole.

And on a separate note, for a novel that is, for the most part, so aware of the global structures that shape our world, there are patches where the writing is oddly blinkered. For instance:

Since the FDA strictly regulated clinical trials conducted in the United States, many high-risk drug trials had been moved to developing countries: Iasi, Romania; New Delhi, India; Megrine, Tunisia; Santiago del Estero, Argentina – in these corruption-ridden, mismanaged regions of the world, hundreds, even thousands, volunteered to be trial subjects for pennies ... (p. 251)

“Corruption-ridden, mismanaged regions of the world”? Really? Surely our understanding of corruption and mismanagement—especially in the context of the global pharmaceutical industry—is more nuanced than petty quid-pro-quo arrangements? And in the context of that pharmaceutical industry, where the systematic capture of regulatory bodies—especially in places like the United States—has led to skyrocketing drug prices, this binary between the (apparent) rule-bound drug regime in the United States and the lawless “developing” world is all the more glaring; it is, after all, a matter of record that low-priced, high-quality generic drugs developed in India were of significant help in stemming the AIDS crisis in African countries, at a time when American drugs had been made unaffordable thanks to that country’s patent regime. And unfortunately, such ahistorical, almost throwaway references are scattered throughout Waste Tide: apart from jarring references to “the Third World,” I spotted a particularly bizarre mention of “the hellish slums of southern India” (p. 191) (India does have hellish slums; they’re just not that common in southern India). While this might seem nit-picky, or an overdose of political correctness, it does matter: if science fiction in 2019 is to be global, then it must also leave behind lazy and parochial world-views. It would be a great pity if the decentering of SF nonetheless ended up replicating some of the flaws that have dogged it for a long time.

These complaints aside, Waste Tide as a story of our world is urgent, sharp, and convincing. Its English translation took six years (the book was originally published in 2013). We can only hope that for Qiufan’s subsequent novels, the wait will not be quite that long!