Regime change is a bitch, and we never saw it coming. Although I suppose nobody ever does. One day you're in public service, the next you're out of a job. One day you're on top of the world, the next, in the gutters of the Emerald City and being driven out of there, too.

One day you have wings, and the next you crawl.

Louis-Chance is the leader now, for our generals are all dead. He was a porter once; they did not think he was dangerous enough to kill, and it's easy to see why. He's bent from age, exhaustion, defeat, as well as the sudden lightness on his back. He wants us to bide our time, up on the mountain where nobody goes. If primates were meant to fly, he says, the Great Monkey would have given us wings himself. We have transgressed horribly, my fellows. It is no more than we deserve. She offered us wings; she gave us somewhere to live, all the fruit we could eat and throw, travel opportunities, learning and leisure. It was a good life: I can't see how we could have offended by taking that which was given.

There was no way we could have known.

And then one day we came home and she was naught but a puddle on the floor. We collected as much of her as we could for a decent burial: some had already leaked through the cracks in the flagstones, run into the drains and then the river and the sea, and was lost for good. We poured what was left around the roots of a mighty oak, meaning to tend it until the end of our days. But there was no place for us in the New World Order, no place for monkeys and trees amidst scarecrows and men of tin and other artificialities.

We were tried, and we were found guilty. To this day I'm not sure what exactly the charge was.

I still have nightmares, some nights, of those last days: the smell of burning flesh, the pain in my back, the shouts that followed us for days and nights of nonstop running, running some of us had never done in our lives. The blood that marked our path until it stopped, and the tears that kept on going.

She gave us wings; the mob lined us up, one by one, and took them away again.

It hurt more than I expected from the sounds of chopping coming down the line. It sounded more solid: like an axe moving through nerveless, stubborn wood, something that could offer at least token resistance to the blade. The wings made no sound as they were piled high in the centre of the green-paved square, feathers ruffling in the afternoon breeze.

"Death to the Witch!" they cried as the torches came down and the stink rose into the air. "Death to her kingdom!" 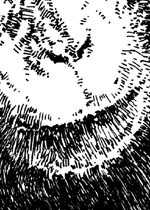 There is little to eat; those we have not lost to pain or injury we are losing to despair. Those who are still brave, still strong, are building a life. Our gardens are not like her gardens. Our caves are not like her castle, and when we pluck fruit from the trees we have nursed so carefully in crevices, away from the wind, we have to climb their rough and horrid trunks.

These days, we do a lot of waiting.

We wait for their anger to heal, for their memories to fade, for our next generation to be born and weaned. For this I believe: the wings of our children will be their own. Not grafted: inseparable from their small brown bodies by axe or trial or fire. They will hunt through the skies, play in the clouds, alight on the tops of trees instead of reaching from below. They will bring us news of the world, delicacies from afar, sights to be tasted and savoured on cold nights. They will not walk, or crawl, or beg. 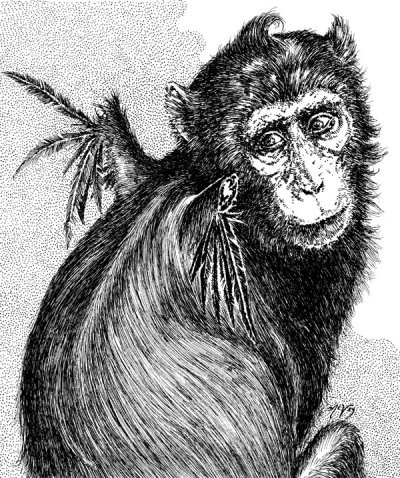