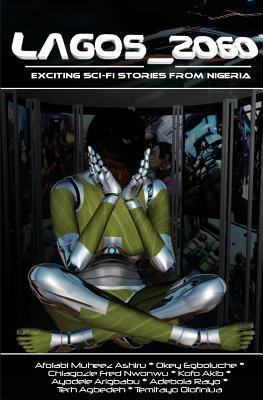 An update on the contributors' work since the anthology, according to Ayodele:

… has continued to write SFF, focusing on a comics series, Tales of Conquest , working with USA-based artist Scot Mmobuosi. It's still not out, but a preview is available here.

… when he contributed to the anthology, Okey was both a journalist and mainstream fiction writer for Author Me, AfricanWriter.com, and Author's Den. Recently he had a mainstream story "Cash Money" published online by Brittle Paper.

… had been doing a lot of SF before Lagos 2060. He was probably the most committed to SFF. He's gone on to found with Chinelo Onwualu the online magazine Omenana and to publish many stories. Read one of them, "Deletion," in Saraba magazine.

I've not seen anything from her. I don't know if she's done a lot of writing. We are friends on Facebook, but I haven't seen her post about any writing… I found what I thought was her page under a slightly different name.

… went on to become a speechwriter for Fashola (probably the most successful mayor Lagos has ever had) and was a member of the Pen Circle as well. Not seen much of her work since then.

… was a journalist, for a local paper. I am sure he has written more fiction and some SFF as well. I know he is a member of the African Fantasy Reading Group on Facebook, where he publishes a lot of micropoetry. He tells us he is working on a new science fiction story.

… I collaborated with her on African Futures, a three-city event funded by the Goethe Institut in 2015. She did a story that I curated set in a place in Lagos called computer village where you get hardware and parts. She re-imagined it in the future. We thought it up like a game—three narratives, three different people. Their narratives get conjoined at one point.