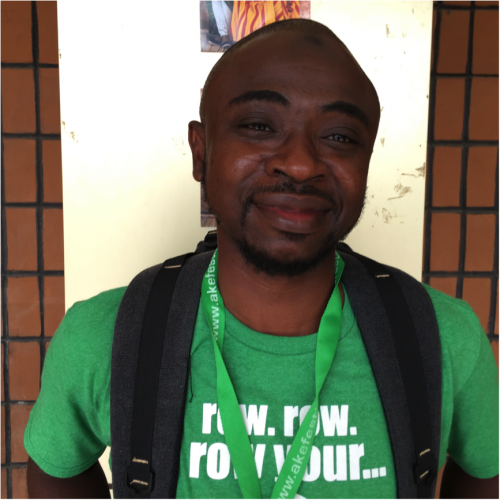 There were five frogs in the room. One of them leapt at Dele. There was a clicking sound as Dele fired. The silencer ensured that there was no loud gunshot. The bullet struck the frog in the middle of its abdomen while it was in mid-air. The frog scattered into many parts, as blood, limbs and entrails showered the living room. It was similar to busting a sachet of water in mid-air. Tara screamed. Another frog tried to attack. It leapt from one side of the living room towards the humans. Its leap was so high that its back was just a few inches from touching the ceiling. It was aiming for Dele’s head. He saw it coming in an arc from above. The frog met the same fate as its compatriot. It was dispatched with a pinpoint shot which left it in several pieces.

Two more frogs leapt at them. Tara shielded her head with her handbag. The frog hit the bag with a heavy thump. In spite of her fear, she managed to get the frog off her bag by repeatedly hitting it on the floor. Once the frog was on the floor, she stamped on it. Her shoe heel was slightly pointed.

From “Amphibian Attack,” published in Lagos 2060

Ashiru Muheez Afolabi was another contributor to the workshop anthology Lagos 2060. “Amphibian Attack” was about killer mutant frogs being eradicated by an engineered virus. In person, Ashiru speaks with a deep voice and authoritative manner that matches his job as a facilitator and trainer for mature business students.

He approached the Lagos 2060 workshop and cooperative after reading about it.

Ashiru: “I’m not exactly sure if I saw it on Facebook or in one of the daily newspapers. I can’t remember which one. I had read about Ayo (Ayodele Arigbabu, the editor) somewhere. I had never written SF before. I decided, ‘Let me give it a shot.’ I went to the workshop, and getting there, I liked what they were talking about, liked the idea. I came up with this story about mutated frogs attacking people.

“The workshop was very helpful. I remember Chris—I can’t remember his surname—he played his song, a love song. In three minutes his song told the story. So he broke it down in different ways. Like you could write a short story that could be expanded into a novel or could be ten episodes of a TV series. Ayo spoke about science and what Lagos was going to be like in 2060. He gave the writing a kind of scope and definition.

“Being the kind of person who likes a little horror, a little action, a little fantasy, I interpreted it my own way. I came up with that story. I like animals a lot. Most of my stories there’s one form of animal involved or the other. All those things shaped my mind about Lagos 2060.

“The story was written in 2010 and the book didn’t come out until 2013. We had a book party to launch it at the British Council. It was fun. I enjoyed myself, but I was not too happy. Because of all the people I know, I thought there would be a lot of people there. But from my family, only my brother was there. My dad was happy about it but couldn’t come. In all about eleven people came; three were buddies from high school.”

GR: “That sounds pretty good—you had eight people to support you.”

Ashiru: “If you say so (Laughs). That was my first time. I flooded social media with it.”

GR: “Friends on Facebook are not really friends. Your friends showed up. So, what happened between then and now?”

Ashiru: “There is a story I finished in 2008— That’s the only full-length novel I’ve ever written, 70,000 words long, titled The Bush Baby Expedition. I went to pitch it earlier this year to the New York Writers Workshop.”

Ashiru: “Yeah. I went to pitch it to three different publishers. Two of the publishers showed an interest; one replied saying that he liked the concept of the story but did not like my style. The other is yet to reply.

“When writing it, I had a Western audience in mind. It was written in a universal way where anyone could pick it up and understand it. I use very simple words. I wanted any Dumb Dick and Harry to be able to read it.

“Right now, I’m also finishing off a novella for Guardbridge Books, who published Myriad Lands, an anthology of fantasy stories set outside Europe, with stories by Tade Thompson and Dilman Dila.

“I submitted a story to it that was not complete, and the publisher got back to me and said, ‘Make it a novella.’ That one, I am still working on it. I have been lazy about it, but I am almost through with it. It’s called ‘The Land of the Gods.’“

Ashiru has also self-published two works: a review of Yoruba traditions and a novella. 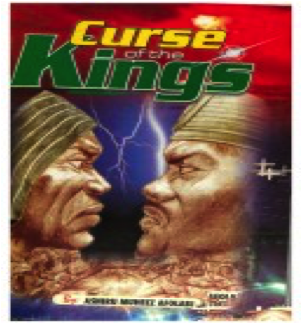 shiru: “One of my publications is called Curse of the Kings. It’s a cultural fantasy set in ancient Yorubaland. A king had a lot of wives, he was powerful, he had magical powers, and he was a warrior. He fancies a lady, but an oracle had warned him to be careful of women.

“The lady he fancies is betrothed to one of his chiefs. The chief is his best friend and they had fought many battles together, but he uses his powers as king to marry her, so his chief plots his downfall. The chief succeeds—but the gods have something else planned for him.

“There is some magic but it’s mainly historical and cultural, a traditional Yoruba story of wars and politics.

“Self-publishing is extremely taxing, and I’ve never made the money back. I’m more interested now in publishing online, to sell soft copies of it. I haven’t explored Kindle yet. The other problem I have is that I am looking for someone to edit it to a very high standard before I get it online. It doesn’t make sense to do that myself.

“I’m lucky in that my parents helped, especially my dad—he encouraged me. He didn’t want me to have a conventional nine-to-five job.”

I ask him to talk about his job.

Ashiru: “I work as a management trainer-consultant with the Administrative Staff College of Nigeria (ASCON). I’ve been there since 2008, teaching business and management skills. They call it facilitating, as I work with adults, not students.

“It’s a demanding job, so it’s not easy to find the time to write. Sometimes I’m not in the mood and it can drag on so long. One problem is I’m a TV addict (Laughs). But it does get in the way, catching up with The Walking Dead, Green Arrow, and The Flash. But I also get ideas from them.

“Once I tried to write a script for TV, but I have not had the opportunity to get trained in different aspects of writing. I have so many ideas for stories and jot down notes.

“When I was a kid, I spent my time watching so many cartoons—Terrahawks, Voltron, Care Bears. I read a lot of comics, anything colourful. Transformers—I collected those. And fantasy books. So many Enid Blyton books. There were terrible Nigerian magazines. Every week, magazines like Prime People, junk magazines that told a lot of impossible stories. I also read many other Nigerian stories I can’t remember. Most of them were about a tortoise, which is considered a smart and cunning creature in a lot of Nigerian folklore. I read the Pacesetters series of novels which were popular in the ‘80s. I also read a book by al Rumi (the great Islamic poet). The stories became clearer once I became older.

“I enjoyed being in New York. I also went to Atlanta, Boston, and Philadelphia. I’m a big football fan of Juventus in Italy. I’d love to go see them play. In Africa I’d like to see Rwanda. I don’t know why I’m so attracted to it. Maybe because it’s in a postwar situation and it’s interesting to see the recovery.”

We talk a bit about Cambodia’s recovery from a similar catastrophe, and then arch back round to Africa.

Ashiru: “African science fiction is on the right track. I’m seeing stuff that makes me think that anything is possible, from District 9 to Omenana. I don’t get great online access so I’ve not read much of the online comics—but I’m wowed when I see them. Watch out for Africans. This is the last virgin place for stories.”

Ashiru wasn’t at the 2017 Ake Festival—he had gone to the USA to study. He wrote me an email to update me on all his activities.

I’m working on the ‘Tales of Conquest’ comic book series. The website is under construction www.talesofconquest.net. The idea behind ‘Tales of Conquest’ is to develop comic book stories in an anthology form. We wanted to develop stories about ancient wars of conquest that most people (especially people in the Western world) know little or nothing about. We decided to start with African stories since there isn’t too much out there on ancient Africa. We intend to start with Nigerian historical stories and subsequently branch out to other countries and cultures. The stories focus on the sociocultural and political interaction amongst and within ancient empires. The interplay of this interaction often led to war and conflict. Through a combination of fictitious and sometimes real characters and events, the stories are told with a healthy dose of humor, suspense, and intricate twists. The aim of the stories can be summed up by calling them the Three Es; Educate, Enlighten, and Entertain. I'm working with an artist friend, Scott Mmobuosi, on this.

I'm also working on a story with the working title 'The World's Last Hope' about an alien invasion after a nuclear war. Africa has to deal with an influx of refugees—while fighting the aliens.

I have finished ‘Land of the Gods’ and I'm still waiting for Guardbridge Books’s final decision. He also showed interest in Curse of the Kings. We are looking into publishing the two-in-one book.