It's back, by popular demand. Last year, following VIDA's analysis of the gender balance at mainstream book review venues, we put together a similar count for (some) sf venues. VIDA repeated their count last month, so here we are again. Thanks to Liz Batty, Liz Bourke, Martin Lewis, Juliet McKenna and Abigail Nussbaum for help preparing this year's analysis. The raw data can be found in this Google spreadsheet.

Notes on methodology: we counted the number of reviews of prose books (novels, short stories, and non-fiction) authored or edited by women and by men, with appropriate fractions in cases with multiple authors or editors, published in each venue in 2011. We also counted the number of men and women reviewing for each venue, that is, the number of people who had at least one review published in that venue in 2011. We included reviews of non-2011 books. We did not track numbers for individual reviewers across different venues. We did not track the specific genres or subgenres reviewed. We did not track coverage in non-review formats (e.g. essays, interviews). We've used bar charts rather than pie charts for ease of comparison. In all charts, women are in blue and men are in red.

As last year, we set out to provide some context for the count by making a count of Locus books received listings, which is the best proxy I'm aware of for what gets published in the sf field. We counted the US and UK listings for March, June and September 2011. Overall, 47% of titles listed were written or edited by women, 53% by men; that's closer to parity than last year. It also obscures a large difference between the US and the UK. In the US, last year, Locus received very nearly equal numbers of books written/edited by men and women. In contrast, only 1 in 3 books received from the UK was written or edited by a woman. To repeat the caveats from last year's survey: Locus listings include all books received, not just 2011 titles (so, for instance, a reprint of Frankenstein or new editions of every volume of A Song of Ice and Fire would be included). Multiple books by the same author are counted separately, so this doesn't tell us what the overall proportions of men and women involved in the field are. Gender assignment is based on assumptions, and may not be accurate if people don't identify as men or women, or if there are many pseudonyms in use.

Percentages, in alphabetical order by venue. Summaries at the bottom. Asimov's continues to have a very small, all-male reviewing staff. Unsurprisingly the highest representation of women on both counts. New entry not counted last year.

The Magazine of Fantasy and Science Fiction A substantial increase in the coverage of women since last year. 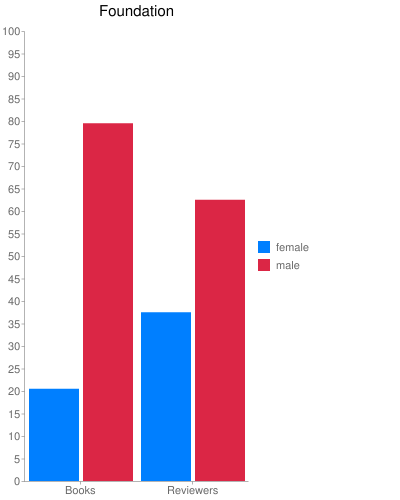 The Cushman effect described last year remains in effect; that is, excluding Carolyn Cushman's column, which covers 8-10 books per issue in short (paragraph) reviews, Locus covers 35% works by women and 65% works by men. 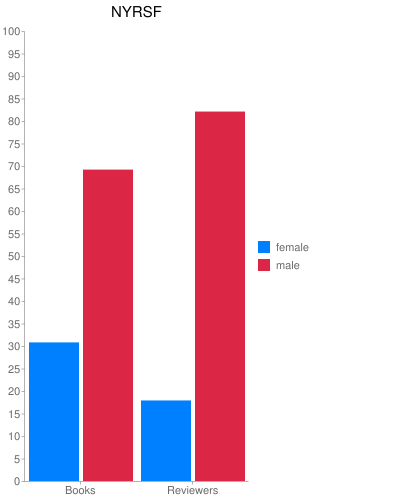 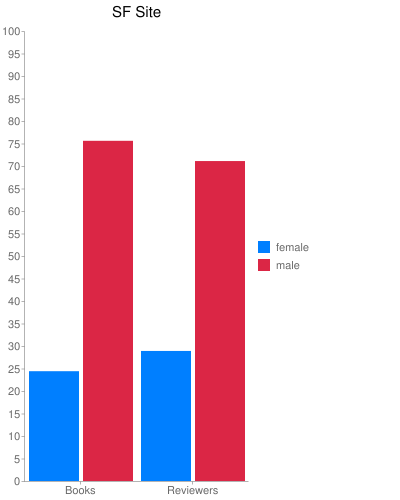 Academic journal based in the US. New entry not counted last year. 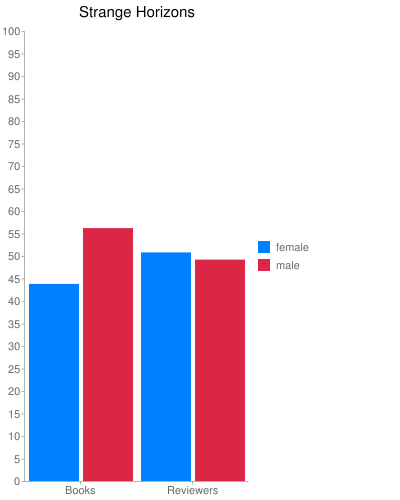 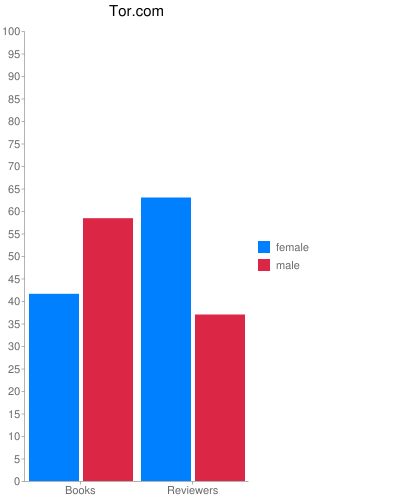 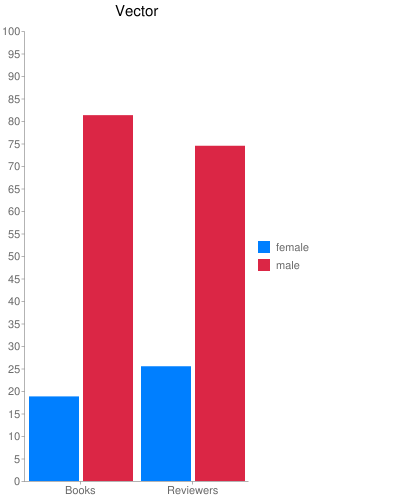