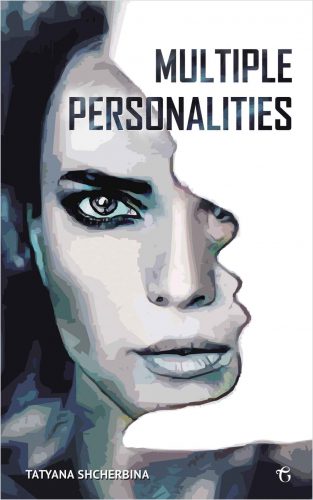 It’s tempting to read Tatyana Shcherbina’s Multiple Personalities as a puzzle to be solved. A group of women—Rosa, Iris, Lyudmila, and Natasha, who may be aspects of a single woman—venture through the Russia of the last half-century, with at least one excursion to France. They rub shoulders with Very Important People, witness the fall of leaders and navigate the politics of housing in the late Soviet period, and find themselves committed to institutions while comatose or delusional. Interspersed among all this are visions of past lives as Helen of Troy and Queen Isabella of Spain, and the collapse of a regime told as a play performed by the cast of Hamlet. Throughout the book, I kept feeling that perhaps a chronology was possible, that the incidents of time travel could be systematized, and the story of a single woman could be pieced together from the fragments in each chapter.

The ending of the novel rejects this approach, as does the beginning. Multiple Personalities is not a problem to be solved, but a journey to be experienced. Without spoiling the ending, I’ll say that I found it abrupt, satisfying, and disturbing, and it is the emotions associated with each section, not the details and interconnections, that stay with me. The disorientation begins in chapter 1, with a Russian poet displaced in time:

I lift the receiver. It’s Rosa. I say, ‘Please don’t pass out, but I’ve got Alexander Sergeyevich Pushkin sitting on my sofa. Can you get over here right away?’

Until now, Rosa has believed what I’ve said, but now she decides I’m having her on.

Later, the narrator asks why Rosa, who herself leapt forward in time via a near-miraculous period of deep lethargy didn’t believe that this was the real Pushkin: “Rosa replied phlegmatically, ‘Because I’m the real me, and the real Pushkin lived from 1779-1937. The personality doesn’t turn out multiple copies like a printer.’”

And so the logic of Multiple Personalities is established. Pushkin may appear on the street in Moscow in 2006, waiting to be dressed in jeans and a T-shirt before a bombing at an open mic night, and this is unbelievable not for the obvious reasons, but because the logic of time travel does not allow the same person to be split or copied. The question of Multiple Personalities, however, is: why? Why must we be single, rather than fragmented or copyable?

Perhaps relatedly, another theme that occupies various chapters to one degree or another is the increasing digitization and systemization of the world around us: “When there are only a few houses, they are given names … People started being given numbers once the population topped six billion.” Systems are comforting. Calendars sort time and days until they end. People can be registered with their professions in various cities, given a housing allotment. The numerous but countable crowds, made of large number of individual records, can be endlessly categorized, sorted, and disposed of. Individuals, no matter how many, can be contained so long as they are individual. A woman full of multiple personae does not fit in this system.

Of course the challenges of systems, of categories, and the numbered six billion are also prosaic: two lovers, not yet married, each registered in a different city, are forced to arrange a sham marriage so that she can come to him; and yet what if she comes to love her new husband? What if her lover is more interested in his career than in her? What about the young girl, stripped of nearly all identifying paperwork but full of vivid memories of a different childhood? From a distance, systems appear stable, and hold out the promise of great freedom and connection through improved logistics. Up close, the machinery of these systems inevitably clogs with the grit of individual lives and loves.

Late in the book, the “integrity” of a personality is “contrasted with the three-way division of Soviet consciousness—think one thing, do something else, say something different again.” This is juxtaposed with a dialog between the right and left hemispheres of a character’s brain, one of the few moments I found myself wondering how different it would be to read this novel in the original Russian. The dialog is littered with colloquialisms, often with comments on their literal meaning: “The scientific jury’s still out on that one,” “Take a stroll tells you more than just stroll. Take out is not just dump it any old place,” and at the idea of marriage the narrator has “found my other half.” The language is provocative, prompting the reader to think about the meanings of phrases we often use carelessly. Even in passages that simultaneously reflect the formal meaning of informal language and the relationship between individuals imagined as one between two halves of a whole, all while under the weight of the three-way division of Soviet consciousness, the translation feels as though it is hinting at multiple meanings which the original may have made clearer.

Multiple Personalities is not easily consolidated. It deliberately stretches across space and time, and the logic of some sections of the novel deliberately contradicts the logic of others. An attempt to make sense of it is doomed to failure, just as an attempt to categorize and assign housing to every citizen of Russia could not succeed. But there are recurring themes in the novel. The various ways we define identity (through our relationships with others, or the simple facts of location and time of birth and death), the chaos of large systems, how systems can become encompassed in a single individual, and the ways that the pressures of society around us constrain our choices and our identities. The whole of the book can’t be summarized any more than the women, or woman, at the heart of the novel cannot be summarized; but the collection of dialogues, visions, and moments of everyday life in the last half-century of history in Russia can be experienced without mastery of that history. The novel reads like riding along on an unexpected road trip that lets off too suddenly—leaving you to ponder the fragmented memories that remain.