No one has yet dared to say that to me directly in response to my continuing efforts to make genre spaces more diverse, more just, more welcoming. But I wonder if they think it, this most famous line. It leaps up in my mind when I'm asked about genre work and resistance.

I do get asked constantly why I want to be here, in fannish spaces. Why do I speak up instead of shrugging it off? Why am I fighting so hard when it's supposed to be escapism? How dare I critique pop culture? It's supposed to be fun. Laser battles in space ships. Pew pew! Well, sure. I read SFF that way when I was a young teen. 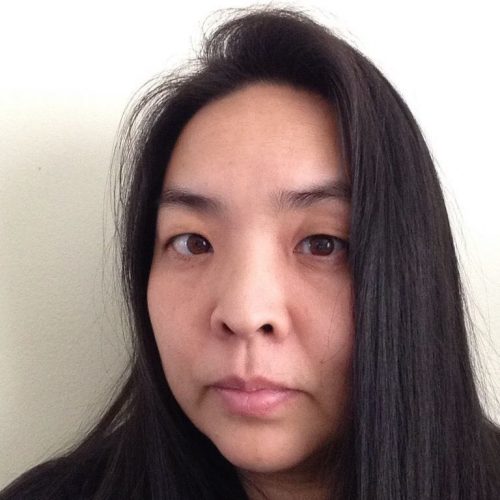 I'm thirteen and fourteen and fifteen and I joke that my friend is my dealer because he brings me SFF paperbacks. I've never asked him whether his dad bought them just for him, or to share among his family. I don't care, I just want the next part of the story, the next dive into the world that isn't homework and expectations. Most of it is fluff that I read quickly and carelessly for thrills and laughter. It's the frivolous place pocketed away from the pressure of test and essay, swinging between demand for perfection and pressure to perform "enough effort."

But even at thirteen and fourteen and fifteen, it wasn't just fluff.

It was part of my junior high school curriculum in Los Angeles. We discussed the possibilities of filming Dune in English class. We read a lot of Bradbury. We discussed Fahrenheit 451 in the context of censorship and fascism and the Soviet Union and Nazism. My classmates were children of refugees, grandchildren of Holocaust survivors, and our families knew that these were not mere abstractions. We read 1984 in 1984, and Brave New World and Animal Farm. We were asked, "what would you do?" and it was clear that SFF was another tool for stretching the imagination and rehearsing possibilities. We'd grown up with the original series of Star Trek as creaky history, and got to play Jedi vs. Empire—many of my classmates had parents who would have been appalled if we'd played cowboys and Indians. Westerns were the fantasy frontier of our grandparents. Our world had human footprints on the Moon, computers in homes, and missions to Mars.

It was clear to us that science fiction and fantasy could be "literature."

I didn't know how precious this was until I got to high school, a thousand miles away and seemingly decades into the past. I'd written an essay for a city contest about the glorious diversity of my hometown, but it was still abstract.

I am far away, feeling alien. A Separate Peace and A Little Princess haven't prepared me for the shock of boarding school. I thought I'd be fine away from home. A week at summer camp had never been enough time. I had no idea before how Angelena I was, how very steeped in the hum and buzz of the West Coast. Ethnic diversity, experimental subcultures, rocket science and Hollywood, everything racing away from tradition. I see things I couldn't see from within, like an astronaut gazing back at the blue marble of earth.

I am homesick, and in shock at the Dead White Male-ness of the canon I'm reading. Conrad and Hemingway and Melville. Most of my peers don't seem to notice. I end up banding with the ones who do.

I'm assigned to workstudy in the library. I'm a terrible library aide. I want to hide in the stacks instead of doing all the scut work I'm assigned. The SFF is all in its own room, upstairs. I barely explore the rest of the collection, because I've discovered Tepper and Kress. It's the antidote I need.

I zone out in math classes, trying to hide my SFF under the table as I sneak reading. It's still mostly stories of white people doing things, but sometimes "non-white characters" show up and at least it's not stories venerating a racist and sexist past.

Somehow I didn't find Octavia Butler, or Chip Delany. I'm not sure why, but I suspect curation bias, aiming material to white local tastes. I wonder now how different it would have been if I had.

I end up hanging out on weekends at the comic book store downtown, but it's the SFF racks where I'm spending my cash. Cyberpunk is exploding and I've just watched Aliens in the theater and Blade Runner and Mad Max on videotape. I want stories of survival in hard circumstances…and I'm starting to crave stories where I'm not enemy or comedy or trophy. I've learned to brace myself in modern media when I see Asian faces.

The best of SFF has never been the pulp fluff.

At least, not for me. Melville with rocket ships has never been the siren call, not when it comes with 19th century attitudes about everyone other than rich white men. It's not the stories of Barsoom and Gor that I lead others to. It's not even the story of Picard, insisting that there are four lights. It's Benjamin Sisko writing about Black people in a free future. A future where people don’t just "happen to be." Our histories come with us. Our names.

SFF is my blanket fort. It's not as durable as an escape pod, but it's a reliable source of comfort and it's bigger inside. It's the meeting place of hope and solidarity among those of us dreaming of better futures. The walls are printed with the roadmaps of possibility toward radically different outcomes, full of experiments in worldviews beyond our current statuses quo. Communities among the stars, better than castles in Spain, beacons out of the bleakness like beckoning mirages. Warm glow of resistant energy, looking up and out and beyond what is, to what might be.

I started saying in the mid-2000s that it's less fun when your escape pod lands on Planet Suck. Flying cars and phasers aren't enough distance from a world that looks more and more like the fascist and totalitarian dystopias we were supposed to leave in the past. The stories where I'm only welcome if I swallow the whitewash is like trying to breathe ocean water, and it's no lack of sense of wonder nor lack of love of science fiction that has me bouncing off it. 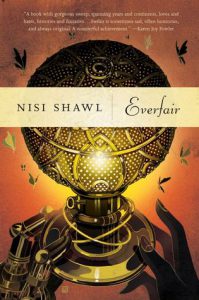 SFF started with an exploration of what electricity and evolution meant to humanity. We've always brought our politics and worldviews into the stories. "What if?" is the centerpost of the big tent of speculative fiction. Colonization and colonialism and exploration—is it really Terra Nullius? What if we'd been invaded, instead of the invaders? What if we actually lost our freedoms? What would happen if we were the slaves instead of the slavers? How would we resist? Would we resist? What's the worst thing that could happen, and how could we survive it? What if we blow up the planet? What if we're stranded far away? When do we stop being human? What does it mean to be human? What if we could talk to dolphins and whales? What's the difference between humans and apes?

The fluff has always been there, and I expect that it will always be there.

…but. So has the poetry, so has the prose with the deliberately layered meanings. Big stories exploring society—Foundation, Federation, the Culture. "Small" stories about people and communities. The stories we tell ourselves, about ourselves. Not of a past, already been and gone, but a future.

This is how we dream together. More and more is coming through the gates that were traditionally filtering for whiteness and maleness. Beyond a token or two of diversity, beyond that slim percentage Chip Delany mentioned. SFF is my refuge when I am exhausted from the hours writing and talking about resisting in the Now. My to-read stack is beckoning, with Americanah and Everfair and the N.K. Jemisin’s work. Raadch and Ubastis show up in my dreams, wrestling with the dilemmas that call to me.

I'm writing my own stories now, finally, after years of spending most of my effort creating space and safety away from the gravity well of Planet Suck. It's storytime in my SFF blanket fort.

Tell me, what are you reading? What are your favorite stories of resistance?

Like Loading...
© Copyright 2018 By: Kat Tanaka Okopnik
About Kat Tanaka Okopnik
Kat Tanaka Okopnik is a writer and editor, currently hosting public discussions of social justice, geek culture, food, and parenting on her Facebook page. She can also be found at ShadesBetween.com and on most social media platforms as @ktokopnik. Her ongoing major project is the Dictionary of Social Justice.
One comment on “On Resistance: More Than Melville on Rocketships”

The “What-If-ness” of SFF has always been the biggest part of the appeal for me; the counter-factuals allowing an exploration of the power dynamics in the philosophical Now. I read only books by women throughout 2017 as a deliberate exercise and it was such a brain-changing experience.
I’m currently reading some future history (Ada Palmer’s third Terra Ignota novel); just finished the Binti trilogy by Nnedi Okorafor; about to dive into some Jo Walton.
I loved Tepper back in the day, and have read about half of Butler, but Nancy Kress is a new name, and Delany is someone I keep meaning to chase up; Thankyou for the pointer!