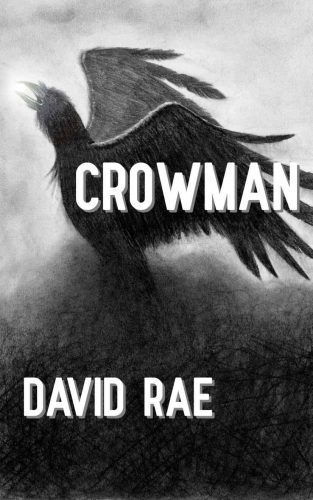 A silk merchant travelling through heavy rain in his wagon offers a lift to a black-clad man named Erroi. He accepts, and after they travel together for some time longer, their road is blocked by a fallen tree. This diversion has been caused by two well-armed bandits. One bandit is slain by Erroi, and the second, Mukito—brave, young, and clearly in with the wrong crowd—remains alive only by the silk merchant’s mercy.

In the next town, they stop at an inn where a fire is set. Mukito likens the fire to the sun: he has never seen it, just glimpsed it from a distance. He hopes to have enough gold to pay for a visit to the sun one day. But the sun is not always beautiful: elsewhere, in a city bathed in pure sunlight, an evil spirit has girls dancing for him, if only on the single day each year when the Great Dark Lord Vatu allows the sun out of the box in which he keeps it hidden. The sun “shrivels the skin off the dancing girls, their flesh chars and blisters and burns.”

This is the kind of juxtaposition, one that has an uneasy tinge from the very start, which is uncovered through this novel’s principal journey. The silk merchant is named Utas, and is revealed by Erroi to be hiding his small, sickly daughter inside the wagon. The girl emits a mysterious glow from her skin, which seems to be why Utas is taking both her and himself far … far away from the city of the sun. After all, the closer you are to the light, the more it burns.

Crowman is set to be the start of a new trilogy and only once all these introductions are made does it really get into the story. Even then it doesn’t truly take flight. Utas and Alaba encounter different vagrants, whose sometimes divergent personal tales add to the vast, conceptual feel of the novel, but ultimately don’t help carve a path towards the upcoming installments in the series: the plot sticks firmly with Utas and the few core characters, lending everything else an air of distraction.

In this context, characterization proves the novel’s core strength. For example: though he is observant of all others, the taciturn silk merchant Utas takes a bit of time and effort for the reader fully to understand. He is a man haunted, whose last mission in life is to journey with his glowing daughter in the desolate lands where no light shines besides that of the malevolent sun. Still, Utas endures. He remains diplomatic and logical throughout the journey, even when it starts going the exact opposite of how he wants it to go. In a past life, he ended many lives in the name of Vatu; haunted by these actions, he is also relentlessly bitter and yet, in the end, hopeful: not only is he running away for the sake of Alaba; he is running away from his past deeds as Great Dark Lord Vatu’s acolyte and his evil justice’s vessel on earth. “The darkness has gone,” he declares towards the end of the novel. “I had deceived myself. I will not deceive myself again. I have worn many masks and will wear them no more” (p. 229).

Crowman is intriguing in terms of writing style. It is sparse and symbolic, and its eschewal of contractions gives the narrative a drag out, staccato tone. This wan lyricism and mythic feel definitely made me think of The Buried Giant (2015). Take Rae’s treatment of the crow: usually an ill omen that promises death and bad luck, the crow was painted in a negative light only recently, and mostly in Europe. In some Indigenous myths, however, the crow steals fire (or in some cases, the sun) from the gods and bestows it to humanity. Erroi, who is most likely the titular character, is given a similar role at the end of Crowman. His association with the symbolism of the crow is introduced early on in the narrative as an anomaly, a dark stain in this world centered around the light of the sun:

The black-clad man jumps with surprising grace up onto the wagon beside me. […] The lower part of his face is covered with a dark neckerchief to keep out the damp, but above, two bright, black eyes shine out. Across his back, I see that he carries a black bound blade. Is he a warrior? He does not look like one. (p. 6)

In the novel’s opening conflagration, he is described as “a black shadow fluttering over [Utas]” as he moves to kill the bandit, without his black blade ever making a sound.

Erroi is perhaps the most mysterious of all Utas’s allies. He is both spirit and body, and has a masterful control on both. He is an excellent swordsman, but is also able to walk into Utas and others’ dreams to offer them valuable advice—or sometimes just to keep an eye on them. He stands with Utas and Alaba till the end, becomes somewhat of a mentor to Mukito, and yet he regards all people around him with an air of superiority.

As the cast of characters expands, so too do the novel’s narratives. When a shift in point of view from Utas to Mukito occurs in one of the early chapters, it is sudden and unexpected but ultimately fitting. The story forks into two different narratives with distinct styles: Mukito doesn’t have Utas’s savviness as a narrator, but he too exhibits significant development as he becomes even more devoted to Alaba. Further narrators proliferate: Luzora, a worker in the fields with her younger brother whose story converges with Utas’s in a fatalistic way, become the centre of another plot. Crowman’s ending has all of these voices speak together, accentuated by a new font for each narrator.

Ultimately, however, this novel’s ruminations feel a bit less grounded and maybe more predictable than Ishiguro’s meditation on myth and story in The Buried Giant. For example, take the novel’s women. Neither Luzora, Juana—a Lord Mayor’s disgraced mistress whose story ends in blood—or Eskanza—a noblewoman on the run from the marriage her father has arranged for her—are ever given enough room to stretch beyond the fabric of the novel’s grim world, in which women again seem to be bear the brunt of the narrative by being flogged, assaulted, abused, and beaten.

Each of these women represent a different stratum of the class system of the world they live in, which proves to be not so different from our own in ways more than one. Many dark fantasies helmed by men tend to be steeped in misogyny, of course; perhaps, too, the author decided to ground his worldbuilding in the familiar. Either way, the truth is that these characters each deserved to be explored better. Their happy endings, if they ever get one, and also their dooms, are all direct results of their association with various men. They do not proceed from within themselves. The novel’s shining star in the cold dark world, Alaba, gets a total of three lines (“Don’t cry,” “It’s alright,” “The sun will never burn your eyes again”).

Overall, Crowman is an ambitious introduction to a new dark fantasy series that at its best reads like a gothic revival of the mythic roots it draws from—but which at its worst is a mess of symbols and names, or symbolic names, that drags on far more than it should. Nevertheless, the novel offers a fully conceived world that keeps the more whimsical aspects of fantasy on a par with its sun-deprived characters’ desolate and bloody journey towards hope. While not for everyone, I hope that it will reach the specific reader that might appreciate a slow-paced exploration of conscience, hope, and destiny.

Like Loading...
© Copyright 2020 By: Idil Bostan
About Idil Bostan
Idil Bostan is a recent English major based in Istanbul, Turkey. Now that she doesn’t have as much school work to do, she focuses on freelance editing and literary translation while working on writings of her own. She ghosts on Twitter as @idil_bostan and blogs at abookwormschapters.wordpress.com.
No comments yet. Be the first!