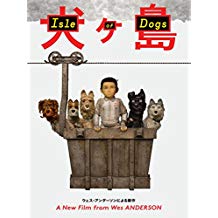 Just ahead of The Incredibles 2, there is a groundbreaking short film, Bao: the first computer-animated Pixar short directed by a woman, Chinese-Canadian Domee Shi. In it, a Chinese mother’s story of empty-nest syndrome plays out through the fantasy of a little dumpling that comes to life and eventually grows up, with all the heartache that adulthood then yields for many parent-child relationships. The short sparked an online conversation about cultural resonance: what did not make sense to North Americans with more relaxed and autonomous parental relations struck a deeply affirming chord with children—especially from non-white demographics—who know both a mother’s love and the ferocity of their mothers’ reluctance to let them go. The former group often laughed in theatre. The latter was in tears.

At the crux of this division in response lies a deeper incuriosity, an unwillingness to sit with discomfort over narrative choices that do not necessarily treat you as the target audience. Bao is by no means the first to create this schism, but its existence does illustrate the range of ways in which discomfort is, and is not, effectively utilized in contemporary SF&F storytelling.

In particular, another animated film this year, Wes Anderson’s Isle of Dogs, also traversed the terrain of cultural discomfort, with some viewers intentionally excluded by Anderson’s decision not to translate much of the film’s Japanese (ostensibly, to place viewers more in the world of the English-speaking dogs, at a remove from human speech entirely). But whereas a film like Bong Joon-Ho’s Okja (2017) seeded a sly joke for Korean-speakers when it shifted between translated and untranslated speech—and in so doing acknowledged the existence of a viewership extending far beyond English-speakers—Japanese-speakers reported that the untranslated Japanese in Anderson’s film offered no such treasures for the initiated, which in turn implied that Isle of Dogs, despite its use of overtly Japanese settings, wasn’t for them at all.

In Bao and Isle of Dogs, then, there is a major difference between the discomfort that arises from marginalized communities telling their stories, and the discomfort that proceeds from many dominant-culture storytellers using other cultures to advance their creative output. Although both films yielded moments of discomfort for North American (white) cultures, the discomfort in Bao is crucially a secondary storytelling effect—specific to viewers who are not part of the culture shown in the short, and who prove unwilling to stretch their experiences to recognize the shared humanity in another culture’s stories. Meanwhile, Isle of Dogs develops a near-future Japan with talking dogs to tell a decidedly Western tale that draws in part on Odyssean myth and in part on the gentleman’s aesthetics of so many cheerfully civil World-War-II classics. For Anderson, the “strangeness” of linguistic exclusion is thus employed in a manner familiar to any SF&F writer: exactly as useful for worldbuilding as any literally alien or alt-species tongue.

Granted, on many levels Isle of Dogs is by no means a bad film. For one, its stop-motion mechanics are quite beautiful, with an especially good rendering of fur, and an engaged taiko performance sequence that serves as thrilling testament to the production team’s technological prowess. Anderson also flourishes in his scripting, with memorable quips and a signature narrative approach that celebrates the interaction of key voice actors (Bill Murray, Jeff Goldblum, Ed Norton, Bryan Cranston) as a filmic end unto itself.

However, like the film’s approach to depicting the rise of fascism, cultural discomfort in Isle of Dogs is used selectively enough that its purpose wobbles—and at many junctures into troubling contradiction. Nor is this observation by any means new: plenty of analyses after Isle of Dogs’s release noted problems with its deployment of Japanese culture. But in light of the genuine article—a Western film like Bao that discomforts some precisely because it isn’t primarily interested in catering to a white viewership—Isle of Dogs offers key lessons to storytellers about the use of other cultures as easy entrance into the land of science-fantasy parable.

Isle of Dogs begins, after all, with the opening of a traditional Japanese stage, but this visual cue yields a choral tradition of anticipatory storytelling known best to Western audiences from ancient Greek theatre (an allusion later affirmed with the literal presence of a prophetic dog named Oracle). And even though the film is then broken into four parts, any direct employment of the more traditionally Japanese story structure, kishōtenketsu, is not as readily apparent as, say, the Western-cultural resonance in titling one chapter “The Search for Spots.”

Later on, we are likewise given two “haiku”—both solely in Japanese, and both meant to suggest that this literary form has a mysterious political power in Japanese culture that Western culture lacks. Admirably respectful, no? Except that in order for these two pieces to merit the term “haiku” they are heavy-handed in their use of nature images as final beats. The two read, loosely translated: “I turn my back / on man-kind— / frost on a windowpane.” and “Whatever happened / to man’s best friend? / Spring-blossom falling.” This framework turns the haiku component into a punchline, and also does nothing to stretch Western viewers—through but a moment’s discomfort!—into learning the difference between senryū versus haiku: the former being the correct name for seventeen-syllable structures on themes specific to humanity.

Nevertheless, the opening choral cycle serves its essential purpose: in it, we learn that in Japan’s distant past the dog population was attacked and outnumbered by the Kobayashis, and would have been massacred if not for a boy-warrior who rose to protect the fallen, allowing them to exist in peaceful captivity for thousands of years. This is the basic outline of the story that then unfolds in near-future Megasaki, where dogs are oppressed by a returned Kobayashi monopoly, and cast out to a trash island where they await death by the elements (or by genocide via targeted disease and, later, toxic gas), until one twelve-year-old who misses his dog undertakes a risky rescue mission that will again liberate canine-kind … back into servitude.

This basic outline is fleshed out by some terrifically bleak inmate banter—reminiscent of two of my World-War-II favourites, Bridge on the River Kwai (1957) and The Great Escape (1963)— between the five dogs (four housepets and one stray) who discover the twelve-year-old when his stolen plane crashes on their territory. The canines thereafter help the seriously wounded boy on an epic cross-island quest to try to find his own dog, while his distant uncle (the mayor of Megasaki) escalates a campaign of genocide through acts of political propaganda, murder, and sabotage.

Now, Isle of Dogs is not the first film to use black humour and animation to address the worst of twentieth-century history—Chicken Run (2000) and Toy Story 3 (2010) also veer into concentration camp and extermination metaphor—but there is one telling difference between the application of gentlemanly civility in Anderson’s not-at-all-for-children version, and the same in these films’ sixty-year-old forebears. In Bridge on the River Kwai, the very adherence to gentlemanly conduct, as a saving grace in even the most oppressive circumstances, ultimately proves the site of our main character’s undoing. And in The Great Escape, all the common courtesy and playfulness in the world cannot spare the majority of attempted escapees from their most terrible of fates.

But in Isle of Dogs? A film whose suicide talk and chewed off ears and brutally experimented-upon-canines put it in the same class, at best, as Babe II: Pig in the City (1999) for fun, whole-family entertainment? Here the happy ending, at the close of so much civil Western banter between incarcerated, intentionally diseased, and nearly massacred dogs, is the unquestioned return to servitude by one demographic defeated by another some thousand years ago.

If this film feels uncannily resonant, then, in its exploration of how fascistic leaders rise through fear-mongering and the polite complicity of democratic processes—especially after two years of U.S. race-baiting at the highest levels of office, and the return of similarly racist rhetoric throughout the European Union—let us press pause on the use of science-fantasy parable in Isle of Dogs at this juncture, and demand a greater sense of discomfort than that which the film bestows on its predominantly white Western viewership by the mere use (to create the illusion of knowing what it is like to be sidelined in the world) of Japanese without subtitles.

There are, of course, many other inclusivity problems with Anderson’s latest film, as discussed in the aforementioned critical analyses. We have, for instance, the issue of the “white saviour” that an American exchange student becomes, in order to create an excuse for some English dialogue between humans amid all the elliptical Japanese. Then there’s the sidelining of most female characters into tediously flat love-interest roles (including a strained connection between the show-dog Nutmeg and the aforementioned exchange student for narrative efficiency—exactly how many high-school students get to bring their show-dogs with them on an exchange?). And then there’s the fact that having most Japanese characters speak without subtitles essentially renders them silent in a whole new way to English-speaking viewers.

As films like Bao begin to naturalize the experience, for Western audiences, of seeing on-screen variations of our shared humanity that lean on different food cultures, and languages, and familial traditions, it especially bears noting how far afield our sense of narrative discomfort is from where it should be. Because, yes, it is easy in Anderson’s Isle of Dogs—oh so easy—to see the mayor as our central villain, and to mark in horror all the ways in which polite society can edge toward fascism if we permit his like to continue unchallenged. This is the strength of the science-fantasy parable: the ability to estrange through even slight variations from the mundane—talking pets! cyber dogs! made-up geographies in a dystopic landscape! words I cannot understand!—to offer warnings about Western culture’s current political trajectories.

Less easy, and yet every bit as important, is to recognize that even the status quo offered in films like Isle of Dogs is heinous. If “Whatever happened to man’s best friend?” is the best filmic allegory we have to instill empathy in Westerners living complacently amid the institutionalized oppression of their fellow human beings … well. Suffice it to say, we are going to need a lot more films like Bao to familiarize dominant-culture citizens with genuine narrative discomfort—and maybe, just maybe, to help us move towards that more just world which lies beyond it.