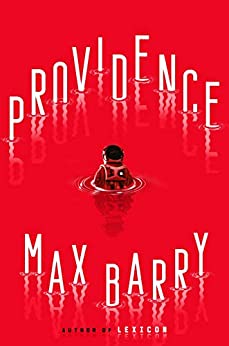 Back in 2003, my nineteen-year-old self discovered an early browser-based game called NationStates. After creating an account, filling out a short political questionnaire, then choosing the moniker of my new country (which I named after myself, like the aspiring tyrant I’ve been since childhood), my nation was complete. Daily policy choices such as same-sex marriage and marijuana legalisation would shape this new land, allowing it to be sculpted in your own image. Even better, it turned out that NationStates was created by the speculative fiction author Max Barry in order to promote his new novel, Jennifer Government—a fast-paced speculative thriller with a less-than-subtle critique of unrestrained capitalism which proved even more compelling than the game. The only reason I don’t currently own a copy is that every time I buy a new one I lend it to a friend—while evangelising heavily—and then never see it again.

Jennifer Government’s hyper-capitalist world predicted Britain leaving the European Union, even though it predated the waking nightmare of Brexit by a whole thirteen years; its workers took on the surnames of their company; its schoolchildren were indoctrinated against any form of equality. As both a writer and reviewer of speculative fiction, I have high standards when it comes to, well, the speculative part: when an author sets a story decades into the future, I expect some aspects of society and our politics to have changed. This doesn’t mean the author in question needs to be a far-sighted oracle, but they should demonstrate at least some insight and imagination. Barry has past form in delivering.

My inner teenager was therefore delighted to review his newest speculative novel, Providence. The title of this latest work takes its name from a new class of AI-controlled warship that features heavily in the novel, and in a future war against a sinister alien species commonly known as “salamanders”. The blurb of my review copy simply reads: “She is the ultimate weapon. She once served us. Now she’s got her own plans.”

Though the whole “AI ship going rogue” plotline is so well-trodden by this point that it’s almost been perfectly flattened into two dimensions, the novel’s thematic combination of machine learning, war, and social media has the potential to breathe fresh life into a worn trope—2001: A Space Odyssey for the disinformation age. Yet at first, it’s very unclear what the novel’s focus truly is: the crew? The ship? The aliens? Like the characters themselves, the reader is taken along for a ride they don’t understand, and can’t control. There’s an intense feeling of ignorance and helplessness on reading this book, and in the early stages it clawed at me like a vulture feeding on a kitten.

There are five principal characters in Providence. There’s the no-nonsense captain, Jackson; the introverted tech guy, Gilly; the handsome weapons expert, Anders; the “life officer” Beanfield, who has the unenviable task of looking after the crew’s mental health; and the ship itself. It’s implied that the human crew were all selected for their relatability on social media feeds, which is crucial seeing as the war has met with mixed reactions from Earth’s population. Even Jackson—who struggles with social media—remains popular, as her difficulties with the platforms make her even more relatable. For the first chapters of the novel this media presence seems to be the crew’s only real function, and as a result they grow restless, bored, and unpredictable.

The ship, meanwhile, operates on its own logic, creating visual illusions for its occupants and even removing doorways and access points. It begins to feel more like a sentient house from a horror movie, and though its outward dimensions are gigantic, the narrow corridors and cramped quarters give an effective sense of claustrophobia and helplessness. By its very nature, the ship is inscrutable:

This is software that wrote itself. It has a completely alien way of thinking, which can’t be translated into any human language. It doesn’t even really know we’re here. It would be like you trying to communicate to your white blood cells that you want them to fight an infection: Even if you could somehow physically talk, there’s no overlap in how you convey meaning or understand motivations. You frame concepts in totally different ways.

Yet the providence ships aren’t the only artificial intelligence in this universe: the alien soldiers attack en masse with little regard for individual lives, learning new tactics from each successive failure in a manner akin to machine learning:

… this is what [the aliens] do. They try something, and most of the time, it doesn’t work. If it does, they all start doing it. Experiment, learn, adapt. That’s their entire strategy.

It’s also stated that the corporations in control of Earth are controlled by algorithmic AIs, each with its own political objectives. Rather than brand names, these entities are akin to gods, and it is they who created the AI ships—using 22% of the planet’s total GDP—implying that humans themselves hold little power. In a sense, then, the novel presents a war between different forms of AI. Yet it’s an existential struggle, and the intelligences themselves are merely vessels for a much deeper, much more primal conflict:

Genes fight each other … That’s all they do. They’re different, so they fight. That’s why we kill you. That’s why you kill us. It doesn’t matter what we think. What we feel. Who’s right. That’s illusion.

Here existence is presented as an all-or-nothing competition, and this isn’t an isolated quote; in fact, the idea that life is merely comprised of genes fighting for supremacy is brought up several times. It’s a depressingly cynical take, and as a reader, I expected this notion to be challenged—or at least complicated—but that never happened. The framing is straightforward; this is just the way it is.

From here, the novel leaps right to the inevitable conclusion of this zero-sum genetic argument: genocide. The characters gleefully kill any “salamanders” they come across, even those which are not violent and pose no threat—actions which are never questioned by the novel’s narrative. Yes, plenty of franchises require their human characters to kill aliens; but these rarely include overt distinctions between combatants, civilians, and infants, and then advocate for the cold-blooded, systematic murder of all three. But hey, we have no responsibility anyway, seeing as we’re so mindlessly controlled by our genes. Plus, the children will only grow into adults we’ll need to destroy. And besides, they’d only do the same to us, if the roles were reversed. The problems with these implied arguments should be immediately and terrifyingly obvious to anyone with the faintest grasp of human history.

If only genocide was the least of the novel’s problems (there’s a sentence I never thought I’d write and feverishly hope I never do again). Max Barry’s speculative ideas have remained with me ever since I was a teenager; which makes the next paragraphs difficult to write. First of all, we need to deal with the way gender is presented in the novel. Though it’s great that two of the four narrators—one of whom is the captain—are women, we find some real problems when it comes to the handsome (and toxically masculine) weapons expert, Anders, whose less-than-delightful internal monologues include passages like this, directed toward his female superior:

She was hellishly sexy when she was angry. He’d told her this once and her jaw had flexed and he could see he’d offended her. But he’d meant it as a compliment. He would genuinely fuck Jackson in a heartbeat if she promised to stay mad at him the whole time.

During training, Anders toys with women cadets—even injuring one—and later, on he exposes himself to his unwilling shipmates. At first it seems as though he’s being set up as a villain, or at least some sort of obstacle for the rest of the crew to deal with, but—unfortunately for both the novel and the sanity of its readers—this is simply not the case. Having undergone no transformation nor any sort of character development of any kind, the dick-flashing misogynist proves himself a hero, indispensable to the survival of his teammates. The moral appears to be that we need to keep some dangerously unstable man-babies around because they’re useful at genociding aliens.

In fact, all of Anders’s emotional problems are solved when he gets to cradle a massive gun. One of the women narrators is “thrilled to see him with it” and even suggests that “He looked like he’d never been complete before.” (If you can hear a strange noise, that’ll be my relentless dry-heaving.) Bizarrely, this male-psychopath-as-hero narrative is never challenged, and though it may have been a staple of eighties action movies, the conceit is looking decidedly mouldy by the third decade of the twenty-first century. This feeling of antiquation is compounded by small details: for example, the ships all have the names of North American cities, when the war is supposed to be a global effort. Mumbai is even referred to as “Bombay,” which hasn’t been its official name for twenty-five years. Overall Providence feels rather dated, which is a bad sign for a speculative novel.

The novel’s problems aren’t confined to its politics and characterisation, either: though its first two acts offer some effectively tense struggles between the ship and its crew, for the final third of the story the ship disappears entirely, showing up only in its final pages. Providence becomes a shooty-kill action-thriller so generic I found it difficult to stay focused. Meanwhile, the story works at dismantling its own ideas, because it turns out the crew members did, in fact, make a good team, and weren’t just chosen for their social media presence. Also, don’t worry, because the aliens totally deserve their brutal mass annihilation. Finally, after spending hundreds of pages warning against anthropomorphising the ship’s AI, the novel does exactly that, giving the impression that any interesting themes it may have stumbled upon are little more than window dressing for a fairly bland and antiquated tale.

Reading and reviewing this novel has proven a difficult and sad experience, because I don't enjoy writing negative reviews, particularly of a work by an author who has been a literary inspiration of mine for almost two decades. But here we are. Skip Providence. Instead, check out Max Barry’s previous works if you’re looking for page-turning, thought-provoking speculative fiction—because, despite this latest disappointment, I’ll still be buying Jennifer Government and then loaning my copy out to friends, never to be seen again.

Like Loading...
© Copyright 2020 By: Redfern Jon Barrett
About Redfern Jon Barrett
Redfern is a writer and polyamory rights campaigner, armed with a doctorate in queer literature. They are author to novels The Giddy Death of the Gays & the Strange Demise of Straights (finalist for the 2016 Bisexual Book Awards) and Forget Yourself. They currently live in Berlin. Read more at redjon.com.
No comments yet. Be the first!