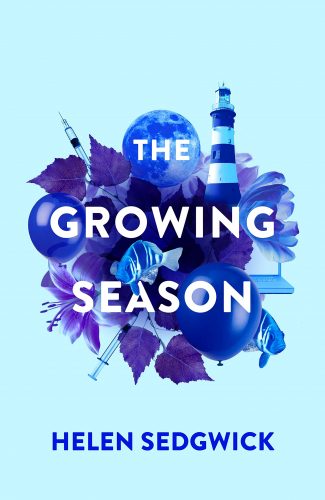 At the end of last year, Clarkesworld Magazine published an article by Stephanie M. Bucklin entitled, “Artificial Wombs and Control of Reproductive Technology.” The article noted research appearing in Nature Communications regarding the development of the “biobag.” Scientists at the Children’s Hospital of Philadelphia developed this artificial womb and tested the biotechnology using prematurely-born lambs.

In her article, Bucklin outlines the perceived needs for such a technology and considers some bioethical issues that could surround its implementation for human reproductive biology. She then reviews how reproductive technologies such as this are not new to readers of science fiction, discussing works by authors like Aldous Huxley, Lois Lowry, and Margaret Atwood. The Growing Season by Helen Sedgwick represents the latest literary reflection on the ramifications of artificial womb technology.

Sedgwick obtained her Ph.D. in physics research, and used this background in her previous novel The Comet Seekers, which combined astrophysics with history and magical realism. Both the topic of, and the positive reader response to, that debut novel brought the Scottish author to my attention, though I still haven’t gotten a chance to read it. As a biologist, I knew I shouldn’t let the same thing happen with The Growing Season. I’m glad I didn’t: in The Growing Season, Sedgwick succeeds in considering the implications that artificial womb technology might have on society while also writing a captivating story that explores the nature of human relationships. Furthermore, the novel examines the nature of medical advancements (and the societal changes) spurred by the often competing motivations of corporate versus humanitarian interests.

The novel alternates between multiple points of view, starting in the first chapter with Eva, a young woman born using the baby pouches manufactured by a company known as FullLife, but who now campaigns against them. The pouch itself is paradoxical: a technology that removes a developing child from its mother, but which thereby brings the child closer to all by allowing anyone to carry him or her. Eva’s work continues the activism of her mother Avigail, who began having doubts about the effects FullLife has had on society. As Eva wrestles with her own conflicted opinions about the technology, she also still deals with memories of the tragic events that years ago led to estrangement from her lover, a journalist named Piotr. Both Piotr and Eva’s work has led them towards persistent rumors that something may be wrong at FullLife. Further stoking those speculations, FullLife has begun an ad campaign for a new “natural” birth plan.

At the same time, FullLife is taking advantage of a celebrity pouch pregnancy to emphasize the reliability and familial bonding their biotech provides: Holly, another viewpoint character and the first person to have a child using the pouch, is going to be a grandmother. Together, the family shares the responsibility of incubating the developing child. While Holly’s daughter Rosie, Rosie’s husband Kaz, and Kaz’ fathers Karl and Cris all help, the famed family matriarch is given the honor of carrying the pouch into FullLife for the birth.

As these characters proceed with their lives, a research scientist at FullLife, James Quentin, furtively works to understand a small but significant number of complications in pouch births. While proceeding with his research in dread, James receives a call from his past that divides his loyalty to the company. The daughter (Eva) of a woman he once loved (Avigail) has found his name in her mother’s belongings, and she has questions. James can provide Eva the story of FullLife’s beginnings: the creation of the pouch through the research of a reclusive scientist named Freida. And only he knows the full truth of what is happening with pouch births now, including the celebrated one of Holly’s grandchild.

A simple plot hides amid this relatively large cast of characters, who are connected across decades through personal histories surrounding FullLife’s pouch. Sedgwick orchestrates this well, alternating chapters of the present story for Eva/Piotr and Holly’s family with excerpts from Freida’s journals. Along the way, the reader learns more and more of each character’s past. Even with shifting points of view and asides Sedgwick keeps the momentum of the plot strong by including the element of mystery. The reader gets the sense from early on that something is wrong—or about to go very wrong—with pouch technology. But that still leaves plenty to read on for: exactly what the problem entails, how the characters will react, in what ways will it draw them together, and how all this relates to Freida’s early research into, and development of, the technology. Such strong components of plot are unexpected in mainstream literary novels, making them even more welcome when an author like Sedgwick pulls them off without losing all the other aspects of fiction that the mainstream-lit genre reveres.

The focus of The Growing Season is not on the pouch itself, but rather on the changes that it has brought more broadly to society, and also on the intimate level of families and individuals. Sedgwick approaches these changes impartially, balancing characters’ concerns over the technology with appreciation of its benefits. She doesn’t merely divide those competing views between characters, but within each of them. For instance, while Eva shares some of her mother’s fears about the pouch, she also views it with gratitude for her own life. Similarly, the pouch reminds Karl of the loss of a girl that he and Cris unsuccessfully tried to have in the early days of the technology. But immediately atop that grief lies the joy he has over Kaz:

The pouch itself allowed [Karl] to have an intimacy with his son that he wouldn’t have otherwise had. To feel what it was like to carry an unborn child, his tiny fists pressing against his belly—there was nothing like it. He’d written to Holly about it once… The first woman ever to use the pouch—even now he occasionally felt a little in awe of her. He’d been far too embarrassed to talk to her in person, but he wanted to tell her how wonderful it was, for a man. For two men. How life-changing. It was a gift, he’d written, and he didn’t know if he deserved it. [p. 49]

While the pouch could be seen as a benefit for homosexual or other nontraditional parents, Sedgwick has her characters equally cognizant of its potential as a tool in the control of women, its utility in taking the powers of reproduction and choice away.

Like a society taken over by cellular technology and social media, characters accustomed to the pouch begin to lose appreciation of the intimacy that nondigital, biological existence offered. In an early scene, Rosie looks upon her developing child in its pouch with a language of warmth normally evoked for pure flesh and blood, not cold tech:

The legs of the base were the only part of the stand outside the incubator; inside it their pouch was gently supported by the soft shoulders and central padded shelf. [Rosie and Kaz had] chosen a pale blue for the stand itself—it toned so nicely with the mauve of their pouch—and the transparent incubator was almost like a bubble in the way it reflected the light. She could see little rainbows on its surface as she moved her head from side to side. Then she slid the front panels open and felt the warmth on her skin, just enough to mimic the closeness of a human body, as she reached in to gently stroke the curve of their child. The shape of the pouch really was beautiful, like a painting or something, the way it rested there just like when she or Kaz were wearing it. She could imagine nutrients flowing from the nutrient bag, down the matching mauve tube cover, through the feed and into the pouch itself, giving baby Will everything he needed. The pouch was more than a painting—it was like a beautiful living sculpture that you could touch, that you could hug. And outside the incubator it actually shared heat with the person carrying it. She loved that idea, the transfer of warmth between them. [pp. 39–40]

Paradox and irony exist beneath the surface of much in The Growing Season. Although Sedgwick allows readers to make up their own minds over whether artificial womb technology is something humanity should adapt in the future, she uses the conflicting views of her characters to highlight the irony of technological advancement in general. In real life, Amazon builds its digital empire on the graves of bricks-and-mortar book stores, and then opens physical stores to provide in turn what it drove to near extinction. In the novel, FullLife markets its pouches as a freedom from constraint, and from the dangers of natural birth. Its dominance in the market renders people dependent upon the company and vulnerable to its catastrophes, only to cause the firm to begin offering natural birth for those that might not want the pouch.

Ironically, the artificial womb provides nothing more, perhaps even less, than a natural one would—except that it broadens the experience beyond the biological mother. This exception makes the pouch about equity, and the importance of this equity is not lost in The Growing Season. It is an equity in which all characters have to live with both joys and sadness, where all have to deal with the difficult decisions of parenthood and the conflicting emotions of anxiety through separation versus contentment through familial bonds.

As a biologist, I would have appreciated more detail on how the biotech worked, particularly in the microbial aspects of keeping out pathogens while retaining the vital input of maternal flora. Similarly, the science behind what goes wrong with the pouch could have been fleshed out a bit more without scaring away mainstream readers. Nonetheless, fans of near-future science fiction based on realistic speculative technology will find much to appreciate in The Growing Season. Its intricate characterization and nuanced emotional range around the topic of human reproduction make it something really special.

Like Loading...
© Copyright 2018 By: Daniel Haeusser
About Daniel Haeusser
Daniel Haeusser is an assistant professor in the Department of Biology at Canisius College in Buffalo. Daniel publishes book reviews on Reading 1000 Lives. He also writes for the American Society for Microbiology blog Small Things Considered, contributes book reviews to The Skiffy and Fanty Show and Atticus Review, and can be found on Facebook, Twitter, or Goodreads.
No comments yet. Be the first!