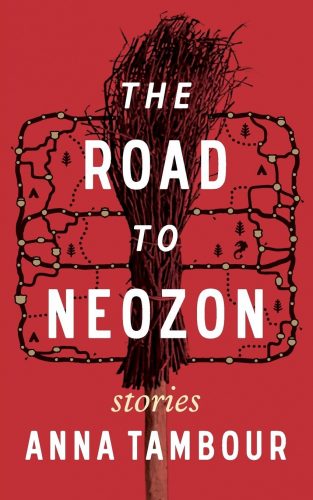 All writers shape their readers, whether or not it’s a conscious effort. In the opening lines, pages, or stories of a given text, they establish the language of their literary universes, including each one’s genre, structure, theme, and voice. But for works that follow a rather tried-and-true approach to narrative, it’s easy to forget the choice that readers also have to make, by permitting themselves to be changed by a given text. Books with clever hooks and zippy action, interspersed with dramatic exposition, are more likely to be described as absorbing reads, for instance, without readers necessarily recognizing that they’ve been trained by preceding works into expectation-sets that make this reading so absorbing in the first place.

Now, this isn’t to say that some books aren’t still slogs regardless, but previous exposure to similar writing absolutely gives readers a template to follow, making subsequent texts written in the same mode much easier to enjoy from the start. As such, when a book breaks from narrative convention and presents the reader with something atypical, a more difficult pas de deux between reader and writer unfolds. Such a book requires a reader who can resist the urge to fault the text for its atypicality—a reader who will instead pay attention, recognizing that the writer is making conscious choices, and actively risk being taken in unexpected directions, to learn to what end these authorial choices have been made.

I generally prefer the latter challenge: the book that tasks me with rethinking expectations of the written form. And Anna Tambour’s The Road to Neozon (2018), a collection of short stories often more estranging than speculative, is just such a provocation. It is not a collection of familiar fantasy or science-fiction preoccupations, even if dragons and robots do lurk within its pages. However, for those willing to read a work not committed to easy endings—or middles—Tambour offers a series of meditations on protagonism: the very nature of storytelling voices, and English literature’s partiality to some voices over others. I wouldn’t say that reading this text was always a pleasure, but it was consistently thought-provoking.

Our opening piece, for instance, establishes both the collection’s thematic preoccupations and a structural deviation that Western-normative readers might find disarming. It certainly took me a few stories to recognize “A Drop in the Ocean” as part of a more cohesive authorial style, and not simply a structural misstep. The piece begins with a long series of questions and answers from one side of a conversation between the ocean and someone about to throw themselves to their death upon it. This storytelling technique will emerge again in “I Killed for a Lucky Strike,” where the protagonist is also an object, not a person, but given a voice similar to that of a jaded bartender or sex worker until its true nature becomes clear.

In the collection’s first story, this voice is likewise intriguing, its enigmatic arguments crashing like wave after wave upon the page until the nature of their source becomes obvious. However, the tale then offers a third-person section that I initially found over-expository, unmooring the story’s compelling first person to offer, essentially, a coda from an unknown third-person subject-position with which readers have formed no prior attachment. Many schools of Western literary thought would consider this an admission of authorial self-consciousness, a corrective explanation just in case the reader missed the story’s central point.

But not long after, I realized that the majority of Tambour’s stories do this: begin with one subject-position, one premise, one setting, and then … wander. Consciously, overtly, and comprehensively. Moreover, three others—“The Godchildren,” “None So Seeing as Those Who’ve Seen,” and “The Road to Neozon”—do this to such an extent, and over such a wide range of genres (respectively, contemporary-Cthulhu-ism, art-history mysticism, and historical fableism), that the project’s overall structural consistency becomes unmistakable.

As such, once one acclimates to the presence of wild narrative deviation, the reading experience markedly transforms. With Tambour, there is no point in trying to predict a story’s endpoint, or which character it will ultimately focus on, or what conclusions it will ultimately draw. Instead, the reader is invited to embrace the journey’s chaos, and the unpredictability of life’s varying subject-positions.

And as to be expected with such an ambitious aim, some stories thus prove more “cute” than narratively provocative. These weaker works include “Cardoons!”, which reimagines stereotypical childhood complaints and misadventures through a Dinosaurs-esque tonal lens, only with dragons; and “Code of the New Fourth,” a slender tale that lacks a full exploration of the perils associated with bringing robot companions to the bridge table. “Slime: A Love Story” and “Nudgulation Now!”—the former self-explanatory, the latter involving the personification of household objects in pursuit of one man’s weight gain and return to fitness—also cannot escape charges of reductive goofiness. These latter two do, however, share in the collection’s focus on atypical protagonists and structural walkabout, and that alone reinforces the collection’s overall aesthetic, even if they’re not the best examples therein.

Indeed, from a thematic perspective, it’s really only in “The Beginnings, Endings, and Middles Ball,” the penultimate story, that Tambour’s central literary preoccupations become plain—warts and all. This piece imagines a gathering of Beginnings, Endings, and Middles to enact narrative revolution: a breaking from traditional structures to allow for new communicative possibilities. This is a terrific idea, in theory—and an experiment that the first five stories I mentioned explore extensively—but in this treatise also lie some of the problems that come from trying to break from form without first showing in the text some understanding of that form in full.

In particular, Tambour’s defining of Beginnings, Middles, and Endings is often contentious. One example, “Kill him,” is supposed to illustrate an obvious case of a beginning and an end without a middle. But from a grammatical perspective, this is all predicate—an imperative verb plus direct object—and as such could be regarded as all end, or maybe middle-and-end, with only an implied beginning (i.e. the inferred full sentence being “[I demand that you] kill him”).

Now, this level of pedantry isn’t one I prefer to dwell upon, because the story’s overall call-to-arms offered satisfying insight into Tambour’s structural choices throughout the collection. But the detail-specific issues with this story do accord with another problem: namely, my difficulty in recognizing the difference between the normal range of typos for an Advanced-Reading-Copy edition, and intentional linguistic variations in the text. As a Canadian by birth, I’m used to slipstream English, my literary communities wavering between US and British variants of a great many common terms, and yet phrases like “aging [U.S.] Nat half an aeon [British]” and “Yeah, it’s ironic but effective as being froze [sic] in hell” still made it difficult to situate certain POVs geo-culturally. And yet, maybe that wandering is innate, because Tambour also identifies as being “of no fixed planetary surface, let alone nationality”—born in Ankara, currently residing in the Australian “bush,” and having travelled widely between both ends.

The more pertinent question thus becomes whether or not this regional fluidity best serves the aims of each piece in which it emerges—because therein lies the greater challenge for these eleven experiments in variable protagonism that Tambour’s latest collection invites us to consider. No matter how much an individual story wanders between different protagonists—inanimate and animate alike—they are all beholden to one voice: the author’s voice. And either you trust that voice—in which case, you’ll follow all manner of textual meandering, confident in an ultimate purpose to the author’s choices—or you don’t, and you give up the moment the story abandons a character-position or context that you’ve fully invested in.

I suspect many readers would give up on the stories here, because The Road to Neozon does not consistently arrive at endings that justify the preceding journeys, and does not always make the clearest, most comprehensive use of its initial premises. Nevertheless, the journey itself has multiple high points, and is especially strong when playing openly with ideas about voice. Moreover, as many of its protagonists amply demonstrate, Tambour can carry conversations singlehandedly—and so the collection ultimately attests to a seasoned author with a pressing interest in the structural possibilities of contemporary storytelling … while also inviting its readers to re-shape their narrative expectations, so as to more fully and immediately enjoy wherever this exploration of voice and form might lead the author next.

Like Loading...
© Copyright 2019 By: M. L. Clark
About M. L. Clark
M. L. Clark is a Canadian immigrant to Medellín, Colombia, and a writer of speculative fiction, reviews, poetry, and cultural essays.
No comments yet. Be the first!