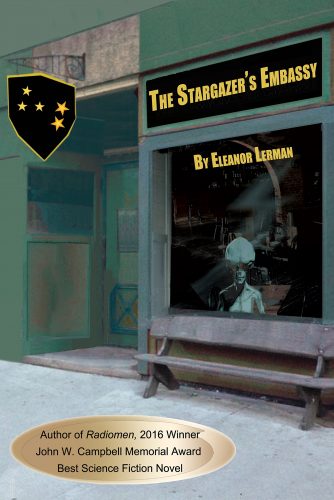 One night in September 1961, Barney and Betty Hill were driving home through rural New Hampshire when, as they later told the story, they were kidnapped by aliens. They were taken up into a strange craft where little grey men examined them.

Though not the first case of alien abduction, it was the first to be widely reported, and for decades afterwards it was the archetype for such reports. Though there were differences between the accounts that Barney and Betty gave of their experience, the common features of their stories would crop up again and again in later abduction accounts. There was a light in the sky; they were transported by some unknown means, and found themselves in a room fitted out with advanced technological equipment; the aliens were not the little green men of popular stories but grey, usually short but sometimes exceptionally tall, and with large dark eyes; and the abductees underwent a physical examination that became, over the course of decades of such stories, sexually invasive.

The abduction of Barney and Betty Hill is also the leitmotif that informs and shapes Eleanor Lerman’s third novel, The Stargazer’s Embassy. Lerman is an award-winning poet who, late in her career, has turned to writing novels. Her second novel, Radiomen, also a story of contact with enigmatic grey aliens, won the John W. Campbell Memorial Award in 2016 (in the interests of full disclosure, I was on the jury that made that award). While it is emphatically not a sequel, this new novel ploughs much the same furrow. Both novels feature heroines who are happy to work in menial occupations: in Radiomen the narrator works behind the bar in an all-night drinking joint at Kennedy Airport; in The Stargazer’s Embassy the narrator, Julia Glazer, is a cleaner. One of the distinctive features of Lerman’s work is that there is a working-class sensibility that is at odds with most contemporary science fiction. Both narrators are content to live outside the capitalist norms of contemporary New York, but both also feel that their current idiosyncratic lifestyle is a direct consequence of a family past that continues to reach into their present. In Radiomen it is an uncle’s radio equipment that binds the narrator to the strange grey figure she first saw as a little child. In The Stargazer’s Embassy it is a tattoo on her wrist that binds the narrator to the grey men her mother introduced her to, and that continue to haunt her. And in both novels the aliens, enigmatic as they might be, are every bit as helpless, mystified, and ineffectual as any of the human characters. There is no great revelation to be achieved, no powerful interstellar figure to be encountered; a cleaner, or a bar tender, holds as much knowledge and as much power as anyone else, human or alien.

But in Radiomen there was no abduction, and though the novel contained a sly satire of Scientology it was an entirely original piece of work. The Stargazer’s Embassy, on the other hand, draws heavily on the lore of alien abduction, and indeed among the major characters we meet is an obvious avatar of Bud Hopkins, who became the main conduit for getting alien abduction stories out to the public; there is also an even more obvious avatar of John E. Mack, the Harvard psychiatrist who argued that whatever the truth of alien abductions the “experiencers” genuinely believed that something had happened to them.

The novel begins in 1990, when Julia meets John Benton and they begin a relationship. Benton (the Mack figure) is a tenured Harvard psychiatrist who has been excluded from teaching there because his recent work on alien abductions is deemed to bring the institution into disrepute. It is an unlikely relationship, therefore, between cleaner and academic, younger woman and much older man, but it seems to work, mostly. The problem is that Benton cannot resist probing into Julia’s past, and she adamantly resists, particularly after she learns the nature of his research. What she is hiding we learn only slowly and through much misdirection, a lot of which arises from her own partial and imperfect memories of the past.

Julia had been raised in a small town in rural New York, the only child of a single mother, Laura, who had a reputation as a hippy-dippy chick. Laura and her boyfriend, Nicky, ran a bar called The Stargazer’s Embassy, which had as its symbol an image of two large stars and three smaller stars arranged in a triangle. This image is a much-simplified version of the star map that Betty Hill reported seeing on the alien craft; the same image was tattooed on Julia’s wrist when she was very small. Laura’s secret, known only to Julia, was that she was regularly meeting with aliens, though one time when she took Julia along with her, Julia became scared, bit the alien and fled. Now, since her mother’s death, the “greys” regularly appear to Julia, trying to communicate with her through gestures and strange, cat-like noises that she cannot comprehend. This attention is unwanted, makes her doubt her own sanity, and is something she is desperate to keep hidden from Benton.

Benton’s work with experiencers inevitably brings Julia into contact with a group centred on the Hopkins figure, Jim Barrett, particularly Kel, a young man whose alien encounters are surprisingly like her own, and Alice, an unhinged young woman who interprets the tattoo on Julia’s wrist to mean that she is a hybrid, a human-alien child. Alice’s obsession eventually leads her to attack Julia, but greys turn up to protect her and it is Benton who is accidentally killed.

The scene now shifts to 2000. Alien abduction stories, which began with reports of the experiences of Barney and Betty Hill in the early 60s, reached their peak in the early 90s with the work of Hopkins and Mack, but by the end of the century they were disappearing from public awareness. Lerman’s novel artfully suggests a reason for this.

Ten years after the death of her lover, Julia is still working as a cleaner and now living in one of the less salubrious parts of the Bronx, when she chances to encounter Kel once more. Kel starts to draw her back towards the toxic circle of abductees around Jim Barrett, but more significantly the encounter seems to reawaken the interest of the greys in her. What follows is a reimmersion in the troubling nature of obsession, including another encounter with Alice. But in the end Julia emerges to learn the truth about the greys, and more particularly about her mother.

Despite the fact that she is published by a small press who need to employ a proofreader, Eleanor Lerman is a joy to read. Her prose is quiet, effective, absorbing, without any of the extravagances one might otherwise associate with a poet turned novelist. Her characters are beautifully etched, her descriptions of the nether reaches of New York City feel as though they are born from long experience, and situations are developed with a natural confidence. Having said that, there are occasional lapses in the storytelling. At one point an eccentric secondary character hands Julia an iPhone some seven years before they were actually introduced. This anachronism is well-signalled and clearly intentional, but its significance within the story is never spelled out. And while The Stargazer’s Embassy has a more coherent and satisfying climax than Radiomen, which became fuzzy just at the point where it needed greatest clarity, this feels overall like a lesser novel. In part this is because it cleaves rather too closely to the familiar literature of alien abduction, without the free-flowing inventiveness that marked the plot of Radiomen. But mostly because it feels like a return to the same territory: the underbelly of New York, the determinedly working-class heroine, the grey aliens played for pathos rather than horror or mystery.

Nevertheless, The Stargazer’s Embassy is surely one of the under-appreciated treasures of science fiction in 2017.

Like Loading...
© Copyright 2018 By: Paul Kincaid
About Paul Kincaid
Paul Kincaid has received the Thomas Clareson Award and has twice won the BSFA Non-Fiction Award, most recently for his book-length study, Iain M. Banks (2017). He is also the author of What It Is We Do When We Read Science Fiction (2008) and Call and Response (2014).
No comments yet. Be the first!