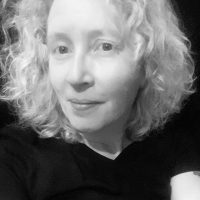 Some favourite reads from the first quarter of 2020

This is my first quarterly short fiction roundup for Strange Horizons, and I am putting it together in the midst of the Covid-19 pandemic, with social distancing and quarantine happening in many countries. I have been doing monthly speculative short fiction roundups for years, but here at Strange Horizons, I will widen the scope. I will still be recommending several of my favourite short story reads from the last quarter, but I will also include some of my favourite issues of various SFF zines, as well as an occasional novella, short story collection, and anthology.

For this first roundup, put together in such difficult times, my unofficial theme is hope and happiness, resilience, and resistance.

Avatars.Inc is a brand-new science fiction anthology edited by Ann VanderMeer. It is available to read free online, and you can also download it as a free ebook. The entire anthology is excellent and includes stories by some of today’s best SFF authors, including Indrapramit Das, Aliette de Bodard, and Madeline Ashby to name a few. It also includes this quiet and profoundly moving tale about a woman visiting her dying father. (The author, James S.A. Corey, is of course well known to those of us who adore The Expanse.) “Elsewhere” is a story about technology that allows a person to be, literally in two places at once. But most of all, it’s a story about lives and deaths, and about how much we as human beings can matter to each other by offering the comfort of our presence, even when we are unable to offer anything else.

“Sinew and Steel and What They Told” by Carrie Vaughn at Tor.com

Beginning a story with a protagonist being physically torn in half before the real plot even takes off is a pretty good way to grab the readers’ attention! This is exactly what happens to Graff in Carrie Vaughn’s gripping science fiction tale at Tor.com. Graff should be dead. He expected to die, but against all odds, he’s alive. In the aftermath of the accident, his deepest secrets are laid bare for his lover, his friends, and his colleagues with significant repercussions for all involved. Vaughn’s characters are compelling at every twist and turn, and I love this entire story, maybe especially for its open, hopeful ending.

Kiki Hernández kills devils with her guitar (an instrument named Mona Lisa). She plays old rock 'n' roll tunes by Slash and Jimi Hendrix to defeat her enemies and has a pet hellhound called Ozzy who can swallow devils in two bites apiece. As you can already tell, you do not want to miss out on this story by Samantha Mills. In fact, you should read the entire this entire issue of Translunar Travelers Lounge, not least because the zine’s table of contents is laid out like a restaurant menu, with stories sorted as “Fruit and Cheese Platter,” “Hearty Fare,” and “Dessert Tray.”

“Yo, Rapunzel!” by Kyle Kirrin in Podcastle

Want to take the edge off your worries and anxieties and laugh out loud for a bit? Then listen to this bawdy, foul-mouthed, utterly hilarious story. Kirrin eviscerates several well-worn fairytale and fantasy tropes, including the idea of heart quests and princesses in towers, heroic princes, and more. With enough F-bombs to level a small kingdom, the language is definitely NSFW, unless, of course, you’re working from home.

It has been years since Hansel fled the witch's house with his sister, but he never got his happily ever after. Now, he’s back in the place that has haunted him all these years, and old fears and terrors seem to lurk in every (gingerbread) corner. I adore this sequel to the tale of Hansel and Gretel, and as dark and intense as this story is, it offers the hope of finding new ways to live our lives in the shadow of a troubled past. 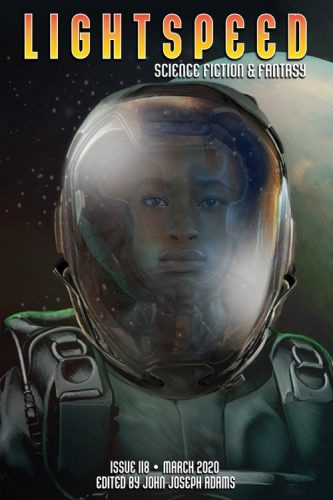 “Tend To Me” by Kristina Ten in Lightspeed

“Nora is a serial becomer. She has become many things in her life, though rarely on purpose. The first time, it just sort of happened. The second time, it was a coincidence. Now, it is a habit she cannot seem to break.” Kristina Ten’s story is fantastical and magical and sad and hopeful all at once. There is shapeshifting here, the kind of shapeshifting many of us have experienced and that many of us probably find intensely familiar: reshaping ourselves to become more pleasing, more appealing, to others. Ultimately, Nora finds a different shape altogether, and the ending is both surprising and sublime.

When Finch and Rat (a.k.a. Izuchukwu and Okwudili) are found kissing each other at College Ok, “the best school for young boys in the country,” it has grave consequences for both boys. Finch’s family even calls in a pastor to “cure” him. While Finch’s father might understand better than anyone what Finch is going through, even he wants to change him. This is a tender and incisive story about magic and shapeshifting and love despite all the obstacles and abuse the world might hurl in your direction.

“How Did it Feel to be Eaten?” by Amit Gupta in Escape Pod

A wonderful and inventive story that blends science fiction and spirituality in a way I haven't seen done quite like this before. In Gupta’s tale, “Virtuana Buddhism” uses both spiritual practice and new virtual technology to allow people to live other lives—the lives of animals, other people, even plants—and experience those lives in every detail, essentially living a lifetime in mere moments. It’s a mind-bending and uplifting story with a calm sense of what I can only call “goodness” that makes it special. Excellent narration by Peter Behravesh.

A gritty and bloody story full of action, passionate mothers, and zombies. Dealing with childbirth and child-rearing during a massive zombie apocalypse is definitely no easy task, but Carson’s crew of badass moms finding their strength in cooperation and community. Giving birth safely when the smell of blood will attract a ravenous horde of zombies requires extreme measures. This story poses the question of what would you be willing to risk and sacrifice for your child and for your beleaguered community? A hugely satisfying story from Uncanny #32.

In an America still in the grip of the Cold War, the rocket man dreams of Moscow each night, “bombsight nose cone dreams.” His job is to fly and crash a nuclear missile into Moscow if war is declared, and he’s part of a team of rocket men, all tasked with their own suicide missions to obliterate enemy cities. Around our rocket man, the other members of the team go crazy in their own ways, but he holds on to a secret mission in order to keep himself sane. A surreal and dream-infused story where the uncertain future holds the possibility of both tragedy and salvation. 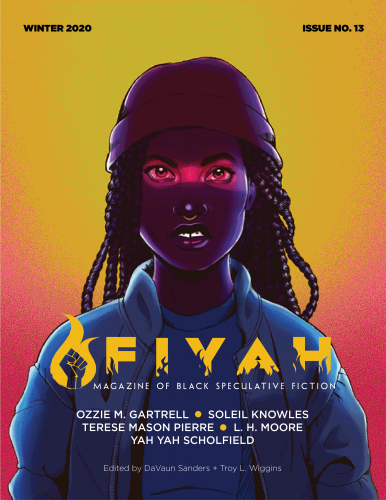 Fiyah has been a must-read for me since the magazine’s first issue. They publish fiction that covers a wide range of styles, spanning the entire speculative spectrum, from science fiction to fantasy to horror to the weird and wonderful. Every issue features impressive work by both new and more established authors, and if you want to get a taste of the range and depth of talent on display in Fiyah, you can kick off by reading issue #13. It includes the visceral and glorious monster story “Lusca” by Soleil Knowles, about a girl who is hungry and powerful in ways that frighten even her mother. There’s also poetry by Terese Mason Pierre, a wrenching story about the harrowing aftermath of a mighty storm by Yah Yah Scholfield, and LH Moore’s captivating “Roots On Ya.” This issue also includes Ozzie M. Gartrell’s riveting sci-fi story “The Transition of Osoosi,” which weaves together a pantheon of deities with a resistance group of computer hackers.

Cossmass Infinities is a brand-new SFF zine edited and published by Paul Campbell, and the first issue is a terrific read. The stories cover a wide range of fantasy and science fiction styles, and each story has a sort of restrung, freshly imagined yet classic feel. This issue includes some excellent reprints by Gwynne Garfinkle and Richard Thomas, as well as some great original fiction. Among those original stories is one of my favourite stories so far this year: “Mechanical Connection” by Frances Rowat. It’s a story that deftly intertwines complicated family relationships, a budding friendship, and a uniquely imagined superhero called Phosphorous Jack, who isn’t exactly who they seem to be. Issue 2 is forthcoming in May, and I am really looking forward to seeing more from this zine.

Additional recommended reads to get you through the pandemic: a short story collection and a novella

The Voyages of Cinrak the Dapper by A.J. Fitzwater (Queen of Swords Press)

This short story collection is not out until April 6th, but I’ve read it and I can tell you that it is the perfect, joyous read you need if you’re feeling glum. This is escapist fantasy at its best: very queer, full of dazzling fun with a giddy sense of adventure, and set in a world where everything from the stars to the wind to the whales and the chinchilla cabin kit sparkles and glistens with magic.

DeNiro blends bold brushstrokes of epic fantasy and social allegory with an intimately detailed and wrenching portrayal of a long and complex relationship between two people who have both been bruised and battered by a hostile world. We encounter monsters, dead angels, dazzling spells, and fiendish corpse-mongers, but at the heart of the story is the fundamental bond and evolving relationship between two characters who choose different ways to survive, and yet find a greater power, and maybe even a new kind of salvation, when they come together. It’s a story that shows us the power and possibility of hope and love, solidarity and friendship.

Maria Haskins is a Swedish-Canadian writer and translator. She writes speculative fiction and poetry, and currently lives just outside Vancouver with a husband, two kids, and a very large black dog.

Her work has appeared in Black Static, Beneath Ceaseless Skies, Flash Fiction Online, Shimmer, Cast of Wonders, and elsewhere. Find out more on her website, mariahaskins.com, or follow her on Twitter, @mariahaskins.