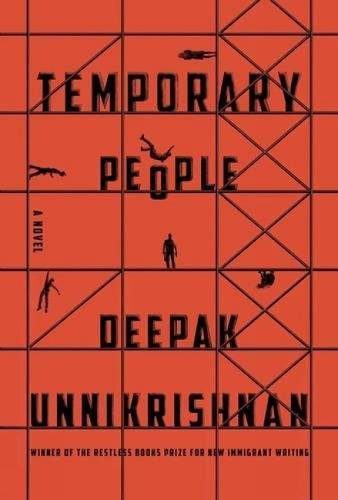 In an interview published in the journal Mada Masr three years ago, the Egyptian writer Motaz Atalla, who had migrated to the United States after the failure of the Egyptian revolution and the return of authoritarianism, spoke of experiencing the diaspora that “is its own third space,” neither Egyptian nor American. “It’s its own culture,” he said, “it has its own literary canon, its cultural memes, its particular brand of cultural hybridity and nostalgia.”

It is perhaps trite to say that a distinctive literary canon is best placed to give expressive shape to the experiences of diasporic communities. Perhaps a more interesting question is how the character of such a literary canon might itself be shaped and influenced by the “third space” that Atalla referred to. There are some diasporic communities that are, by and large, well-integrated into their host society, even as they continue to maintain a separate identity (think Asian-Americans in the United States, or Indians and Pakistanis in the United Kingdom. They belong, with ease, to two spaces. But there are other communities whose existence is marked by instability, insecurity, and impermanence, for whom the third space is a space of non-belonging—a non-belonging to both the lost homeland, and an indifferent host society. The experiences of those individuals who remain emotionally bound to the space from which they are physically separated, while being forced to the fringes of the space where they do live, is perhaps best reflected in a literature that is uncertain about its own form, liminal and suspended between the poles of “cultural hybridity and nostalgia.”

Deepak Unnikrishnan’s Temporary People falls into that category. It is a book about the fractured lives of migrant labourers who move from the coastal Indian state of Kerala to eke out a precarious, high-risk, high-reward existence in the oil monarchies of the Gulf. The geographical and cultural links between the west coast of India and the regions of the Gulf are old ones, sustained for many centuries along oceanic trading routes; and one of their more modern manifestations are the “Gulf Malayalees” (“Malayalees” is the anglicized pronounciation used to refer to the inhabitants of Kerala), temporary migrants, driven forth by stagnating economic prospects in the homeland, and looking to take advantage of better pay and opportunities to improve the lives of their families back home. (In fact, so enduring has this trope become in Indian social and political life, that critics of Kerala’s welfare-state developmental model make serious arguments about how the only thing sustaining it is remittances from the Gulf.)

The twenty-eight short stories of Temporary People present the world as might be seen through a smoky, concave mirror: recognizable, but with its outlines blurred, and twisted out of joint just enough to appear simultaneously familiar and strangely eerie. A man escapes from the labour camp along with his two comrades, who have turned themselves into a suitcase and a passport. A woman walks the streets at night, patching together the broken limbs of construction workers who have fallen from incomplete buildings, but who are physically unable to die. A formula is invented to create farm-grown Malayalees with a ten-year lifespan, so that there is an unending supply of labour—but something goes terrifyingly wrong. A house of cockroaches learns the human language to combat the attempts of the building’s human family to gas them out of existence. The theft of a new bicycle engulfs a set of cricket-playing Malayalee boys and their Arab neighbours into a circle of violence. And back home in Kerala, an old woman recounts the story of the Indian epic, The Ramayana, from the perspective of one of its most despised characters.

These disparate—often disconnected—stories are punctuated by shorter pieces that variously take the form of epistles, dramatic narrative, or sometimes nothing more than pure wordplay.  Like Anna Verghese patching up the broken bodies of workmen “with duct tape or some good glue,” these interludes stitch together the gulf migrant labour experience, which refuses to lend itself to any coherent or integrated treatment, but rather allows itself to be understood only through a disjointed set of perspectives that hang together in a clumsy, and painfully obvious fashion. The whole—to borrow the language of Edward Said, describing Elias Khoury’s novel, Little Mountain (1977), is a “combinatorial amalgam of different elements, principally autobiography, story, fable, pastiche, and self-parody, the whole highlighted by an insistent and eerie nostalgia.”

Through the duct-tape and horse-hair, two themes emerge. The first is the homeland as both nostalgia and mirage, and the reciprocal mix of yearning and loss that those left behind have for the departed. In one of the stories, there is a “fone” that allows men to teleport back home when they call their wives, observing them while remaining unseen, with predictably disastrous consequences. In another, a Malayalee gulf widow writes a serialized novel that predicts and anticipates a failed rebellion in the Emirates, drawing intelligence agents to her house, by the end of which—in true Borgesian fashion—the line between fiction and reality has dissolved out of all recognition. Both these stories transition between the homeland and the Gulf through devices that simultaneously conceal and accentuate the unbridgeable gap between them, a gap that, once created, takes on a life of its own.

This gap comes to be characterised by language, the second unifying theme underneath the patchwork: wrenched out of context, having lost its ability to frame the world, stripped to its elemental purpose of functional communication. One of the interludes in Temporary People—in the tradition of both Gogol’s The Nose and Rabelais’ Gargantua and Pantagruel—imagines the tongue of an Abu Dhabi immigrant detaching itself from his mouth, running away, and promptly getting hit by traffic:

Verbs, adjectives, and adverbs died at the scene, but the surviving nouns, tadpole-sized, see-through, fell like hail. Some accurately … [but] there were also mistakes. Because the nouns had been expelled so violently, many ended up mangled, some unrecognizable. These damaged nouns, like Wifebeater and Veed and Secret Police, were everywhere, unclaimed, hanging off rafters, store signs, pedestrians.

Elsewhere, cockroaches pick up language from a building’s tenants, “bits of Arabic from the Palestinians and the Sudanese, Tagalog from the Filipinos, modern variations of Dravidian languages,” and craft a “custom-made patois.” Here, language is necessary, a survival instinct, and of course constitutive of that “third space,” where “words [are] collected and taken out, poured into heads, practiced in secret but out loud, words selected then changed, pronounced and mispronounced, combined to form new sounds, to conjure old ones, to produce meaning, to obfuscate secrets, or express joy.”

Temporary People is not the first novel that attempts to fashion literature out of the highly specific experience of Malayali labourers in the Gulf. In 2008, the Malayalee writer Benyamin (who, at the time, was based in Bahrain) wrote Goat Days, an award-winning novel that also swiftly became a cult classic in its homeland (it has been through seventy reprints since publication, and translated into both English and Arabic). It is easy to say that Temporary People has been written in the shadow of Goat Days; more than that, however, Temporary People is in dialogue with, and almost interrogates, its predecessor. The earlier novel—which tells the story of a Malayalee labour-immigrant to Saudi Arabia, who, in a case of mistaken identity, finds himself trapped in a horrific life, tending goats in the middle of the desert for a brutal master—is written in a grimly realistic style, highlighting privation, suffering, and ultimately the possibility of salvation. With its (mostly) linear plotline, uncrowded stage, and minimalist language, Goat Days tells the complete story of a single human experience, from beginning to end. In Temporary People, privation and suffering are never far from the foreground; but by contrast, the later novel denies the possibility that a “full” story can ever be told. There can only be many stories, each partial and incomplete, with the parts fitting together as uneasily as broken glass.

Writing about the departure of Khoury’s Little Mountain from the hitherto Naguib Mahfouz-dominated mode of “realistic” Arab literature, Edward Said observed that Khoury’s work “in equal measure … derives and departs” from the Arabic novel, and therefore “bids Mahfouz an inevitable and yet profoundly respectful farewell.” That would be an accurate description of the relationship between the realism of Goat Days and the surrealism of Temporary People. More than that, however, Unnikrishnan uses the idiom of speculative fiction to write the experience of the diaspora to which he belongs, and in doing so, creates a narrative form for this particular “third space” that is entirely and uniquely his own.

Like Loading...
© Copyright 2017 By: Gautam Bhatia
About Gautam Bhatia
Gautam Bhatia is based in New Delhi, India. When not at his day job as a lawyer and legal academic, he tries to lay hands on the latest works of historical and speculative fiction—with a particular taste for high fantasy and Orwellian dystopias—and read them from cover to cover. He has reviewed before for the Jadaliyya Magazine, and blogs about books at anenduringromantic.
No comments yet. Be the first!