Created by Tetsuya Nomura, Disney Interactive, and Square Enix, the Kingdom Hearts video game series is known for its massive crossover of Disney properties, its intricate overarching storyline, and its themes of friendship and love. The latter has been a powerful motivator for Kingdom Hearts' characters such as Roxas, Axel, and Xion, known by fans as the Sea Salt Trio. Through friendship and implied queer subtext, Roxas, Axel, and Xion have formed their own chosen family and allowed themselves to find their own purposes and define themselves on their own terms.

“Chosen family” is a term that has its origins in LGBTQ+ communities. It is best defined as the family that you choose for yourself, rather than just having the family given to you by blood or legality. While not everyone who has a chosen family is necessarily LGBTQ+, Kyle Casey Chu writes that a chosen family is a necessity for LGBTQ+ people because it provides them the social and emotional support they may not get elsewhere.

Initially, Roxas, Xion, and Axel don't have social and emotional support due to their personal status as Nobodies and their roles as members of the mysterious Organisation XIII. In the world of Kingdom Hearts, Nobodies are the bodies and souls of people who have lost their hearts to darkness. There are different types of Nobodies,  but those with an especially strong will retain human appearance even as Nobodies. Organisation XII is a group made up of strong-willed Nobodies who seek to gain and tap into the power of Kingdom Hearts, the heart of all worlds.

Since Nobodies are rejected by everyone, Organisation XIII believes that Kingdom Hearts would allow them to gain a heart to truly exist among others. It is this goal that Xemnas, Organisation XIII's leader, uses to recruit and unite all its members, including Roxas, Axel, and Xion. At the beginning of the video game Kingdom Hearts 358/2 Days, the three are willing to work for this goal due to a lack of individual purpose, the Organisation's unhealthy environment,  and (in the case of Roxas and Xion) personal memories of their original selves prior to becoming Nobodies.

In order to understand the importance of the Sea Salt Trio's chosen family, we must further examine Organisation XIII's environment. It is a ruthless combination of the punitive and class system work environments found in real life. A punitive environment punishes workers for bad behaviour while rewarding good behaviour, while a class-controlling environment involves certain workers being favoured more than others. Furthermore, a class-controlling environment involves its employees obeying their boss without question. The combination of both environments and a lack of morality and emotions results in the Organisation attempting to reach their goal by confining Roxas, Axel, and Xion to certain roles.

Out of the entire trio, Roxas and Xion are considered most important to the Organisation due to their ability to wield a giant key known as the Keyblade. The Keyblade is the only weapon capable of releasing the hearts from monsters known as Heartless, the embodiment of darkness in the human heart. When Heartless are defeated with the Keyblade, the hearts released join together to form Kingdom Hearts. In 358/2 Days, Roxas and Xion are assigned missions at various Disney-inspired worlds that involve them collecting hearts for Kingdom Hearts. The two befriend each other upon being paired for missions, eating sea salt ice cream together, and discovering that Xion could use the Keyblade.

Meanwhile, Axel is expected to keep Roxas and Xion in line as a loyal Organisation member. When Roxas first joins the Organisation, Axel is ordered to help Roxas learn the ropes. Within a week, he befriends Roxas and starts to eat sea salt ice cream with him in between missions.

At first, this is only done out of duty to the Organisation rather than genuine affection. This changes after Axel is assigned to Castle Oblivion and encounters Sora, the main male protagonist and hero of the Kingdom Hearts series.  Sora's optimistic and friendly nature makes an impact on Axel, resulting in him truly caring for Roxas (and later Xion) once he returns to the Organisation's main castle.

In addition to friendship, Roxas, Xion, and Axel also display queer subtext throughout the game. Xion could be interpreted as transgender due to the fact that she was made to be a Replica (i.e. a clone) of Sora and is literally seen differently by everyone. Saix, Organisation 's XIII second in command, sees her as a hooded figure rather than a person and repeatedly calls Xion “it” and “the creature.” Only Roxas and Axel see Xion as the girl she wants to be. On top of that, Roxas and Axel's friendship could also be interpreted as something that bloomed into romance, especially when it comes to Axel. His bond with Roxas is so strong that he later says in Kingdom Hearts II that Roxas made him feel like he had a heart. 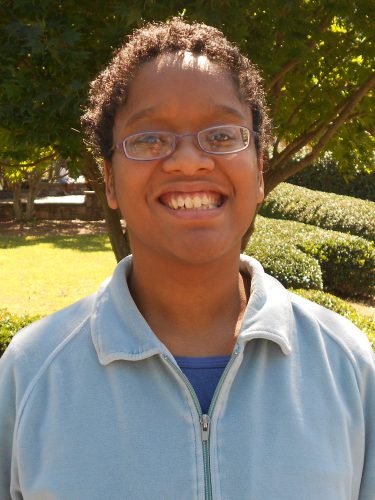 Even though this queer subtext has never been confirmed, it makes Roxas, Axel, and Xion's bond as chosen family more poignant. Although each of them is torn between what they want to do and what they are expected to do, their bonds with one another result in each of them questioning what they have been taught by the Organisation. Both Roxas and Xion grow curious about their original selves, while Axel finds himself having to choose between his allegiance to the Organisation and his bonds with Roxas and Xion. This is similar to how real LGBTQ+ people resist and rebel against allocisheteronormative standards that society has taught them.

While 358 Days/2 seemingly has their story end tragically, the Sea Salt Trio eventually gets their happy ending in Kingdom Hearts III thanks to their own choices and the efforts of Sora and other characters. Roxas and Axel defect from the Organisation , side with Sora, and discover that they are able to grow their own hearts. This is especially notable for Axel's character development since he helps Sora fight the Organisation and gains the ability to use the Keyblade. Meanwhile, Xion's bond with Roxas and Axel allows her to return to life, gain her own heart, and reunite with her friends.

By forming their own chosen family as the Sea Salt Trio, Roxas, Axel, and Xion are eventually able to fight for their own lives and purpose. Like their beloved sea salt ice cream, their story is both salty with struggle and sweet with tenderness that could be read as both friendship and queer self-discovery. Roxas, Axel, and Xion's chosen family literally gave them power to change their lives for the better and that has resulted in one of the most beautiful stories in the Kingdom Hearts video games.

Like Loading...
© Copyright 2020 By: Latonya Pennington
About Latonya Pennington
Latonya Pennington is a pop culture freelance contributor and poet. Their poetry can be found at The Asexual Journal, FIYAH magazine, and Color Bloq, among others. You can find them on Twitter @TonyaWithAPen.
2 comments on “The Power of Chosen Family: Kingdom Hearts’ Sea Salt Trio”
July 5th – Critical Distance