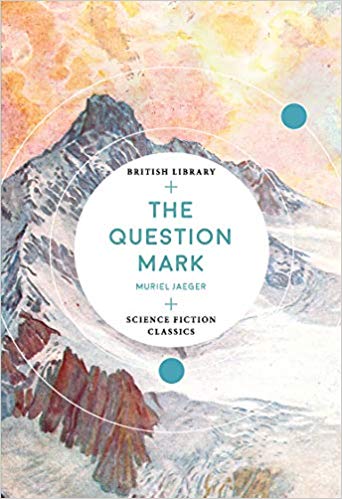 The decade or so between the death of Queen Victoria and the start of the Great War was seen, even by those living through it, as a long, golden afternoon. Britain was successful, prosperous, powerful, and in those happy days it was assumed that the wealth and innovation that was seen as so typically British would benefit the whole country, the whole world. The late Victorian socialist utopias of William Morris (News from Nowhere, 1890) and Edward Bellamy (Looking Backward, 2000-1887, 1888) had suggested that this better world was within reach. And now, amidst the optimistic mood of Edwardian Britain, writers like H.G. Wells (A Modern Utopia, 1905; In the Days of the Comet, 1906), made it seem that utopia was a process that might already have started.

Those utopian dreams were shattered on the battlefields of Mons, the Somme, Passchendaele. Modern technology, which had promised the betterment of humankind, was now seen as the agent of mass destruction. Amazingly, in the disordered society that emerged from the war, there was still a strain of utopian optimism typified, yet again, by H.G. Wells. After all, as early as 1914 he had proclaimed through a book title that this was The War That Will End War, and now he foresaw a long and inevitable era of peace under a World Government whose origins might lie in the new League of Nations for which he had advocated so energetically. But not everyone saw it that way.

The socialist utopias of Morris, Bellamy ,and Wells seemed to suggest that in a perfect society, people would behave perfectly. But hadn’t the war, its horrors still so fresh in the mind, demonstrated that people just didn’t behave like that? The 1920s was a decade in which society tried to hide the black memories of war behind a brittle façade of desperate gaiety. But even in that artificial brightness, writers were beginning to undermine the old utopian notions. They did not yet have Nazism or Stalinism to provide a catalogue of authoritarian horrors that would shape their dystopias, but still they saw that utopia was not a simple or a complete answer to the fears of the age.

It is interesting that two of these nascent dystopias, both, as it happens, by women, have been republished recently: What Not by Rose Macaulay (which I reviewed for Strange Horizons here) and now The Question Mark by Muriel Jaeger. In each case, the publisher has chosen to present the book as a precursor of Aldous Huxley’s Brave New World (1932), which is at least arguable but is not especially revealing. If they paved the way for Huxley, and presumably for George Orwell’s subsequent Nineteen Eighty-Four (1949), it was because of what they were reacting against more than what they were leaning towards.

In our modern age, when dystopia means cruel, overarching systems against which the protagonist must, literally, battle, it can be hard to read these novels as dystopian at all. The future that we visit is not dark and fearsome, but rather sunny, rich and technologically advanced. These are futures in which we might gladly share; as Jaeger says in her introduction: “Socialism is established; it succeeds, it works well” (p. 20). Indeed, for much of its length, The Question Mark reads like yet another echo of those earlier utopias. Our protagonist, Guy Martin, is a typical representative of the lower middle classes—discontent in his life and work, unhappy in love—who, one day in 1925, enters a trance and, as in Wells’s The Sleeper Awakes (1899, rev. 1910), awakens in the twenty-second century. Here, although the setting is a technologically advanced London, the scene, like Morris’s News from Nowhere, is oddly pastoral. When not travelling by Leviathan planes or by “aerocycles,” people wander along country lanes, through green fields, or visit inns that seem no more urban that the riverside pub at the end of Wells’s The History of Mr Polly (1910).

Martin awakens with no idea how he got to be in this future world (the answer, when it comes, is easily the best coup de théâtre in the novel, though it proves also to be strangely inconsequential). He is in the care of a Dr Wayland, though the good doctor shows remarkably little interest in his patient, and Martin finds himself reliant on other members of the family to act as his guides to this new world, particularly Wayland's daughter, Ena (the name, perhaps, a reference to the similarly childlike Weena in The Time Machine [1895]), and a cousin, John. With them, and a handful of other interlocutors, Martin undertakes the guided tour that is typical of early utopias. We are told that there is no money, and hence no poverty; we see that everybody has a power pack, a device roughly the same size and shape as a modern mobile phone, that allows anybody to make use of any device whenever they wish; we join a crowded plane for the flight to the Alps to witness the new sport of mountain running, during which we can infer that international travel is now free and unrestricted; and we visit a euthanasia centre, where soft music and soporific scents lull people before a fully automatic and totally painless death.

This tour of the wonders, as is so often the case in such utopian fictions, is almost completely plotless, although Martin does find himself accidentally on the fringes of one small drama. On the flight to Switzerland, he overhears two men betting on the upcoming race, with one of them wagering his girlfriend on the result. Later, in a newspaper, Martin reads that the loser of that bet had gone on to murder both his girlfriend and the winner of the bet. Then, after his visit to the euthanasia centre, he witnesses the murderer being conducted, without any particular fuss, to his death. This small story appears and vanishes with hardly any impact on the novel, and serves only to illustrate in passing that this particular future still has murder, still has the death penalty (hardly a radical notion in the 1920s), even if justice would seem to be remarkably swift, and still has a Victorian possessiveness about the place of women. Though it does perhaps give the first suggestion that there is something abject at the heart of this Omelas.

The true dystopian aspect of the world emerges slowly, so that it is only as the novel reaches its conclusion that we come to discern its nature. Nobody goes hungry, nobody is in want; work, for the vast majority of people, is undemanding, irregular, and provides more than ample leisure time. Meanwhile, those of an intellectual bent are free to pursue any area of learning they might desire. At times of need, the intellectuals might put in an hour or two of labour, as an amusing and undemanding change of pace (in this one is inescapably reminded of the way the upper classes played at being bus drivers and special police officers to help break the General Strike of May 1926, the year this book was first published). And Ena’s brother, Terry, a champion mountain racer, prefers to continue with his sport rather than give it up to go and study. All of this seems perfectly in keeping with utopian principles, and Martin’s vague sense of unease, that runs like a threnody through the novel, could be no more than his failure to adjust from his early twentieth-century viewpoint.

Gradually, however, we come to recognise that there is a new class division within society, between the intellectuals and the “normals,” and the intellectuals regard the normals with undisguised disdain. The gulf is wide, and in all probability getting wider. In a telling exchange, the intellectual John tells Martin that he is happy, but clearly does not care one way or another whether or not the normals might be happy. Hence Terry’s angry refusal to cross over from the companionship of his racing to the airy realms of the intellectual. Hence the outbursts by Ena, a normal, as she desperately tries to resist the fate she sees as her normal mother’s. Martin is able to recognise this form of class warfare as being visible in his own society, and indeed recognises his own complicity. In its climax, the novel becomes a resounding dystopia by showing that utopia is placed forever out of reach by the inescapable nature of our humanity.

The Question Mark is not a particularly well-made novel: it is largely plotless, the characters are generally ill-defined, and the prose is, at best, efficient. Nevertheless, taken together with Rose Macaulay’s novel of a few years earlier, it helps to trace the growth of dystopian sensibilities during the 1920s before the full-blooded onset of the dystopian fiction that began to appear in the 1930s.

Muriel Jaeger herself was a university friend of Dorothy L. Sayers (they were both members of a group dubbed the Mutual Admiration Society), and this, her first novel, was published, with some reservations, by Leonard and Virginia Woolf at the Hogarth Press, so she moved within the intellectual circles she regards so doubtfully in the novel. Over the next decade, she would produce three more novels, all with a science-fictional cast, but they didn’t meet with huge acclaim and in the end, she gave up writing. The Question Mark is not a lost masterpiece, but neither is it a book that deserves obscurity. We see here the emotional and cultural effects of the First World War beginning to darken the once hopeful views of the future. Utopia was no longer an adequate model, because the war had shown that human nature was not perfectable, and the post-war world had to live with that knowledge and the social changes it had wrought. The Question Mark shows how all of that might undermine what had once been hoped for the future, and as such it occupies a pivotal place in the development of twentieth-century science fiction.

Like Loading...
© Copyright 2019 By: Paul Kincaid
About Paul Kincaid
Paul Kincaid has received the Thomas Clareson Award and has twice won the BSFA Non-Fiction Award, most recently for his book-length study, Iain M. Banks (2017). He is also the author of What It Is We Do When We Read Science Fiction (2008) and Call and Response (2014).
No comments yet. Be the first!