Articles, Non-Fiction
Size / / /
Variations on a Name: The -Punks of Our Times
By: Jaymee Goh

Steampunk is dead, I am told. “An agent told me I can’t use the word ‘steampunk’ to describe my novel,” a friend told me, “and I asked other editor friends and they said the same thing. You can’t call your book steampunk anymore.”

Steampunk, an aesthetic of accelerated technology in settings inspired by industrial revolutions, has always had a fraught problem with definition. When I first participated in steampunk, I noticed that we almost always had to figure out how to define it so that people could recognise it when described with words, and then we had to define it so people could have flexibility with it. Is it set only in Victorian times? Can it be non-British? If it was American, can it be Native American? I had to listen to people describe it as “Victorian science fiction” because that was their easy short-hand to explain “science fiction inspired by the Victorians” and immediately locked it up to a specific time and place, a specific look and vocabulary, rooted in an imperialist history that directly shaped the white supremacist conditions of today’s world.

When Ay-leen the Peacemaker and I first advocated for multiculturalism in steampunk, we had to come up with a different way of conceptualising steampunk that broke free from the 19th century Victorian space it seemed locked in. We were not the only ones trying to play with re-imaginings of technology in historical periods. There were queer imaginations at work as well. Disability was a quiet force undergirding the fantastical technology designed to aid the human body, to give it more power. 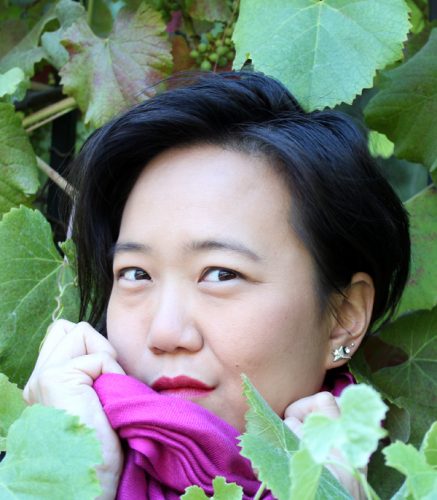 And now we apparently can’t have steampunk, because steampunk as a commercial genre is overdone and too niche. Nobody wants steampunk anymore, it seems.

Names are useful things. The imagery conjured up by a name can spark a series of questions that are fruitful and productive for science fiction stories, whether or not the science in it is robust or accurate. Consider how the term “steampunk” itself is a riff on “cyberpunk,” a joke in Locus Magazine that took flight when it burst onto the Burning Man scene; suddenly whole swathes of Anglophiles and fans of antiques and the Victorian aesthetic had a name to describe and find their fandom. All we had to do was change half a word, and suddenly, the imaginary changed, from a near-future filled with glittering LEDs and plastic neon fashions to the 19th century filled with giant brass machines and a lot of brown clothes.

Here is a brief list of other similar science fiction aesthetics that have been in circulation, though not necessarily directly inspired by steampunk:

All of these -punks are derivatives of cyberpunk and steampunk, and all in good fun to give a name to aesthetics separate from each other. However, the terms do not in themselves imply settings beyond the West or the specific histories of technology that people of colour have. Quite the opposite. Creators of colour have had to come up with terms to describe their work outside the white supremacist milieu of most retrofuturist science fiction as a result.

The most famous one is Ken Liu’s “silkpunk.” In his io9 interview, he calls it a science fictional aesthetic that draws inspiration from “classical East Asian antiquity.” Its descriptions of materials that make up the technology are based on “organic materials historically important to East Asia (bamboo, paper, silk) and seafaring cultures of the Pacific (coconut, feathers, coral)” while the technology in his silkpunk novel use is inspired by the inventions in the Romance of the Three Kingdoms. However, this term also harkens to the Silk Road, and the technologies that arise from the ideas exchanged along this trade route. It brings up questions of what happens when travelers are inspired by each other. The word “silk” itself calls to mind a certain luxurious material built from little silkworms, and like the gear so popular in steampunk tech imaginaries, calls for an analysis of the humble labour behind the spectacle of luxury and opulence so often associated with Chinese imperial antiquity.

Ken Liu was not the first Asian to coin his own term to describe his work that takes up fantastical technology in a quasi-historical setting, nor even the first writer of color. Long before, Jeannette Ng (now famed for her novel Under the Pendulum Sun) created an outfit in 2010 which she called the Ricepunk Traveler, coming from a culture where “rice” is practically synonymous with “food.”. Though this was a cheeky term, Jeannette Ng did point out back then, “the possibilities of Asian Steampunk are exciting: greatships and waterclocks, printers and giant compasses, ornate metal dragons dancing on every wrought iron surface – this is the part of the world that did, after all, invent gunpowder.” The agricultural technology implied in ricepunk is timeless as a concern of any civilisation, and terraced rice fields belong to any age and era of rice-eating Asian countries.

Ay-leen the Peacemaker used “bamboopunk” for a generally-Asian, specifically-Vietnamese form of steampunk. Bamboo is a versatile building material, biodegradable, and easily replenishable. Bamboo as a material, much like plastic, creates its own aesthetic that is sustainable and ineluctably Asian. Technically a grass, bamboo propagates through a rhizomatic root system. Taking a leaf from Gilles Deleuze and Felix Guattari’s theory of assemblage, we can use the metaphor of rhizomes to describe the relationships between individual people, their function towards each other. It is a reminder of how a society is composed of individuals, all connected to each other in a system that mutually benefits each other in a system of dependence, and a few poisoned individuals has consequences for the entire ecosystem.

Similarly, I called my own Malaya-based steampunk “coconutpunk” or “kelapank” (“kelapa” being the Malay for “coconut”), a bilingual blend to think about migration and the movements of people, especially across the Pacific. The coconut tree propagates itself by dropping its seed, the coconut, onto the beach. Lifted by the tides, the coconut floats off to some other beach, possibly crossing entire seas, to take root on completely different shores. It may even start sprouting in transit. Like the bamboo, the coconut is extremely reliable and plentiful as building material; we call it the Tree of a Thousand Uses. Bamboos and coconuts as metaphors ask questions about survival in the diaspora, how we stay ourselves and thrive in changing worlds. Bamboos and coconuts as materials gesture to the steampunk impulse to make things of whatever is available, to take one thing apart and make many things out of it.

African-American steampunk has also responded to steampunk as a term. DoSelle Young created the term “cotton gin punk” as a steampunk derivative that focuses on the presence of African slaves in the processes of industrialization. The cotton gin was a machine that made separating cotton fibres from seeds easy, so much so that cotton became a profitable industry. However, rather than easing labour, the invention of the cotton gin led to increasing numbers of slaves on the field to harvest cotton. Thus, the term “cotton gin punk” forces an examination of slavery as an industrial technology serving colonial capitalism, and how technological advancement meant to make work easier instead intensifies suffering.

On the other side of cotton gin punk is “steamfunk,” coined by Balogun Ojetade to refer to his work Moses: The Chronicles of Harriet Tubman (which re-imagines the iconic figure as a steampunk spy). Steamfunk explores a more empowered, more joyous engagement of African-descended people.  Funk as a type of dance music is a combination of many different musical genres, much like how steampunk is a combination of aesthetics. 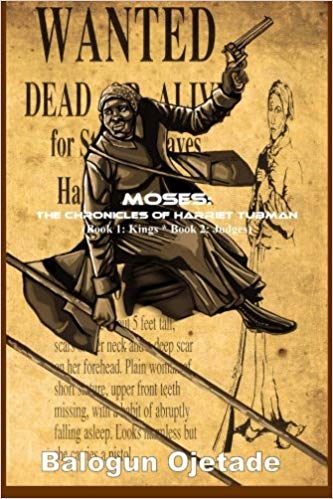 Cover of Moses: The Chronicles of Harriet Tubman, © Balogun Ojetade.

There is also much to be said about indigenous steampunk, which doesn’t have a specific term of its own, largely because there are so many indigenous peoples in the world. Take for example, Anishinaabe games designer and filmmaker Elizabeth LaPensée, for whom steampunk should be about recycling and materials that can be found in nature. In a world of accelerated technology, how might Turtle Island have resisted European colonisation? What would that world look like? Setting aside the stereotypes of the noble savage, the “lost” civilisation”, the “dying culture” or “died out people”, the warrior who seemingly only exists to fight back against the coloniser, what are the stories and aesthetics the rest of us are never exposed to? 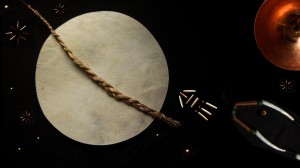 There should be nothing revolutionary about these ideas, because the diversity of cultures and technologies has always existed whether the colonisers liked it or not, despite all attempts to stamp them out of reality. The assertion of this reality, sadly, remains a startling thing for many in the political mainstream, but the responsibility for educating anybody about this reality does not fall on the shoulders of the minorities, whose business is to write and celebrate that reality. It should not be an obligation, nor an angry impulse, yet here we are, in this hellscape timeline where a critical mass of people of colour gathering unnerves white people.

Eurocentrism is the idea that the development of civilisation today is a long unbroken line originating in Europe, with only improvements in the democratic process championed by European powers. They are the colonisers who have set the agenda for the rest of the world in what counts as development, as economic progress and technological advancement. It is held in place by narratives propagated through the stories we tell of ourselves. Which means that Eurocentrists, white supremacists, have made and continue to make their civilisation everybody else’s business, whether we like it or not.

We can have our steampunk, with its looming airships and lumbering technology, with its re-calibrated histories and bricolage aesthetics. We can have it under any other name, because luckily for us, punk has never been about firm adherence to order. The question about whether steampunk lives or dies is commercial, the question about its relevance is ideological, but the questions it provokes and continues to provoke are historical and technological in tandem, which will always be interesting questions, for as long we have a future to look back onto history with.

Like Loading...
© Copyright 2019 By: Jaymee Goh
About Jaymee Goh
Jaymee Goh is a writer, reviewer, editor, and essayist of science fiction and fantasy. Her work has been published in a number of science fiction and fantasy magazines and anthologies. She wrote the blog Silver Goggles, an exploration of postcolonial theory through steampunk, and has contributed to Tor.com, Racialicious.com, and Beyond Victoriana. She graduated from the Clarion Science Fiction and Fantasy Writers Workshop in 2016, and received her PhD in Comparative Literature from the University of California, Riverside, where she dissertated on steampunk and whiteness. She is a Malaysian citizen currently living in Berkeley, California, where she works as an editor for Tachyon Publications.
No comments yet. Be the first!