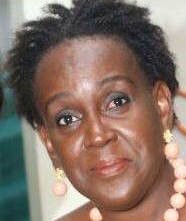 At Marble Arch station, the train stopped and a woman took the seat beside his. Irritated she’d sit so close when other seats were empty, he turned to look at her. It was Alexandra and her eyes were pools of sadness. His body went weak. His heart started to thump and goose bumps broke out all over him. He opened his mouth to scream but only squeezed out a groan. He tried to stand up but something pulled him down. It was a metal clamp and it held his wrist to the handle of the seat.

“Please, don’t hurt me,” he said in a hoarse whimper.

They inspected each other, then he stretched his hands to her.

“It’s futile,” she said. He drew back his hands. “I’m in torment roaming about. Please bring me home.”

“You can do more. Ensure they return me to our father’s compound. There should be a place within for me and others like me.”

The handcuffs melted away and he reached for her again. But she was gone. He covered his face with his hands and wept—heart wrenching sobs that shook his body and filled the coach with its noise.

From “A Place Within”

We start out getting Vivian’s name right, and then what her favourite story is.

Vivian:  “Hmm. I think it’s ‘A Place Within.’  The story has some personal significance to me.  First of all, it’s set where I come from, Imo State in the southeast of Nigeria.

“We are Igbo and in my part of Igboland when an unmarried woman dies, she is not buried within her father’s compound. Some families do otherwise, but culturally it’s a taboo to bury her inside the compounds. It’s been there since even before I was born, I’ve always known about it, like part of my skin. But I started questioning it when an aunty of mine was very ill in 2014. She was … terminally ill and this discussion started to come into my family: (whispers) where she would be buried. We started having meetings and I found it very unfair. To me it just seemed so mean to throw this woman outside because she was not married at the time. She had been married when she was much younger but the marriage fell apart and she didn’t have a child.

“She was educated. She had been a teacher; she had retired as the assistant principal of a secondary school. She was a woman with dignity, everything. And then simply because she wasn’t married, you’d want to bury her in one small overgrown piece of family land. The place is so untidy, so overgrown. That is where people throw rubbish, throw junk. You want to clear it out and bury her there.

“So I decided to do that story. I wanted to challenge that part of our tradition and say it isn’t right. In Igboland, you see criminals, people who were irresponsible men. When they die they are buried with all the honours within the family compound. Because it’s a thing of pride in Igboland for a man to be buried in his compound. It’s our custom. We don’t usually bury in cemeteries. And then you see a woman who’s led a life of purpose and you just want to throw her out there. I was pained by it.”

In the story it all turns out to be a plot, except that one of the men see something that is explained as schizophrenia. He seems to see his dead sister’s spirit.

“When I wrote it the first time it was supposed to be a ghost. (Laughs) Everything that happened was supposed to be real hauntings. Even Madame Beatrice was actually covered in cobwebs. Chinelo (Onwualu, editor of Omenana) read it and I got the sense that she thought I didn’t make sense, that it didn’t quite tie up together. So I decided to make it look like a plot, so that at the end of the day it’s all quite rational.”

At the time of the interview, Vivian was busy submitting the story to One Throne, to an imprint of Commonwealth writers called adda, to Expound, to the Commonwealth Short Story Prize and to the Jalada anthology on fear.

Her other published fiction includes ‘A Ball of Thread,’ from 2015, which was short-listed for the Writivism Award.

“I think I am speculative in a way. My stories, they have elements of fear, spookiness, a bit of horror. In that sense I would say they are speculative fiction. Maybe some other person will tell me better.”

We talk about her story ‘My Name is Hope,’ which is in part about an intersex child, and about an after-death experience. It was published in The New Black Magazine in 2014.

Vivian: “In 2013, I saw a lot of conversations going on social media about Nigeria’s challenges, problems, how terrible the government is and all that. Every day, every minute, there was just bashing going on and on and it. I know it is true, but every opinion I read sounded so lacking in hope, so frustrated, so bitter, and so angry.

“I felt what we really need is to hold onto hope that things will be better. We need to step away from the attitude of desolation and depression and anger and frustration that seemed to be reigning at that time.

“So I decided to create this character called Hope. He is symbolic of the Nigerian man and woman. He went on a journey with his father and he had an accident. The rest of the story is like an out-of-body experience. In the after-life of heaven, whatever you may choose to call it. He went to a place of utopia, a perfect world inhabited by innocent children, and one of them shows him the real world, a world that is dirty and spoilt and stinking and rotten…

“I’ve also written some commentary that I’ve submitted to the blog My Mind Snaps, run by Walter Ude.

“I also have written some commentary for Sahara Reporters on mob action. You know in Nigeria sometimes when a thief is caught, they beat him and burn him to death.

“I wrote something recently. It was published in Olisa TV, edited by Mazi Nwonwu, and it was also published in New Black Magazine. It’s called ‘A Close Brush with Death.’ I actually witnessed a girl almost killed in front of my office here because she was wearing a dress that was deemed too short. So the mob, a crowd of boys started to beat her and wanted to tear off her clothes, and the policemen were watching while it happened. So I walked up to the police and asked them to please go after the girl.

“The four suspects were released because nobody agreed to be a witness. Who would want to come out and say ‘Yes, I saw that happened?’ The person would probably be killed also.

“Because criminals evade justice all the time, the mob takes these things into their hands once they hear someone’s a thief. But how are you sure. If you didn’t catch him stealing how can you be sure?”

We talk about the opening of Jennifer Makumbi’s novel Kintu, which starts out with a mob in Uganda killing someone for being a thief—by mistake. I ask about her childhood reading.

Vivian: “Enid Blyton. Every child reads Enid Blyton and Gulliver’s Travels and Alice in Wonderland and The Wizard of Oz. Now I just read everything.  Well, not everything, because I can’t buy everything. I recently bought The Fisherman, Taiye Selasi’s Ghana Must Go, and Arundhati Roy’s The God of Small Things.”

We talk a lot about the Arundhati Roy and then go back to the writing life.

“I’m not a journalist. I’m actually an interior decorator. I started writing two years ago in 2014. I’m writing other stories that are not speculative fiction. I think I’ll send them to Brittle Paper or The Kalahari Review.

“After attending the Writivism nonfiction workshop in Ghana, I did one nonfiction, a travelogue, and a piece of fiction that hasn’t been published yet. My mentor online was Tiah Beautement. The workshop itself was facilitated by Yewande Omotoso. There were four of us from Nigeria, and the rest were from Ghana. I love Ghana.

Her description of the workshop, “Looking for the Badge of Honour,” was published in April 2017 in Afridiaspora.

“I have many ideas, but I have to juggle writing with work. I have to pay the bills. It is a bit difficult when you are working full time and writing. So I get to write only in my spare time. When I get home I’m usually tired, and then sometimes I have to wake up in the middle of the night, or two hours earlier, to write.”

In 2017, Vivian’s creative nonfiction was short-listed for the Kofi Addo Prize, in association with Writivism.

Vivian also interviews survivors of the Nigeria-Biafra war and documents their experiences in My Biafran Story, a collection of eyewitness accounts of the Nigerian-Biafran civil war.

In a June 2018 email she wrote: “I'm also glad to tell you that “A Place Within” will be published by Jalada before the end of this month. I had totally forgotten I made that submission, so their acceptance email came as a big surprise; a pleasant one.”

Which means that ‘A Place Within’ will be available online soon. 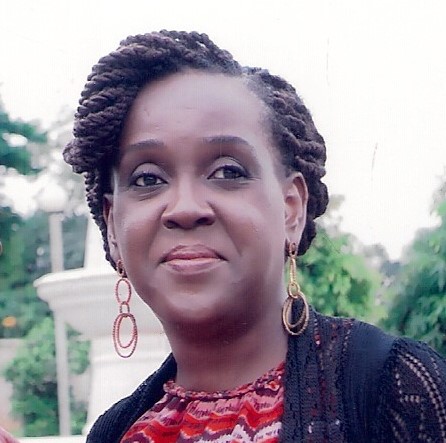