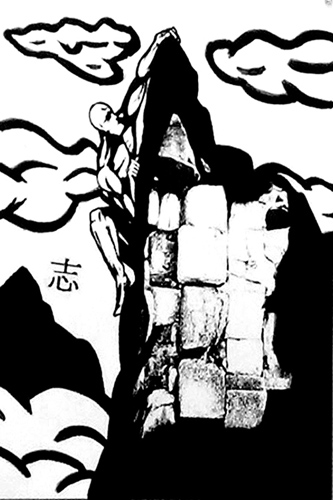 Chris O’Connell was born and raised in Massachusetts and has been to drawing and painting since early childhood. While growing up, his drawings were heavily influenced by science fiction films, comic books and animated television shows. Chris eventually attended numerous schools until finally earning a BFA in 2001, and later a Masters degree in Liberal Arts in 2003. His professional work has since come to include graphics development, photomanipulation, web design and even video game development, with clientele in fields ranging from academia to small press literature to independent film. After teaching numerous college courses, both in the fields of fine arts and computer science, Chris currently serves Massachusetts-based multimedia firm NinjaGirl Productions as chief operating officer and lead designer.

You can view more of Chris's artwork at www.chrisoconnell.net, and he can be contacted by email at demonsword@hotmail.com.