Congratulations on your purchase of Kenneth Barrow, summer 1981’s most desirable creature, six-foot-nothing in combat boots and a sweat-damp T-shirt, immaculately scruffed, conquistador of dance floors both domestic and foreign (meaning north of 42nd Street). Our genuine Kenneth is reconstructed from his prime, using details extracted from the minds of over sixty aging queens who beheld his beauty at its zenith, in that great glorious Twilight of our age, who between them encompass every aspect of his perfection.

Virtual Kenneth is not a toy. None of our other virtual boys have seen such a high volume of user complaints, or use-related suicide. This proscribed document, as well as the source code and imagery schematics We are presently releasing, present a grave risk for both reader and writer. And yet—We feel We must. Following these simple instructions will ensure that you get the most from your boy, with minimal risk of strained muscles, sore knees, ravaged sphincters, broken hearts. 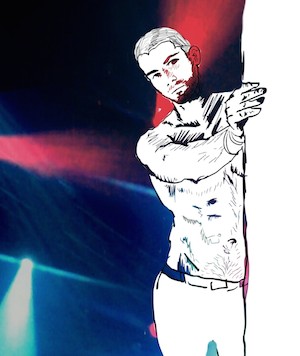 Item 1: Your Kenneth will be cruel. No attempt was made to varnish or mitigate his vanity, his arrogance, his confidence that you would do absolutely anything for the pleasure of his physical proximity. Plenty of virtual boys line the digital shelves, Frankensteined together to degrees of pornographic perfection, the bluest of eyes, the hugest of hard-ons, the pecs and nipples and musical tastes most precisely calibrated to get you where you get off. These boys project pure desire, smiling epically at your advances no matter what you look like. These boys will be overjoyed to do whatever you want. Not so with Kenneth! His notorious fickleness has been preserved inviolate. His positive or negative response to your attempts to dance with him or drag him into the backroom depends on a hundred complex algorithmic approximations that not even We fully understand. This was a huge point of contention between We, the Creators, and the Manufacturers. 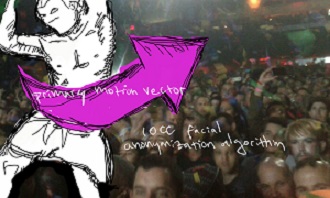 Item 2: Do not attempt to introduce your Kenneth to any simulations of actual sunlight. Every single scrap of Kenneth-memory we could find features him lit by strobing spotlights or the star-stream of mirror-ball specks. Bringing him to a virtual beach or a Central Park picnic may result in a vertigo-or-epilepsy-inducing light refraction pattern. 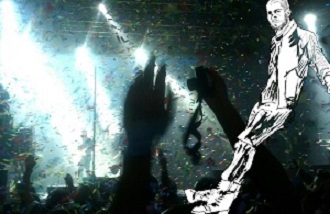 Item 3: Long-term use is not recommended. Our initial efforts to program in an expiration date were scotched by The Manufacturer, who felt it would hurt sales. Item 4: Do not attempt to scratch the surface of Kenneth. No last name, no idyllic childhood, no fondness for opera or sweet potato pie lurks beneath his radiant skin. Exhaustive research has yielded his last name and favorite song, the latter of which We will keep, for ourselves . . . We, the creators, who cling to that privilege as we cling to the use of the Royal We as a euphemism for one man chasing glimpses of a long-dead boy in a long-dead world. Or The Manufacturer as a gentler way of saying Greedy Capitalist Fuck Who Doesn’t Care Who He Hurts.

Item 5: Never forget that Kenneth is a fossil, last exemplar of a vanished species. There are no Kenneth sightings after 1984. He did not move to San Francisco, or Madrid. We have scanned the memory logs of millions, searching for him. If Kenneth was alive, he would have found a dance floor. 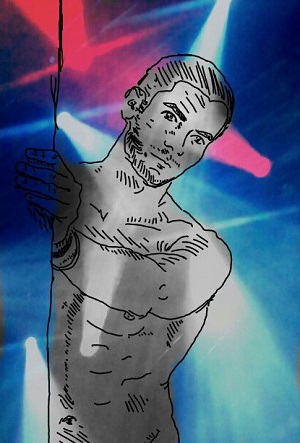 Item 6: Those of you who did not live through the Plague Years, and have purchased Kenneth as part of the AIDS History Teaching Module, may be surprised to find it part of the curriculum surrounding a vanished disease. But Kenneth is vital. Kenneth is why the disease did what it did. Kenneth is why so many people made fatal decisions. Dancing beside Kenneth, smelling him, watching sweat swirl off his head when he spins, you will know why someone would risk death for an hour underneath him. 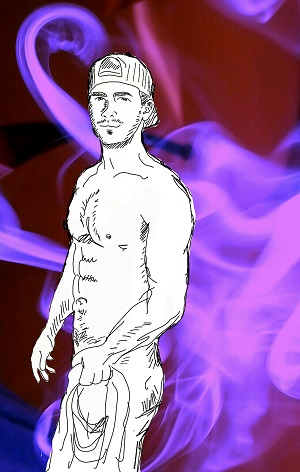 Item 7: You grow old. Kenneth does not. Your body breaks down slowly, betraying you piece by piece, and every new calamity that does not kill you adds another name to the long list of pills you must pop every single day. For this reason, the red-wine head-rush joy you get from Kenneth will sour into vinegar over time. 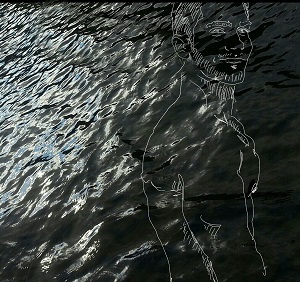 Item 8: Every beautiful boy is a poem. Every stud is a song, and sticks in our head and refuses to let go. Boys walking tall with new haircuts; boys grinning hungry from the need for one. We made Kenneth because we thought he would make us stop wanting him. But when it comes to beauty, we are insatiable. Art does not make us feel better. Love songs and Virtual Kenneths and Rembrandts only feed the fire that consumes us. 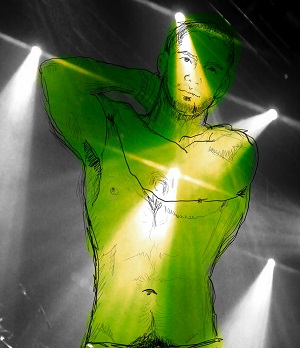 Item 9: We want. This is who we are. This is why capitalism has conquered the planet, why no man can stand against commerce. Why shopping makes us feel better. This is why we created Virtual Kenneth; why we realized, once we had him, that he was not the cure for our sickness. And why we could not put him back in the bottle once he was born. We want because we will die, because our bodies do not obey us, but rather a primordial Prime Directive: make DNA, spew it out into the world, and then die. 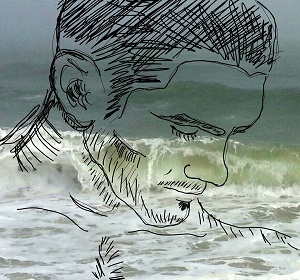 Item 10: In the end, Kenneth is no different from any other gadget. We will pay handsomely for him, because staring into him makes us momentarily forget what we are. Where we are going. But know this, as you see him, as the diamond sharpness of his beauty scrapes you raw, as he lodges like a bone in your gullet, as you carry him around with you through subway platforms and long supermarket lines, through the doctor’s office waiting rooms that have become your life and the funerals that now extend, regular as holidays, in an unbroken line to your own: the truth that Kenneth reveals and then immediately obscures, elucidates and then obfuscates, is this: that you are dying, and Kenneth is already dead.