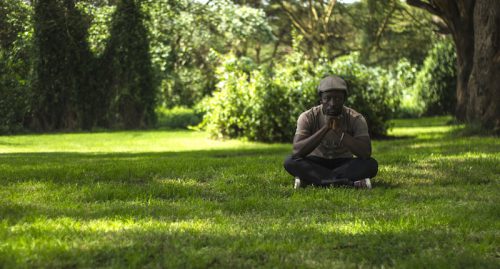 Night was the best time to visit Quadrant 7 if you were looking for mem-bits from the 21st. Old men too poor to afford to make money any other way, sold priceless memories for as little as 100 EA$. They sold to me cheaply because I bought memories nobody else wanted. Love, pain, laughter, and happiness, but mostly I bought history. I paid extra for memories of childhood in the late 21st; before the water and energy rations, even before ZEOS itself. I had a modest website where I uploaded them for free, and it was getting quite well known. I wasn’t the only one looking for the feelings we had lost. The vicious gangs that ran the quadrant did it differently though. They almost exclusively bought sexual memories, and then violence, thrills, and intoxication in that order. And if you owed them for food or a place to sleep as most of the old men did, they paid you nothing. They preferred to rip them for quality, erasing the memory from its donor’s mind completely. Gaps in the mind drove you crazy after a while, and the quadrant streets were full of people who had sold too much, wandering the streets trying to relearn things they had known all their lives.

—From “Afropolis” on Alex’s blog

Alexander Ikawah walks into the Decasa Hotel on River Road with a very expensive camera, having just bussed back from Garissa, a northern town near the Somalia border. He was photographing an event commemorating the anniversary of a mass murder at a branch of his own old university. Al-Shabaab militants targeted Christian students as they slept in dormitories—148 people were murdered.

He is outraged that publicity-seeking politicians had hijacked the event. He shows me with toothpicks on the tablecloth how the politicians faced the media and the media faced them, and both had their backs to the crowd.

“The media were performing for the politicians and the politicians for the media.” Tribalism is one of his key themes. Some of the Somali community might have known the attack but there is not much communication with other Kenyans. He believes that privileging English has contributed to cutting off local language groups from each other because only the elites from different language groups truly communicate to each other in English.

To read more on the Garissa massacre, Alex recommends a news story by Nanjala Nyabola.

Alex is a journalist. Also a writer of literary fiction, a writer of science fiction, a poet, a musician, a TV station’s graphic designer, a photographer, and a film maker. Artists in Kenya turn themselves to whatever is at hand.

His short story “April with Oyundi” was shortlisted for the 2015 Commonwealth Short Story Prize—the second time he has been shortlisted. He is a founding member of the Jalada Collective, the voice of a new Pan-African generation of writers and important for this series because its third anthology (perversely numbered 02) was Afrofuture(s), featuring contributions from many African writers, including huge names in the field like Binyavanga Wainaina, Dilman Dila, and Sofia Samatar.

He is releasing his film Relay Point Omega online in a month or two (Summer 2016) about a future Nairobi dystopia. It’s twenty-seven minutes long and was premiered at the African Futures event series (a three-city festival of AfroFuturism sponsored by the Goethe-Institut).

The film offers a choice of different endings, designed to be viewed on YouTube, with viewers being able to select their own ending. You can see a trailer for the film here, and coverage of a recent screening and discussion of Afrofuturism can be found here.

Alex has a long history with the experimental literary scene in Nairobi, at one stage being a host for the group World’s Loudest Library. He would issue writing challenges from the Writer's Digest website and publish his own responses on his blog.

His SFF stories from this period include “Where the Grass Has Grown,” which you can read on Alex’s blog, about idols and an ancient curse, written in honor of cartoonist Frank Odoi.

“Afropolis,” a story he wrote in 2012 for the Innis and Outis Science Fiction competition, is science fiction by the definition of the term—a picture of a future city of 3000-foot skyscrapers, about a man who buys people’s memories in a kind of bleak Tomorrow Land. He says it is set in a Nairobi with aspects of American culture taken to extremes. He tried—and he thinks failed—to give the SF content a local Nairobi flavor.

“There is a difficulty for science fiction stories as so many of the words and concepts used don’t have equivalents in local languages. Because the writers have to think in English, a lot of African science fiction lacks a unique voice. That was the problem I encountered when I tried to expand “Afropolis” into a novel.”

“Afropolis” remains unfinished, though you can read it here on his blog.

“Some people writing SF based in an African setting transfer the western models almost completely, using only local names and settings and fail to really write about Africa and Africans. In particular, they fail to source their material from local aesthetics, folklore, and oral tradition. Such work always feels borrowed and false.”

Of his fiction, his favorite story is “Sex Education for Village Boys,” published by Jalada, a mainstream story that combines experiences of friends in his home town. It reminds me a lot of the work of Junot Diaz. Here again, the question of language and local voice is crucial for him.

This is a familiar theme among a lot of the younger writers in Kenya. They find the work of the older generation of writers either formally conservative or just too English.

“For some time in Kenya you were punished for speaking in a local language except perhaps for special topics or an hour a day in school. You learned Swahili for just an hour a day. Speaking English has become a class thing. Some parents have prevented their children from learning local languages as a sign of status. Even Swahili is not safe from this.”

“For me, this is neocolonialism. Being taught to think in English, being forbidden to speak local languages, learning concepts in English. This means our intellectuals look to the West. The thoughts and literary works expressed in local languages and for local consumption are regarded as less valuable.

“This class association means that the non-elite segments of local-language speakers don’t communicate with each other and get locked in separate spheres. So the result of trying to make everyone speak English is actually an increase in tribalism among the rank and file.”

At the time we speak, he’s working on “Chieng Ping”—a story set in pre-colonial times about an annual football match between local warriors and the spirits. The hero of the story is the first girl to take part in such a match and she changes the rules of the tribe in favour of women as a result.

In the Luo stories he grew up with, magic is every day. “Christianity othered this kind of thought. It was pushed into to a niche because it is antithetical to Christian thought.”

He in fact credits his earliest SF influence as being the Bible, especially the Book of Revelations. “I liked the animals with two different heads and horsemen of the apocalypse. I didn’t want a religious interpretation.” He loved Tolkien, but most especially The Silmarillion, which read like a collection of oral tales or the Bible.

He was particularly fond of Luo traditional stories about Apul-Apul. “I wondered how it was that Apul-Apul kept varying in size and appearance. In one story he could swallow a town, in another be beaten up by a hare. Then I realized that he is in fact a concept, the concept of greed, and I loved that.”

He read a lot of H. Rider Haggard and loved the impossible monsters of John Wyndham’s The Kraken Wakes. As a child he loved Japanese anime, Roald Dahl, and Dr. Seuss. Alex is a Ray Bradbury fan and wants to adapt for film the Ray Bradbury story “The Wonderful Ice Cream Suit.” He is also a great fan of the Nigerian singer-songwriter Fela Kuti.

“Fela started out in English, moved to Yoruba but eventually settled on pidgin. Pidgin is a halfway house, a localized English full of local voice, expressing a range of thoughts. Kuti is able to put philosophy into his song, like oral tradition. His songs are full of commentary, political and social.”

Alex considers himself “a revolutionary writer with a purpose” for whom language is a political weapon. For him, “All writing is rebellious.” Writing science fiction or stories based on traditional beliefs, and re-examining the role of English are all rebellions against the mainstream. Perhaps the most distinctive strand characterizing some Nairobi writers is an interest in experimental fiction. Taken together these elements make these young writers, though all very different from each other, into something like a movement.

Like Loading...
© Copyright 2017 By: Geoff Ryman
About Geoff Ryman
Geoff Ryman is Senior Lecturer in School of Arts, Languages and Cultures at the University of Manchester. He is a writer of short stories and novels, and science fiction and literary fiction. His work has won numerous awards including the John W. Campbell Memorial Award, the Arthur C. Clarke Award (twice), the James Tiptree Jr. Memorial Award, the Philip K. Dick Award, the British Science Fiction Association Award (twice), and the Canadian Sunburst Award (twice). In 2012 he won a Nebula Award for his Nigeria-set novelette "What We Found." His story "Capitalism in the 22nd Century" is part of Stories for Chip, edited by Bill Campbell and Nisi Shawl and published by Rosarium.
3 comments on “Alexander Ikawah”
Strange Horizons - Richard Oduor Oduku and Moses Kilolo By Geoff Ryman

[…] Alex Ikawah, Richard is a Luo and could really engage with Alex’s “Sex Education for Village Boys”: “I […]

[…] co-host of the World’s Loudest Library, an organization that has in the past been headed by Alex Ikawah and Clifton […]

[…] English novel so preoccupied with oral literature? That too is a typically African theme. In fact Alex Ikawah in his interview prefers The Silmarilion to LoTR because it so resembles traditional […]