Many people think life in South Africa is great. "This is the best time to live in South Africa," says David Isaacs, a coloured director. I met David while staying with visual artist and stylist Jean Meeren. Jean said something similar:

"It’s the right time for ME to be a South African. I was seventeen when apartheid ended. Back then we were so stifled in the youth culture. We were cut off and now it’s just exploded and with that comes this the freedom to be anarchic or post-roots or pessimistic or nihilistic or rebellious. Or also, mostly, to be free of boundaried identities, to be post-race or post-gendered, to live any whatever identify you feel like at that moment, or multiple identities or a continuum of identities. That’s what I’ve been waiting for twenty years. The time has come." 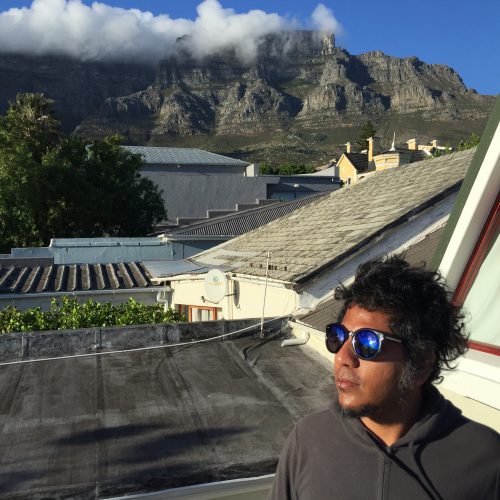 But not for everyone, part of my brain whispers. I ask Jean to give me an example.

"Like, as in, it’s been years of you-step-out-of-the-house-and-you-get-immediately-racialised. You have to stand for a certain race or race group, and if you don’t then you are letting down the South African project of nation building. Now, within youth culture, there’s a recognition that that is kind of dumb. Standing up for those things is just taking us back into the apartheid structure. Your identity can also be that you are punk or a graphic novelist or a poet.

"Like the party tonight is at these guys’ studio, and it’s a hip-hop party, it’s nothing to do with race at all. It could be 99 per cent white and it would still be a hip-hop party. The head of the thing works with the Nude Collective. They work with nudity and exposing yourself emotionally and physically. Each person is making many different art forms." 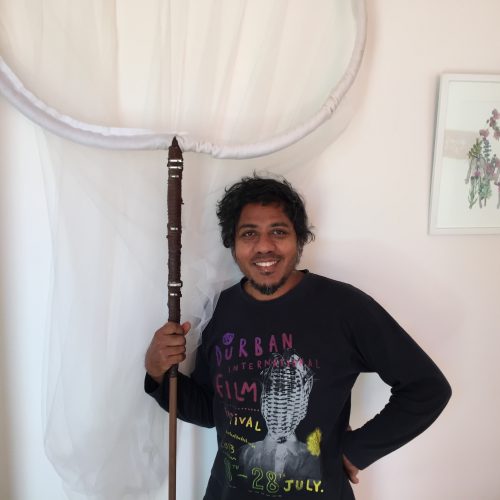 True, maybe, in the arts, professions, or in the Johannesburg media scene. South African media would seem to have sizeable numbers of visible black announcers and actors. I can accept it’s exciting to be young, talented, and employed in SA. I can also accept that most black people still seem to be invisible.

I stayed with Ray, a young ethnic Zulu architect who comes from a modest Durban background. His studies ended for lack of funds. He started working as a waiter, and his banter so impressed a businessman that the man became Ray’s benefactor and paid his fees so he could finish his qualification. Ray now works in the Cape Town office of an international architect.

I had a great night out with him, his girlfriend, and two of his colleagues—one from Mexico, one from Ireland. We drank on Kloof, and then walked up and turned at Kloof Nek, which does a coat-hanger bend. Right on the corner is the pub The Power and the Glory, otherwise known as the P&G.

Ray seemed to know everybody there, including writer Nick Mulgrew (whom you will meet), and a mix of young South Africans, including many rather beautiful young women. The architects made fun of the way South African 20-year olds say hi ... "Hey!" Nobody thought of taking a taxi back. We staggered back late, as I had earlier walking with Jean from Long Street at 2 a.m.—though one of those nice white girls got mugged as she was getting into her car.

Not far from P&G on Rheede Street, round the corner from the Labia theatre (Don’t—it was opened by a Princess Labia, OK?), you will find Mabu Vinyl and Sugar Music. Old Elvis singles are stapled to the wall and masses of CDs, vinyl, and old videos are piled in slight disorder. Inside, it’s the '60s—people speak in an affected way that is designed to separate them from the boring people, and to keep up a relentlessly positive vibe. They call even me (a white, bearded, sixty-five-year-old prof) "my brother." When I ask for old South African jazz, they offer an explanation that I am too unhip to understand (basically, I think that collectors bought their stock).

They know Uthani Magubeni, the literary sangoma who you will meet later, ("Brother he’s here, you know, he’s here") and they all know Nikhil Singh (whom you met in Chapter Two). I tell them about Nikhil's novel Taty Went West, and an old hippie-ish guy says he’ll talk to the public library about buying it.

A black girl with a shaved-smooth head comes in and listens to what is currently on the stereo—the same two cello notes repeated endlessly. "It’s jazz, it has random jazz in the background," says Shades, addressing her. It’s not exactly true, but all of us wish it was. In fact, the music is bloody boring, but it would be negative to say so.

"You are not into it," the smooth woman says. "It goes into you and heals." This could have been said at UCLA in 1968. "Les delices de Cape Town." The compliment is in French, and she says to Shades, "I studied it at university. My parents were from Uganda, but it doesn’t signify. My dad was from Rwanda and my mom from Ethiopia." The guy in shades says yeah, he could get an Ethiopian vibe from her.

All of this is bullshit, but you know, it is so much better than Donald Trump, or grumbling about each other, or getting all self-righteous on people’s ass, or shutting them out. The guy in shades says that all his people were from Ireland and Sweden four generations back and the woman says, "That is so South Africa— everybody from everywhere else. There are no countries."

Maybe they won’t all kill each other. There is always hope—I hope.

Continue the discussion here at Strange Horizons and also at:

(Return to 100 African Writers of SFF)