Rivqa Rafael is an editor and writer from Sydney, Australia. She spoke with me yesterday about Mother of Invention, the anthology she co-edited with Tansy Rayner Roberts, for Twelfth Planet Press.

You are currently at WisCon, and you've just had your launch party for Mother of Invention! How was the launch?

I’ll admit I was a little nervous about travelling so far to launch a book among people I mostly don’t know, and there were some visions of a mostly empty room, but it was so much fun! We’ve just gone to press this week, so in lieu of advance copies we had to settle for Australian gift packs—we included Tim Tams (a type of chocolate cookie that most people seemed to appreciate) and single-serve Vegemite (a pungent yeast spread that terrifies many Americans, but some were brave enough to try). In between, we talked about the book, spec fic publishing in Australia, and local cuisine, so it was a great cultural exchange. I know about deep-fried butter now, so I guess I’m inducted into the Midwest? 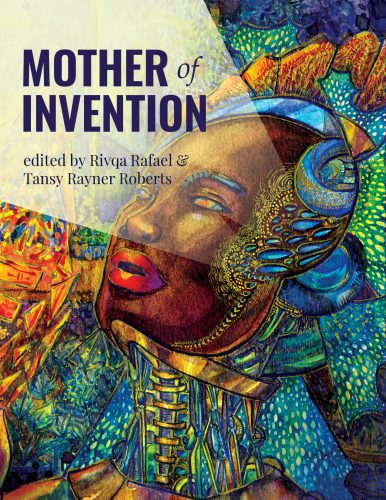 Mother of Invention is a Twelfth Planet Press anthology with "diverse, challenging stories about gender and artificial intelligence." What are some general feelings or insights you think folks will get from the tone and selection of stories in this anthology? What are you most excited about?

First and foremost, I really love the different ways in which our authors approached the theme. Gender identity is complex, and it’s expressed in so many different ways, and I think we captured a sample of that—definitely not a complete picture, because I think that would be impossible, but a decent slice, with an acknowledged bias towards femme identities. By design, our theme invited authors into a space where they could talk gender in very direct ways, if they wished to, and I was thrilled to see how they did this without being didactic.

I was also pleased that we were able to include horror, fantasy, and steampunk in what could easily have been a solely sci-fi anthology—we were always hoping to cross genres. The other thing that truly delighted me was the secondary themes that emerged, of family (chosen, birth, or both), friends, and community. Our genius creators make for themselves not just children or lovers, but also sisters, mothers, and friends. We certainly weren’t overrun with lone, grizzled heroes, which was the last thing that we wanted. Another secondary theme was an exploration of sexual orientation, and I was thrilled to receive stories that were (respectively) frank about female desire, explicitly bisexual, and open about asexuality.

Did you find the submissions reflected your expectations for the anthology? Were there any surprises or eyerolls involved?

We received over two hundred submissions, and they encompassed the full range of what you’d expect. From stories twice the length of our maximum word count to erotica that in no way met the theme, there was plenty that weeded itself out. But we also received many more excellent stories than we could publish, which is always hard. That said, we’re already seeing some of those stories published elsewhere so it’s comforting to think that at least some of those might have been inspired by our call for submissions, even if we ultimately couldn’t publish them.

On that note, I was also thrilled that we received submissions from so many different countries, from authors in various stages of their careers.

This is your first time editing fiction. How has the process differed from editing nonfiction? What do you like about the anthology as a medium?

After some years in critique groups and beta reading, as well as judging science fiction short stories for the Aurealis Awards for two years, I felt reasonably ready to read slush and edit fiction, but there was still a learning curve. When editing academic nonfiction, I don’t need to consider emotion anywhere near as much—that goes for both the intended emotional resonance for the reader, and the feelings and intentions of the author. Fortunately, I have also edited more personal works, specifically memoirs, and I did my best to bring those skills together with my love for, and knowledge of, speculative fiction for this project.

As for anthologies specifically, I love short fiction as a medium. It’s such a fertile ground for exploring ideas and characters; for playing with structure and language. At its best, a themed anthology functions like an art exhibit, and the editors have the wonderful privilege of choosing how the reader will walk through the gallery. Editing the individual stories was a lot of fun (if occasionally challenging), but one of my favourite parts of the whole process was discussing the table of contents with Tansy and getting these wonderful stories into what we think is the optimal order for our readers to enjoy and be challenged.

How would you characterize yourself as an editor?

Regardless of what I’m editing, my primary aim is to gently help the author express what they intended to say in a way that their intended audience will understand. Fixing typos is the easy part; it can be harder to explain what’s confusing and why, or how a certain phrasing can be unintentionally harmful. I fact-check everything and put a lot of thought into what the author is trying to say.

When a story needs a lot of work, I’m never hesitant to mention it, or to offer suggestions of how the story can be better brought into focus, but I do put a lot of thought into how best to broach the subject with the author, especially when I’m going to ask them to consider murdering a lot of darlings. I’ve had good experiences in this regard, working with many authors not only willing to make major changes, but also appreciative of the effort. Being a writer as well, I’ve been on the receiving end of some demanding but necessary and gently worded edits, and I have always tried to pay that forward. 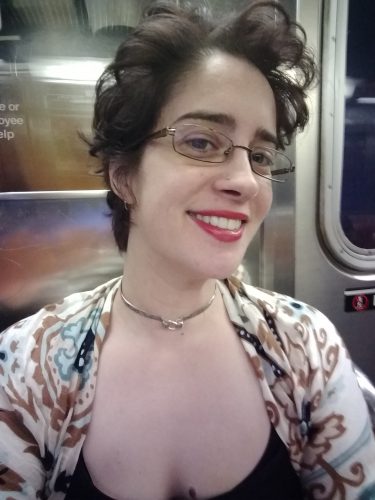 You've traveled a lot in the last few years—the last few weeks especially! What have you learned about yourself as you've flowed through so many new experiences?

Travel is such a privilege, and as such I try to make the most of it. At home I am very routine-driven, so being able to go with the flow and move from home mode to visiting relatives to hardcore touristing is always a challenge, but a fun one. Especially when travelling for conventions, I think my capacity for forming new connections always takes me a bit by surprise. I went to WorldCon in Helsinki last year convinced that I’d be hiding my introverted self behind the other Aussies, but instead I made friends from all over the world, some of whom I’ve been able to catch up with here at WisCon. Everywhere I go I’m struck by people’s generosity and hospitality, and it is refreshing to have experiences that remind me that humans aren’t that bad after all.

Where do you see the Australian market in relation to world speculative fiction? What (or who) do you think folks knew more about regarding your regional SFF?

We can feel a bit like a mouse at an elephant’s feet, but we have a pretty good roar. The Australian spec fic writing community is small but largely supportive, and that can be immensely helpful in tough times. I do wish that people (particularly but not exclusively in the US) understood how comparatively small our population is, and by definition that means our market is smaller—our small presses are really tiny, but they’re doing good work that deserves broader support. I’m obviously biased here, but Twelfth Planet Press is publishing books that I think are important and necessary.

Quite often I come across people who think that they want to read stories with Australian settings, but in practice that’s not what they reach for, so in that respect we’re not the "default," even though marginalised groups are as under-represented here as elsewhere, and I would not call white Australians marginalised in any sense of the word. I wish people understood that we grew up reading stories set in mythical New York, and that being unfamiliar with the setting can be a good thing for readers, not something to be afraid of.

You’re also a writer—one who balances a lot of different jobs. What has helped keep you motivated to write this past year? How do you work through guilt and self-forgiveness?

This year has definitely been a challenging one, as (among other things) I took on a regular side gig that’s reduced my writing time. My motivation comes from continually sharpening the purpose of my writing. My focus is to illuminate the stories of queer Jewish women, to write us back into the stories that never mentioned us because we aren’t supposed to exist (or if we do, we’re supposed to stay quiet). Every time I have a dark moment and think about going back to full-time work, I come back to that purpose: if my writing helps one queer Jewish woman, it’ll be worth it, even if that woman is me. Which is a long way of saying that I’m writing primarily for myself, and that (at least for me) that’s the only way to keep going, to write my own truths, or there’s no point.

I’m also incredibly fortunate to have a regular write club with two wonderfully supportive friends, and the weekly messaging of “be kind to yourself” does have an effect. There’s always too much going on and we never write as much as we want to, but feeling guilty about that is less useful than getting back on the wagon. Or so I will keep trying to tell myself.

Tell me about a story you've written or are writing that you're really happy with.

It’s still in edits, but I’m really proud of what I’ve been calling my “Bible fanfic.” I’m trying to write a story with some modern sensibilities in the sparse, poetic style of the Bible, and like I said, I’m trying to centre queer Jewish women. I really didn’t want to throw the baby out with the bathwater, either, so the protagonist is a woman of faith, and I’m proud of how I’m navigating that. She’s falsely accused of a sin and sent to the battlefield to die, and I drew from many stories to craft this, which was a lot of fun.

Imagine two of your characters locked in a Brazilian jiu-jitsu match. What would happen?

Liora, from the Bible fanfic, is a Temple guard used to spear fighting, so I’m not sure what would happen if she met Limor, the protagonist in my “Jew-jitsu in space” YA story. Limor is new to jiu-jitsu, so hopefully they’d be evenly matched and have some things to teach each other.

Like Loading...
© Copyright 2018 By: Vanessa Rose Phin
By: Rivqa Rafael
About Vanessa Rose Phin
Ness is a queer Baltimorean with a gaming habit and a fondness for green things. At home, Ness works as a learning designer and developmental editor; at cons, ve is the damned morning person and extrovert your mother warned you about. Ve started as an articles editor at Strange Horizons in 2012, and loves interviewing people.
About Rivqa Rafael
Rivqa Rafael writes speculative fiction about queer women, Jewish women, cyborg futures, and hope in dystopias. Her short stories have been published in GlitterShip, Escape Pod, Crossed Genres’ Resist Fascism, and elsewhere, and she recently co-edited award-winning feminist robot anthology Mother of Invention. She can be found online at rivqa.net or on Twitter as @enoughsnark.
No comments yet. Be the first!