Articles
Size / / /
The Condition of a Monster: A Personal Taxonomy of Supernatural Fiction
Orrin Grey

A man breaking his journey between one place and another at a third place of no name, character, population or significance, sees a unicorn cross his path and disappear. That in itself is startling, but there are precedents for mystical encounters of various kinds, or to be less extreme, a choice of persuasions to put it down to fancy; until—"My God," says a second man, "I must be dreaming, I thought I saw a unicorn." At which point a dimension is added that makes the experience as alarming as it will ever be. A third witness, you understand, adds no further dimension but only spreads it thinner, and a fourth thinner still, and the more witnesses there are the thinner it gets and the more reasonable it becomes until it is as thin as reality, the name we give to the common experience.  .  .  "Look, look!" recites the crowd. "A horse with an arrow in its forehead! It must have been mistaken for a deer." (Tom Stoppard, Rosencrantz & Guildenstern are Dead).

I've been in love with monsters for as long as I can remember—the first toy I ever picked out for myself was a rubber Chinese dragon that still sits on a shelf in my parents' house—and throughout the course of my life I've been involved in a lot of discussions about just what it is that makes one thing a monster and another thing not one. I'm also fascinated by taxonomy; by the definitions and classifications of things. And while taxonomy can frustrate and limit, it can also help us to understand a thing in new ways.

A couple of years ago, I learned about the word teratology— "the study of marvels and monsters" —and its various attendant roots and linguistic siblings. While it didn't really do much to help me sort out definitively just what a monster is or is not, it did help me to clarify one of the reasons why I love monsters so much.

In modern parlance, teratology refers to the study of mutations and birth defects, but in its older sense its purview was somewhat broader. For my understanding of teratology, the key lies in the two words that make up its definition: monsters and marvels. My favorite monsters, then, are those that are also marvels. Let's call them teratisms. For whatever a monster may or may not be, a teratism is something more—an aberration, an anomaly, a prodigy, something extraordinary and outside the norm. The product of "un-, sub-, or supernatural forces," as Tom Stoppard says in Rosencrantz & Guildenstern are Dead . In short: A teratism is something to be wondered at.

And just as not all teratisms are monsters (for really, aren't most heroes anomalies, prodigies, things that lie outside the norm?), not all monsters are teratisms. A monster can be stripped of all this, made to no longer possess the qualities of a marvel, by being made too pedestrian, too commonplace.

As a writer I've always struggled to answer the question, "What kinds of stuff do you write?" Not because the stuff I write is too weird, or too difficult to quantify, but because of that aforementioned obsession with taxonomy. In his famous essay "Why I Write Horror," Ramsey Campbell says, "One reason I stay in the genre is that I haven't found its boundaries."[1] In the world of horror fiction, all the maps say that "Here, there be dragons."

I don't necessarily disagree with any of the conclusions in Mr. Campbell's essay, the problem is that when I call what I write "horror" I always feel as if I'm being disingenuous. While I love monsters and old dark houses and creepy stuff like that, the fear, the horror, has never really been what interested me. On the inside flap of The Best of Robert Westall: Shades of Darkness, it says that it was "the infinite strangeness of the supernatural that fascinated Robert Westall, not the horror," and that's pretty near to my own sentiment on the subject. If I hesitate to say that I write horror, it's not because I am scornful of horror as a genre, but because it isn't the horror that fascinates me, but the "infinite strangeness of the supernatural."

This may be a semantic splitting of hairs, and certainly, like any taxonomical classification in a field as malleable as fiction, it's a problematic distinction. Questions arise as to the boundaries between, say, supernatural fiction and magic realism, not to mention surrealism, the New Weird, etc. The only way to create a true taxonomy of fiction would be to label each individual writer and book and story with its own unique tag. That's not something I'm interested in doing. For all my fascination with taxonomy, I'm not interested in prescriptions or limitations or even hard-and-fast definitions. I use my classification of supernatural fiction not as a rule for what a story should or should not contain, but as a guide to help me identify and remember what I'm looking for in a supernatural tale, both as a writer and as a reader; a roadmap to some of the things that work for me and why they work as well as they do.

Almost all stories in what we call "genre" fiction (sci-fi, fantasy, horror, whatever) have one or more fantastical—or at least unusual—phenomena at their heart. What makes a story supernatural in my mind is how these phenomena are handled. 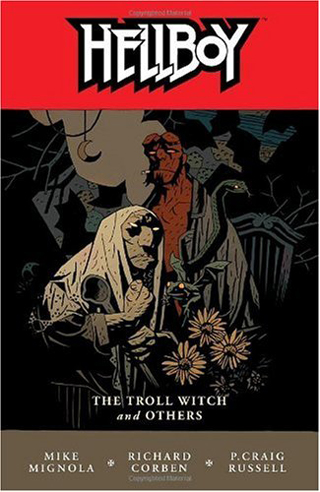 One of Mike Mignola's many supernatural volumes from Hellboy.

I hate rules and regulations in supernatural stuff. I hate things like coming up with a formula that says, "If you're bitten by a vampire, after three days you turn into a vampire." That's not in the old folklore, and in my view, as soon as you put rules on things, it becomes science fiction. [2]

Take, for example, the ghost stories of M.R. James. In "Count Magnus" , we are left in the dark as to the nature of the mysterious revenant and his diminutive accomplice, as well as the titular Count's so-called "Black Pilgrimage." Or in "Oh, Whistle, and I'll Come to You, My Lad," we are never told the origins of the strange whistle, or precisely what phantasm it summons. Nor is James the only exemplar of this. In "The Upper Berth", by F. Marion Crawford, we never learn the identity of the ghost, or even if it was a ghost at all, only that "it was dead, anyhow."

What I mean by that is that the Universal Monster films, which were great for the most part, popularized, for the sake of plot expedience, the idea that monsters could be dispensed with through simple mechanics. Obviously those means, the stake, the silver cane, etc., came from legend, but they were emphasized in the films, and treated as sort of rules. In the folklore, one story would have the werewolf die one way, another would be very different. But the immense popularity of the Universal films led subsequent storytellers to streamline it further and further. If you need to cram in the comic relief, the love story, the second-act climax, and wrap it up in a bow that has people leaving the theatre feeling good, you don't have a lot of room to let the supernatural stuff really feel above nature.[4]

III. The Power of Suggestion

H.P. Lovecraft once said that "suggestion [is] the highest form of horror-presentation." I think of this as less an affirmation of the old saw that things are scarier in direct proportion to how well (or how much) you see them, and more an exhortation that it's not the monster itself that's so scary at all but rather what that monster, by its very existence, suggests.

To put it another way, the thing that makes a vampire interesting in a supernatural story is not that it will suck your blood, but that it is a vampire at all. That it is a teratism, a thing outside of commonly accepted possibility. The better such a creature is understood, the more bound in rules it is, the more pedestrian and commonplace it becomes and, therefore, the less supernatural. 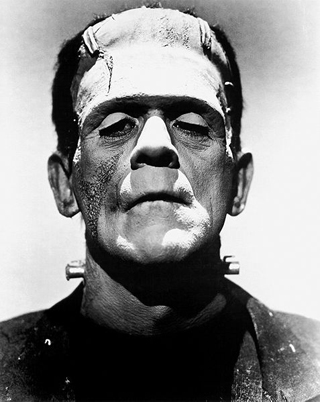 In a show like Buffy the Vampire Slayer, the vampires are well understood. Everyone in the principal cast knows they exist, and what rules they follow, and how to kill them, without fail. Such shows are great but they're not what I think of when I think of supernatural fiction. They're not stories of mystery, of "bits that are beyond human comprehension." By this taxonomy, they belong more closely to the realm of fantasy, or to superhero stories.

In world folklore you can certainly find examples of vampires that conform to all (or at least most) of the modern stereotypes, but you can also find vampires that turn into moths, that control the weather, that cause eclipses. You can find werewolves that are undead, and werewolves that have sold their soul to the devil, and werewolves that were never humans in the first place. Folklore itself is not a closed system, as it is often perceived, but changes in the telling, adapting to fit new places, situations, and needs, only becoming codified at all when it is finally written down—often years later—by some folklorist, whether amateur or professional. One of the great joys of supernatural fiction such as Mike Mignola's Hellboy is that you might encounter a monster in its pages and then, in a later issue, encounter a similar monster with completely different origins or traits.

Where a lot of the satisfaction of a good detective story lies in the solution of the mystery at the end, much of the satisfaction of a good supernatural tale lies in what we still don't know once the last page is turned. Not necessarily in the ways of certain "ghost stories without ghosts," where the objectivity of the phenomenon itself is in question, where the protagonist might simply be delusional, but rather in the way of stories where the phenomena are undeniably real, but their causes or limits or rules remain at least partly unknown.

I said earlier that a teratism was something to be wondered at. "Sense of wonder" is a phrase that gets tossed around a lot in genre circles, so much so that it's become almost meaningless. The sense of wonder that I'm talking about is roughly synonymous with the sense of wonder in "I wonder." It is the wonder that comes with mystery, with not knowing, with things that are not fully or completely understood, things that are "beyond human comprehension." A phenomenon that is completely and perfectly understood may be a great piece of fantasy or science fiction or even horror, but it's no longer something to be wondered at, no longer a violation of the natural order, no longer a mystery, no longer a teratism, and therefore, by this definition, no longer supernatural.

Like Loading...
© Copyright 2010 Orrin Grey
About Orrin Grey
Orrin Grey is a skeleton who likes monsters. He writes short stories of the macabre, occult, and supernatural, some of which have appeared most recently in Silvia Moreno-Garcia and Paula Stiles's Historical Lovecraft and Candle in the Attic Window. His first collection, Never Bet the Devil & Other Warnings, is due out soon from Evileye Books. You can find out more at Mr. Grey's website, or can contact him via e-mail at: orringrey@gmail.com.
No comments yet. Be the first!