Hope in the future is at the core of who I am as a person and as a writer. I seek it in my readings, and I incorporate it in my writing.

I, like many writers, have favourite character archetypes. Characters I love to write and read, that always end up at the top of my favourite lists, no matter how much I try to pay attention to the others. Among these is the Character Who Always Smiles, the one who will grin no matter how dire their situation becomes, whose positive attitude never falters, even when it quiets into a more discreet, self-contained love for life. I am by nature a very positive, optimistic person, so a part of this fascination is from recognising myself. Yet more than the mirror they offer, these characters captivate me because of their innate resilience. They smile because they refuse to accept defeat, to let someone tell them who they should be, or to succumb to nihilistic doom—and their hope in the future is the source of their strength.

Ironically, I like my fiction fairly dark, with worlds and storylines that set characters against terrible events and odds. I am, also, drawn to political storylines that abound with treachery and betrayal. For a long time, I did not know how to reconcile these two things: I enjoy fluffy stories, but they don’t sate my deepest fiction needs. Grimdark stories, however, crush hope and kindness into dust, spitting on these things as weak and misguided. I enjoyed them to some extent, but it always left a bitter taste in my mouth.

The truth is, I’ve had enough of stories where your best friend or your closest family members are your most bitter enemies, where anyone you’re not in love with is an opponent to defeat, a potential traitor. Enough of stories where heroes must use each other as mere pawns, nothing more than pieces in a game, and abandon the “weak,” the naïve, the nice ones. Cruel ruthlessness is not our strength. It will not save us, and it should not be hailed as an acceptable means to an end, no matter the end. Our strength is in collaboration, in communities who link arms in the face of dangers, in perfect strangers donating to other people’s crowdfunding campaigns, and I want fiction to reflect that. I want characters who value their friends, who see perfect strangers as full-fledged human beings worthy of their help, and who fight the world with hope and kindness to be rewarded for it. 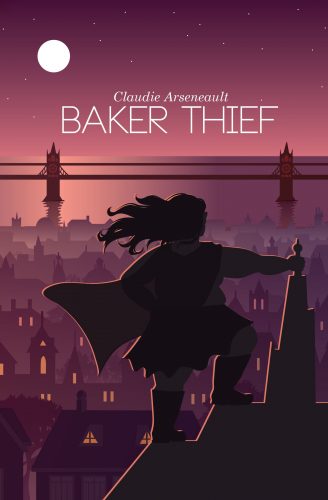 And if you’re like me? Well, I have good news for you, friend. These stories exist, and they’re every bit as brilliant and uplifting as you imagine them to be.

I first encountered them when I stepped away from traditional publishing to look at what marginalised self-publishing authors wrote and published. While mainstream SFF is still fairly obsessed with gritty stories and inescapable dystopias, indies are penning beautiful stories of found families and healing traumas, of queer disabled people helping each other in a world that is out to get them. One of my first contact with such stories was through RoAnna Sylver’s Chameleon Moon and its wonderful cast of superheroes trapped in a quarantined city slowly sinking into fire and supervised by dystopian armed forces. Sounds dire, doesn’t it? And yet Chameleon Moon is all about beating back despair, finding strength in each other, and choosing kindness and love over violence and treachery. “Everything is going to be okay” is not only a character’s mantra within the book: it is a promise to the reader. This is a genre Sylver cheekily dubs dys-hope-ia, and it set the bar high for everything I read after.

However, Sylver is far from the first or last author to write with kindness in mind.

While their darker approach suits me well, there are several ways to centre hope and kindness in speculative fiction. You can build your alien diplomacy plotline to eschew heavy military actions and centre mutual understanding, non-verbal communication, and forgiveness, as Kaia Sønderby does in Failure to Communicate. You can pay particular attention to consent and boundaries, as is beautifully done in Rose Lemberg’s “A Portrait of the Desert in Personages of Power.” Or you can write stories with smaller stakes which focus on the myriad ways people support each other in their daily lives. I am thinking here of “Né łe!”, by Darcie Little Badger, which features two Native lesbians slowly falling in love as they care for forty chihuahuas and one husky on a long travel to Mars, or of A Promise Broken, by Lynn E. O’Connacht, in which a four-year-old deals with her grief with the help of her somewhat clumsy uncle.

These are all kind stories because they recognise and respect their characters’ humanity. Sylver makes an interesting distinction between “Good Pain” and “Bad Pain," which you can find in this insightful Twitter thread. In short, Bad Pain is voyeuristic and objectifying. It profits from trauma and marginalised identity without regard, then discards them. Good Pain, however, often comes from marginalised people, and it is cathartic writing, fuelled by love, hope, and respect. It treats its subject as human and can lead to healing. Kind stories can be dark, but if they are, then they must work with Good Pain, or they only reinforce existent traumas.

What counts as “kind," however, will vary largely depending on whom you’re speaking with. I seek stories in which the kindness emanates at least in large parts from platonic relationships, or with large communities and ensemble casts in which not everybody falls in love. I no longer count the number of darker stories where romance is the beacon that shines in the dark, the sole drive of hope and kindness, the source of all healing. We depict aromantic people as unloving, isolated, egoistic—as if without this inclination towards romantic love, they are incapable of benevolence at all. I am tired of being shut out of stories about empathy; I want inclusion, even if I don’t need to always be centred. That, for me, will always require stories that recognise the importance of platonic relationships and never tie your capacity for goodness and healing to the ability to experience romantic attraction or, more typically, the desire to develop a romantic relationship.

As you can see, there are a lot of different ways to show hope and kindness in any storyline. One of the most amazing features of science fiction and fantasy is to build new worlds from scratch, or to project our own far into the future. Oppression is structural, but nothing says we have to reproduce those structures in our writing. A good example of this is Shira Glassman’s Mangoverse—a Floridian Jewish fantasy kingdom with a lesbian queen and her bisexual cook consort. It’s not devoid of oppression (the queen faces ableism related to her food allergies, for example), but it’s incredibly uplifting, and Shulamit famously looks for the kinder, less violent solution to any problem. You can read Climbing the Date Palm for an excellent labour rights story which deals with conflict between kingdoms that doesn’t devolve into war.

One of my favourite genres for hopeful worldbuilding is solarpunk. Solarpunk is a green community-driven inherently political science fiction subgenre. It posits that when faced with climate change, humanity came together and found sustainable solutions to avoid the worst of the disasters.

Solarpunk as a literary genre gained steam as a direct counter to grim dog-eats-dog apocalyptic worlds. Much like my characters that smile no matter how dire the situation, solarpunk refuses to be defeated in the face of climate change. More than that, however, solarpunk often imagines worlds where huge social leaps have been made. It imagines more inclusive worlds, where local cultures are celebrated and disabled people see their accessibility needs met. It sheds away imposed gender rules, makes room for non-nuclear family units, perhaps even casts off the trappings of capitalism. Who knows? Solarpunk is a new subgenre with big ideas, and it is up to us to build these worlds. In that regard, solarpunk offers unique opportunities to redefine what matters and wrench our stories away from brutal dominant narratives. Here in solarpunk narratives, kindness and compassion are expected, not derided.

Many have called solarpunk naïve and pointless utopia, but there is nothing pointless in dreaming. When we imagine the future as we want it, we concretise it. We take our lofty ideals and make them real, attainable. And solarpunk stories are more than the objective: they are the road map, too. The fights along the way, the hardships as weather-beaten cities reform their means of food production, the struggles of self-sustaining communities shut down by governments who don’t want them off-grid. That is the –punk suffix. It is a rebellion against despair and fatalism, a refusal to accept false universal truths pushed down our throats through a promise to ourselves to create kinder, more hopeful worlds. We can read such stories in anthologies such as Sunvault: Stories of Solarpunk and Eco-Speculation.

We often speak of fiction as a mirror of reality, but this relationship is mutual. When we write fiction that deals in Good Pain, that upholds kindness and rewards soft characters, we show the importance of these things to our readers. We prove they have value, that heroes with these traits are heroes we can love, that the universe doesn’t need to be as it is today. Fiction cannot only represent the world as it is; it must also reveal the world as we want it to be. 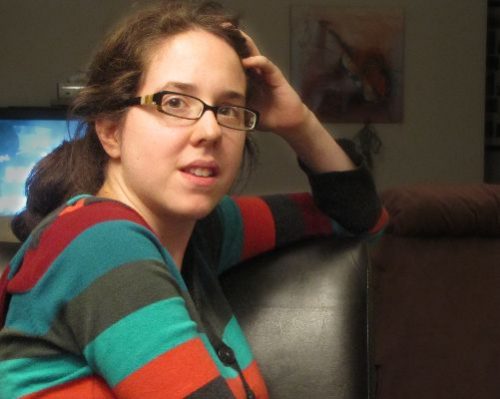 Kindness is not in whether people are nice to each other. “Niceness” means little to me when it is wielded as a weapon against marginalised groups. Kind fiction allows not only for fluffy stories or fun adventures; it gives space for anger, for self-discovery, for complexity and messiness. And it portrays better futures, too, where these stories get to be more than fiction.

Claudie Arseneault is an asexual and aromantic spectrum writer hailing from Quebec City. Her love for sprawling casts invariably turns her novels into multi-storylined wonders centered on aromantic and asexual characters. Her high fantasy series, City of Spires, started in February 2017. Her next book, Baker Thief, features a bigender aromantic baker and is full of delicious bread, French puns, and magic.

Claudie is a founding member of The Kraken Collective and is well-known for her involvement in solarpunk, her database of aro and ace characters in speculative fiction, and her unending love of squids. Find out more on her website!

4 comments on “Constructing a Kinder Future”

I absolutely loved this article. I was already familiar with most of the recommendations, but this gave me more motivation to read the ones I haven't gotten around to yet, as well as motivation for my own writing and worldbulding 🙂 Thank you, Claudie!

The Aromantic and Asexual Database: A Shield Against Illusions – YA Pride

[…] and her unending love of squids. She was long-listed for the 2018 BSFA Awards for her essay Constructing a Kinder Future in Strange Horizons. Find out more on her […]