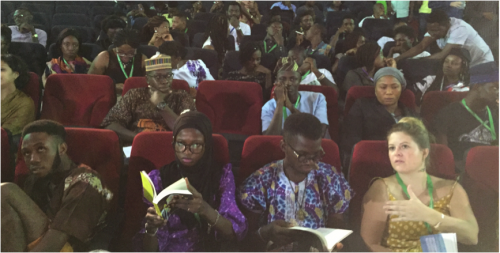 Ayodele Arigbabu sets up a workshop for Lagos 2060 and that inspires Mazi Nwonwu, who attends Farafina disconsolately until Binyavanga Wainaina tells him that he loves SF and suggests that Mazi should set up a portal; and then Ayo and Tade Thompson encourage him; and meanwhile Farafina puts together an anthology and for it, Chinelo Onwualu edits Mazi’s story and gets in touch and says, “I’m a fan too”; and they and the Nerds all meet in Abuja and so Omenana is born; and since both Chinelo and Mazi had stories in AfroSF, and Ivor Hartmann wanted people to interact, they therefore have the email addresses of the other contributors so they are able to get name writers to contribute to issue one; and so Farafina asks Mazi to give a talk each year to the workshop so that writers like Edwin Okolo are also inspired to write SFF now that there’s a place that publishes it, and so the writers get feedback and validation—not to mention the exacting editorial input of that taskmaster Chinelo Onwualu—so that Mazi is able to say in 2016 how much better writers like Suyi Davies are getting, how the whole field is getting better.

Or it could be the guys in Nairobi pulling together Jalada, or the folk behind Saraba, or Brittle Paper, or Imagine Africa 500 or Femrite or Writivism.

Literature is not a form or forms—those are the outputs. Some people use “literature” to mean anything written that’s really good. But there is no present-day Aristotle, let alone a dominant culture. There is no authoritative aesthetic. We all get to say what is beautiful and why, so “literature” in that sense, in my opinion, is a self-aggrandizing way of saying you like something.

For me, literature is a social process that produces and then appreciates written work. We all play different roles at different times as readers, fans, writers, editors, publishers, critics, commentators, even agents or journalists ... and back again.

It’s a circular, self-reinforcing process—and at its strongest it resembles a whirlwind.

Next in Part Ten, I take a van (see photo below) and a plane to Abuja where I talk to Chinelo Onwualu, Odafe Atogun, and Vivian Ogbonna. 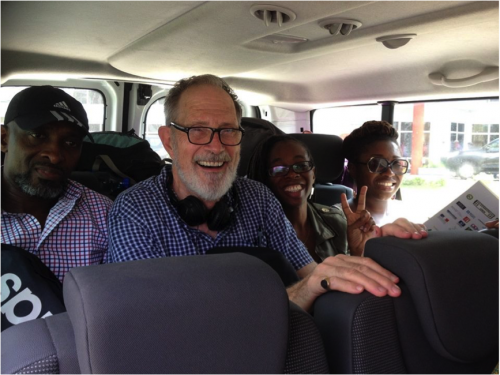