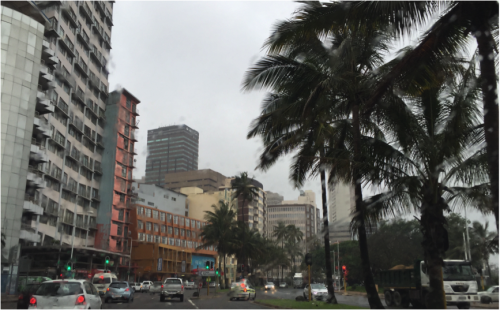 I went to see Durban because Nikhil Singh had told me that the phantasmagoria of his novel Taty Went West had its roots in the city. In that novel The Zone is a place of decaying hotels, prostitutes, gritty docks, and seaside piers on which sangomas (who are literally panthers) live. 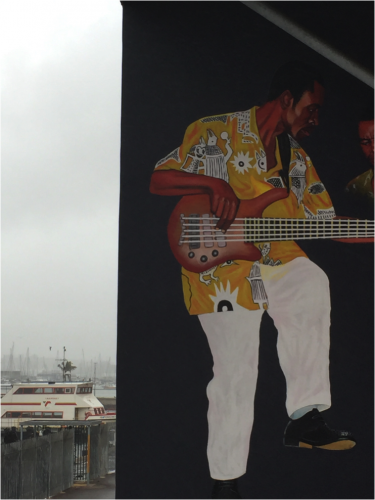 Contrast: wall of an arts centre next to Durban harbour

It’s a resort town whose prosperity was in part based on sanctions—South Africans couldn’t travel so they went to the seaside in Durban. Now it’s a strange mix of decaying luxury, a harbour, a city of arts, a university town, a colonial capital, and a market town for a huge agricultural surround.

Flying into the airport, I saw at once what I had been missing in Cape Town: green. Durban had been a centre of sugarcane production, and all along the coast there were still farms and swathes of greenery.

It was pouring with rain—something else I didn’t see in Cape Town.

After our interview, Stephen Embleton drove me through a storm around the sites of Durban. In the rain, old colonial Durban was full of haunted palaces. 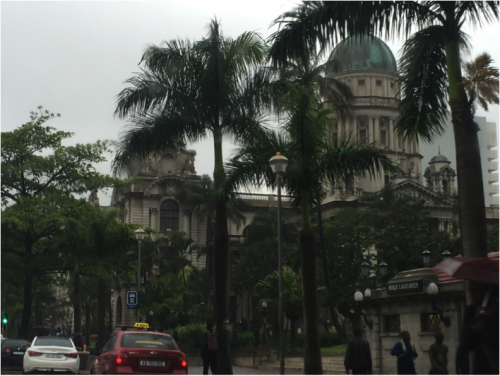 I think I saw two different harbours, one at the north end of the bay and one further south. This is the north, by a harbour-front arts centre. 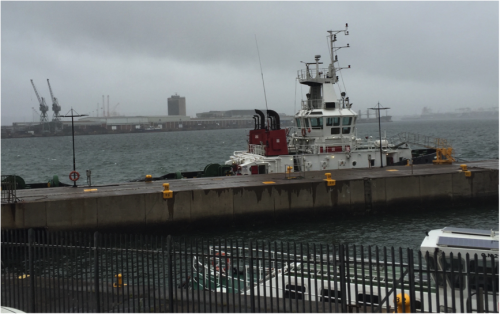 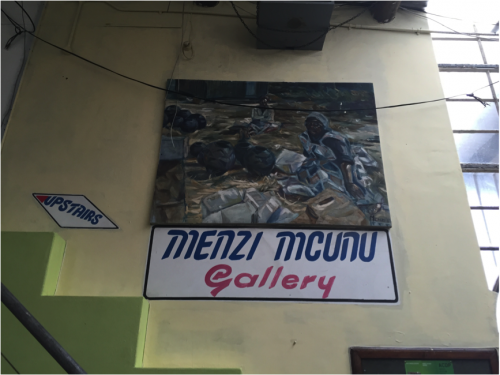 Stephen took me on a tour of this arts centre. It was full of sculpture, lively signage, portraiture. 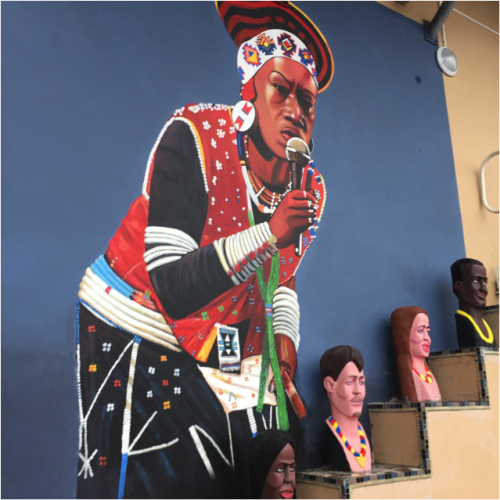 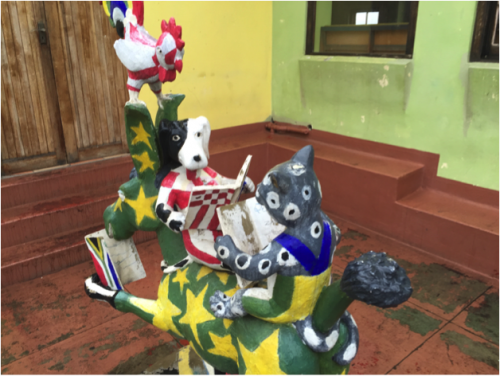 Everywhere, there were signs that Durban had seen better days. Right on the seafront, some of the older skyscrapers looked crammed in, lopsided, one with broken windows and needing paint. Whole buildings were up for auction. 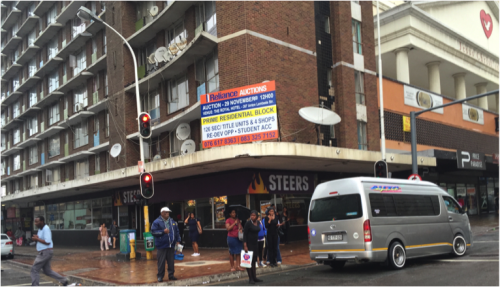 The next day, Blaize Kaye and I walked along the seafront. The weather was better, but the impression of a beach resort without tourists was strong. 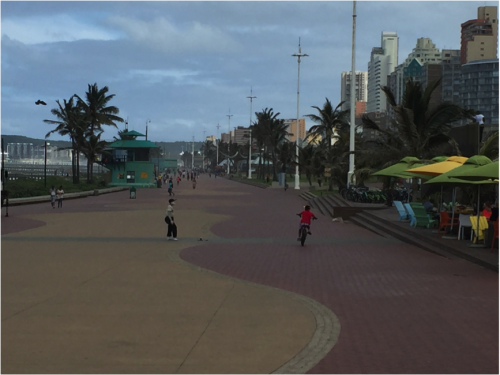 It was full of the eccentricities of faded amusements. A cable car still rattled overhead—and deposited people in a concrete waterfront Wild West recreation. 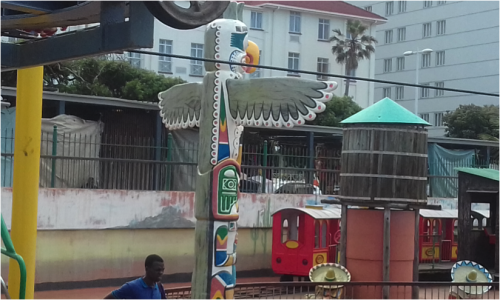 At one end of our walk, a stranded tanker turned into attraction. 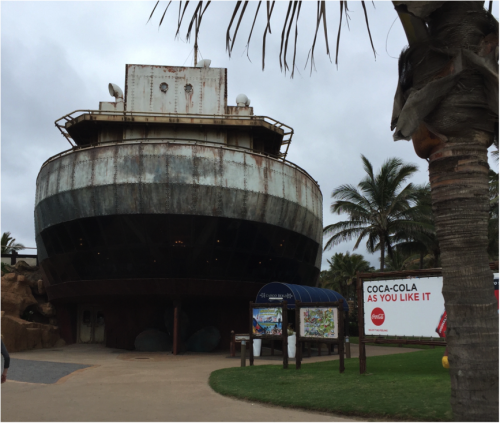 In the first South Africa chapter, I described an incident when I was staying with a black writer in Durban. I walked into my host’s kitchen with groceries for dinner. Seeing a white man invading her kitchen, she backed away in evident terror. My bedroom had a panic button. South Africa is full of fear and tension. On balance, I didn’t enjoy my stay there.

I did, however, meet some lovely people.