Articles, Non-Fiction
Size / / /
"The lost and disappeared voice": An interview with Ibtisam Azem
By: Gautam Bhatia
By: Ibtisam Azem

[Ibtisam Azem is a Palestinian writer. Her second novel, The Book of Disappearance, has been described by Molly Crabapple as “using a magical realism as cool and lacerating as that of Borges,” and by World Literature Today as a work of “fantasy and magic realism [that] reflect[s] reality.” This interview was conducted by Gautam Bhatia via Google Doc during March and April 2020.] 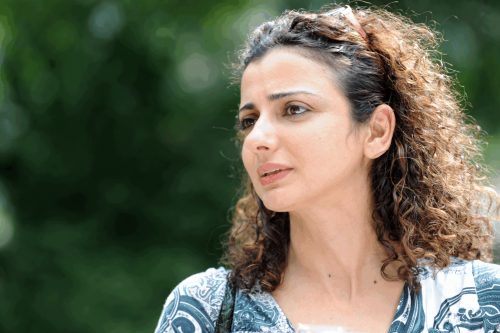 Gautam Bhatia: The central premise of your novel involves the sudden—and inexplicable—disappearance of all the Palestinians living in Israel. In the Afterword, Sinan Antoon describes this as “the colonial fantasy par excellence.” Was your choice of genre motivated by a desire to explore what happens if that “fantasy”—the actual, physical disappearance of a people - becomes reality? 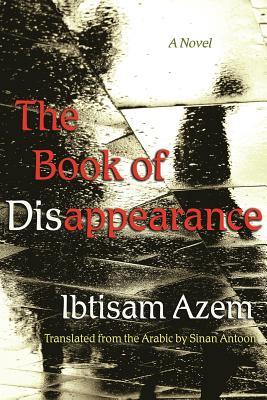 Ibtisam Azem: Let me, first, clarify that the disappearance takes place in all of historic Palestine, meaning Israel, the West Bank, and Gaza. But the focus is on one city, Jaffa/Tel Aviv, due to their significance and symbolism in the country’s modern history. There are several dimensions. There is the literal disappearance which you mentioned and that’s the main productive theme. But there are other dimensions as well. Most importantly, what happens in states and to people whose identities are founded on the violent exclusion and denial of the “other,” “the enemy”. This includes the racist denial of the existence of the others as a people. And if and when the other is present, that presence is linked to negativity (a source of danger and fear).

So, on the ground, the other is absent, except for fulfilling certain functions (the terrorist). If the other is present in a positive way, it is also functional: the Palestinian worker, cleaning woman, or friend. Even “Palestinian” is not  usually used in Israel. We are called “Arabs.” In 1969 Golda Meir claimed that there was no Palestinian people as such. Now Israelis cannot deny that Palestinians exist, but this recognition is complicated and problematic.

I wanted to retrieve the lost and disappeared voice. It is true that Palestinians disappear in the novel, but their narrative presence returns with the grandmother’s character. It was important for me to choose a woman to be the reservoir of social and collective memory. The narrator is her grandson who moves between his life and her words. There is another important point. The actual disappearance that took place in 1947/8 when five hundred villages were destroyed and/or depopulated and seven hundred and fifty thousand Palestinians were displaced by Zionist militias. They were not allowed to return. Those who remained, like my grandparents, live today with the catastrophe and in a place marked by it. The Nakba is still ongoing on many levels and my novel deals with the meaning of living in such a space.

GB: Just to follow up on this last point—what made you choose the form of allegory—or magical realism—to address these issues, instead of, say, historical fiction (such as in Isabella Hammad’s recent The Parisian, or realist fiction)? The Book of Disappearance is unique in that you take a very concrete reality—something that you live through yourself—and use the fantasy/magical realism form to express it. Was there something specific that prompted you towards this choice of form?

IA: This is an interesting question. I think there were both conscious and unconscious reasons behind it. Creative writing is my favorite “home” and despite the challenges and difficulties one faces, there is an indescribable rewarding feeling in writing. Choosing a historical fiction framework would have imposed a frame that would be constraining, especially in terms of developing characters. Having said that, there is a lot of research in social and political history that I had to do for the novel, as well as readings on architecture. But what is important is that the reader not feel that and that this knowledge is integrated seamlessly.

GB: Speaking of allegories, there is a long tradition of writers making use of the genre of fantasy and/or magical realism to portray the situation of Palestinians in Israel. Do you see The Book of Disappearance as part of a tradition of writing exemplified most famously by Emile Habiby’s Saeed the Pessoptimist? 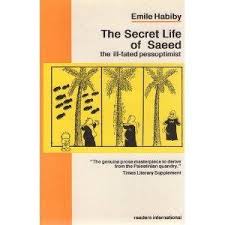 IA: I was of course influenced by the great Emile Habiby and his style and sarcasm. He is a towering figure in Arab and Palestinian literature. Habiby was channeling classical Arabic styles and genres, such as the maqamat, the picaresque prose genre. There is also one of the greatest books of all time, The Thousand and One Nights (The Arabian Nights), which I read as a teenager and it fascinated me a lot. The stories of the Nights included all kinds of fantastical tales and tropes and their translations eventually influenced the rise of magical realism.

A writer is influenced by and indebted to literary ancestors, but one tries always to bring a new perspective. Literary devices and whichever style one chooses are means and not ends. The world my characters (and the humans they are modelled after) inhabit, and the sociopolitical reality they are embedded in, are quite bizarre in many of their aspects. “Stranger than fiction.” So elements of fantasy/magical realism are quite suitable to reconstruct that social reality

GB: This reminds me of something that Chinua Achebe said—while discussing contemporary African writing, he said that the sense of reality that he inhabited was simply wider and more capacious than what his “Western” audience was used to—so the things that they considered fantastical were, for him and his fellow writers, nothing more than expressing that wider reality. Is that a sentiment that chimes with you as well?

IA: Yes, to a large extent. The lived reality of people in the global south is still filtered through mainstream Western media and packaged and reduced and simplified for easy consumption, or sensationalized and exaggerated in a very superficial manner. The “other” and their culture are rarely seen and/or understood as three-dimensional humans inhabiting a complex social world. This dynamic impacts the way literature coming from the global south is read or misread.

GB: In the recent volume of short stories—Palestine +100—there are a number of stories that construct alternate realities and futures for the Palestinian people. There is also Ibrahim Nasrallah’s The Second War of the Dog (which has not yet been translated into English). What do you think of this spate of contemporary writing that uses speculative fiction and fantasy—and do you think that the genre is becoming mainstream when it comes to contemporary Palestinian writing? 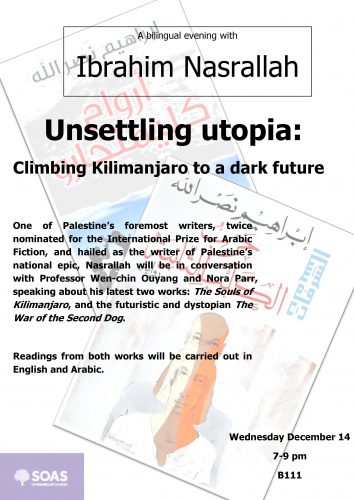 IA: Yes, it is “trendy” now in Arabic literature. I should say that there were two issues of Journal of Palestine Studies (in Arabic) that asked writers, not only Palestinian writers, to imagine a future Palestine, using literary, but other genres too. But since these were in Arabic, they are not on the radar. This is another problem. The disproportionate attention on what appears in English or is translated to it, as opposed to what circulates locally, is problematic.

I personally try to fuse genres in my writing, but in a spontaneous and not forced manner and as long as it doesn’t take away from substance. What I fear about trends and fads is that they end up domesticating what we produce.

GB: The point on translation is well-taken—The Second War of the Dog, for example, has not yet been translated, and I only know of its existence because of the amount of time I spend on Arablit.org! One final question: in his Foreword to Elias Khoury’s Little Mountain, Edward Said writes that:

[In] Lebanon and Palestine … for whom their national identity is threatened with extinction (the latter) or with daily dissolution (the former). In such societies the novel is both a risky and a highly problematic form. Typically its subjects are urgently political and its concerns radically existential. Literature in stable societies is replicable by Palestine and Lebanese writers by means of parody and exaggeration, since on a minute-by-minute basis social life for Lebanese and Palestinian writers is an enterprise with highly unpredictable results. Above all, form is an adventure, narrative both uncertain and meandering, character less a stable collection of traits than a linguistic device, as self-conscious as it is provisional and ironic.

To what extent would you say this reflects your choice of style in The Book of Disappearance? 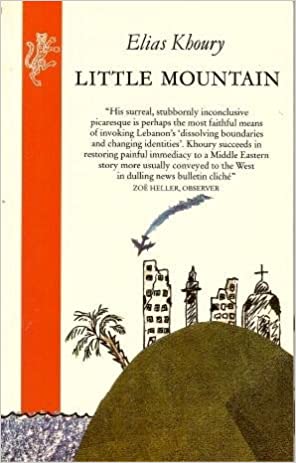 IA: Said’s foreword was in the first English translation in the late 1980s (Khoury’s Little Mountain was published in Arabic in 1977). The Lebanese Civil War was still raging and the first Intifada was ongoing. So, it was an exceptional period with a sense of urgency. Not that some of the forces and dynamic that were active back then are not now, but much has changed as well, in politics, and in terms of styles of writing. And, yet, much is still the same. I am writing about people whose identity (and memory) is threatened. Zionist discourse and the Israeli state are always trying to muffle the Palestinian narrative. But, to use one of Said’s phrases, we don’t need “permission to narrate” anymore. Form is an adventure and a vehicle for us to tell our stories. I also want to stress that the political commitments of readers and critics should not result in neglecting the aesthetics of Palestinian literature.

Like Loading...
© Copyright 2020 By: Gautam Bhatia
By: Ibtisam Azem
About Gautam Bhatia
Gautam Bhatia is based in New Delhi, India. When not at his day job as a lawyer and legal academic, he tries to lay hands on the latest works of historical and speculative fiction—with a particular taste for high fantasy and Orwellian dystopias—and read them from cover to cover. He has reviewed before for the Jadaliyya Magazine, and blogs about books at anenduringromantic.
About Ibtisam Azem
Ibtisam Azem is a Palestinian short story writer, novelist, and journalist, based in New York. She has published two novels in Arabic: Sariq al-Nawm (The Sleep Thief, 2011) and Sifr al-Ikhtifaa (The Book of Disappearance, 2014), both by Dar al-Jamal (Beirut). The Book of Disappearance, (tr. Sinan Antoon) was published by Syracuse University Press in 2019.
No comments yet. Be the first!