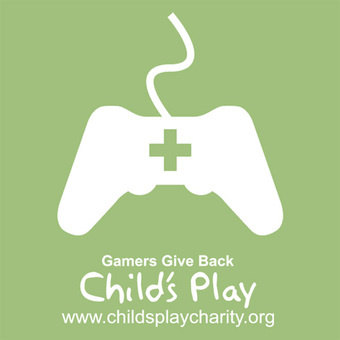 Penny Arcade is one of the most popular webcomics in existence. Boasting over two million pageviews daily, the comic satirizes and lampoons everything from iconic 1980s cartoons to sketchy fantasy books—but video games have always been their bread and butter. Since Jerry Holkins and Mike Krahulik debuted Penny Arcade in 1998, the comic, and its viewership, have grown by leaps and bounds. Holkins and Krahulik belong to a very small circle of creators whose webcomics have become self-sufficient. Their ties to gamer culture are strong; they've produced strips for Blizzard's World of Warcraft strategy guide, and created a series for Bioware in advance of Dragon Age: Origins. Holkins and Krahulik offer podcasts occasionally, and recently Penny Arcade debuted Penny Arcade TV, a documentary which airs three to four times per month on their website. Penny Arcade even has its own gaming convention, PAX, which has steadily outgrown its venues in Washington and is now scheduled to hold a sister convention, PAX East, in Boston.

In short: they're successful and they're busy, and if the previous paragraph listed all of Penny Arcade's accomplishments, that would certainly count as a series of significant achievements.

Penny Arcade began Child's Play in 2003, in response to an article which appeared in The Daily Herald: "Violent video games are training children to kill," by Bill France. The article was published on November 18th; on November 24th, Krahulik made a news post on Penny Arcade's front page, titled "Child's Play." In it, he wrote, "If you are like me, every time you see an article like this one, where the author claims that video games are training our nations [sic] youth to kill you get angry. The media seems intent on perpetuating the myth that gamers are ticking time bombs just waiting to go off. . . . You guys have proven yourselves to be a powerful force when stirred into action. Here is your opportunity to use that power to do some real good."

That first year, Penny Arcade partnered with the Children's Hospital and Regional Medical Center in Seattle, Washington; donations, in cash and toys, exceeded $250,000. Child's Play has expanded every year, and it doesn't look like their growth potential is going to slow down any time soon. The charity now includes over sixty hospitals worldwide. Donations have grown substantially over the last six years—the final tally for 2009? $1,780,870.40.[1]

There are several ways to donate. On Child's Play's website, images of maps studded with video game controllers denote the locations throughout the U.S. and the rest of the world where Child's Play has partnered with hospitals, making the donating process easier and also more personal. For example, I can donate to my local hospital, the Children's Hospital in Birmingham, Alabama, where one of my cousins spent quite a lot of time as a child. She underwent multiple ear surgeries; for her and countless other children, a GameBoy or children's movie would make a huge amount of difference in brightening their day. Clicking on a controller on any given location takes you to that hospital's Amazon wishlist; the annual toy drive runs from November until the end of December. Monetary donations, however, are always accepted via Child's Play's website.

The drive for 2010 is already underway, and several events have already been scheduled. For example, a gamer named Shaun Appleby is scheduled to play World of Warcraft for twenty-four hours, from February 23rd to 24th, to raise money for Child's Play. Later in the year, the 3rd Annual Super Mario Marathon is scheduled for June 25th. "Operation Rescue Princess" will pit three gamers against, well, Mario: they'll be playing through the Mario series nonstop. Last year, the Mario Marathon Team raised over $29,000 for Child's Play. The annual charity dinner and auction should take place sometime in December; previous auctions, like the one in 2006, have offered items such as an appearance in a Penny Arcade comic strip, or a tour of Bungie.[2]

The results of the charity are staggering. Since its inception, Child's Play has raised $6,704,247. Looking at it another way, they've raised enough money to buy 51,971 Nintendo DS Lites, taking the term "good Samaritan" to an entirely new level. And if there's any question of whether Child's Play is, in fact, making a difference, one has only to take a glance at Child's Play's website, where letters from former patients and parents of patients are posted. An excerpt from a letter written by Alan, father of a former patient, tells the story better than numbers ever could. "To be sitting there with your child who can barely move for all the tubes and wires connected to him, who hasn't been able to eat for days and hasn't been home in weeks, who can't remember the last time he didn't feel awful and wonders if he'll ever feel good again, and have him laugh out loud when he crashes his go-kart in a video game. . . well, there aren't words so I won't try." [3]